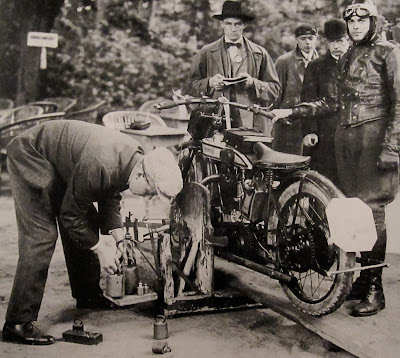 This picture shows mr Karel van Berlage and his Model 18 Norton at the very first Dutch TT held in 1925. Fifteen motorcycles competed in the 500cc class, six of which were Nortons. The race was won by Piet van Wijngaarden on his 1925 Model 18.