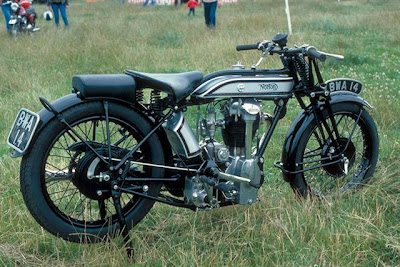 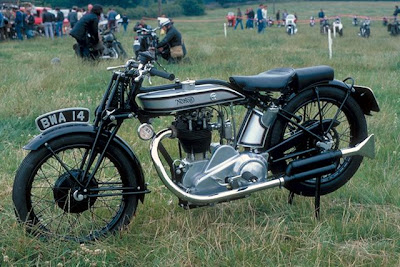 I've seen pictures of this Norton before and recently it surfaced in the Czech Republik. Walter Moore designed both this engine and the famous three stay cradle frame; both made their public appearance in the summer of 1927 and it's very unlikely the factory would have fitted the new engine in a frame that was outdated at the end of the 1920s. Who knows more about the history of this particular machine?

Several people (Simon and Richard) have suggested it was put together by the late Wilf Green in the 1960s.
Newer Post Older Post Home