Sent by Peter in Canada 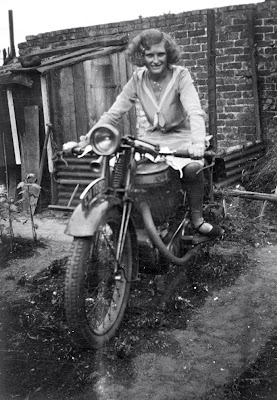 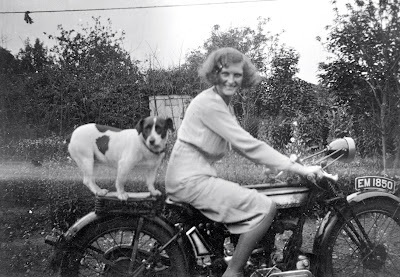 This lady on board the 1925 Model 18 Norton is my late mother in law (who was born 100 years ago, on the 17th of January). The name of the dog is not known but it looks like a real ankle biter to me! We still can't figure out exactly when the pics were taken but suspect that it was the early 1930s. 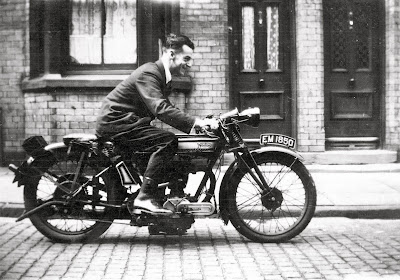 This picture shows Peter's late father in law on the Model 18. The Norton may have been a few years old when the pictures were taken. Electric lights and racy rear mudguard stays had been fitted, the front stand has been removed and what happened to the rear stand? Note the clip on his trouser's legs.
Newer Post Older Post Home