For sale at Bonhams and their description: 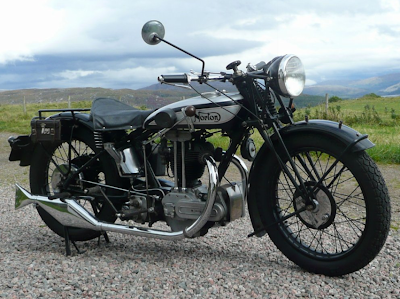 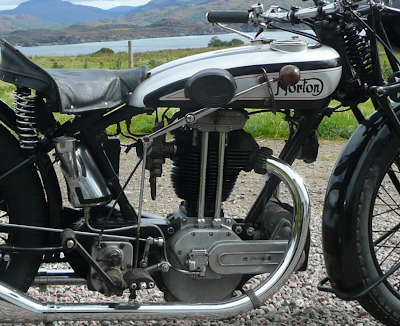 "This Model 20 has been in the vendor's family since it was delivered new in April 1930 and was used by his father - 'The Flying Vicar' - to travel around his parish. Little used after 1950, it was placed in storage before being re-commissioned and used by the vendor from 1960 to 1965. 'VK 1969' was then put into store again, remaining there until 1990 when it was re-commissioned. In regular use since then, it has benefited from a new seat (2005), new pannier boxes (2007) and new mudguards, exhaust pipes and silencers (2008). The machine is described as in generally very good condition and offered with current MoT/tax, NOC dating certificate and Swansea V5C registration document. It should be noted that the Sturmey Archer gearbox, although correctly ratioed, is not original to this machine. Registration no. VK 1969, Frame no. 41529. Engine no. 48139" 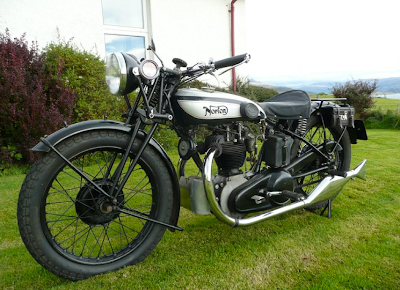 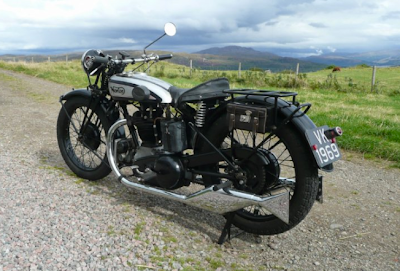 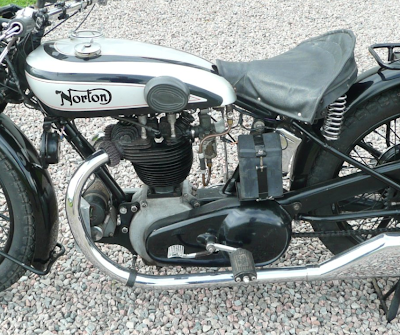 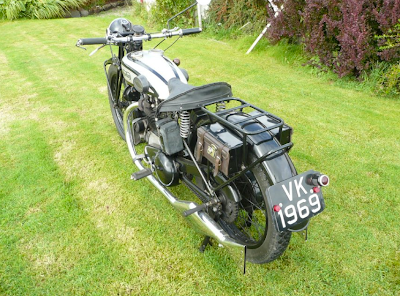 JdK: A pity they replaced so many parts as they don't fit really well; headlamp and magdyno come from a younger bike.

Simon: "It was indeed delivered 8/4/30 to the Revd. O McDonald of St John's Vicarage in Newcastle.  Not clear if this was Newcastle up North or Newcastle (under Lyme) in the Midlands - probably  up North.  Frame and engine number agree and it still has the speedo in the tank.  Also has the correct primary chain guard.  Missing the cast alloy magdyno cover (as well as the original magdyno) but not a bad lot. Note the half size oil tank - this was the usual arrangement on dynamo equipped Model 20s. The bike was originally fitted with a CS box number 105493."