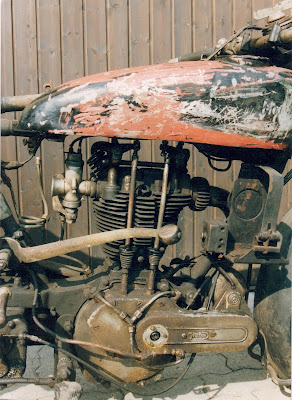 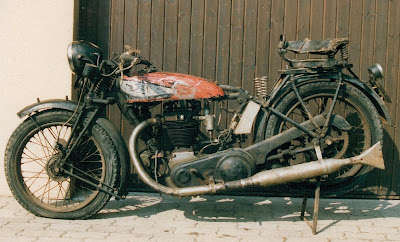 An email from Markus in Switzerland: "I bought my Model 18 in 1988 in a quite complete - but truly awful condition; everything was completely worn out!


Not long after I got the Model 18 I found a Model 21 engine which was in very good condition and this is the engine that is currently fitted. The bike uses a Bosch magdyno and lights, dating from 1932 - the year in which electrical lights got compulsory in Switzerland - but these will be replaced by earlier parts as soon as I can find them, as the head lamp is really too large for such a sporty machine.  The restoration took a while and the machine was on the road again in the year 2004. As we speak, the original Model 18 engine is being rebuilt and once finished will probably replace the Model 21 engine. 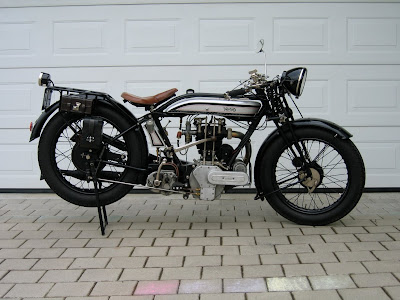 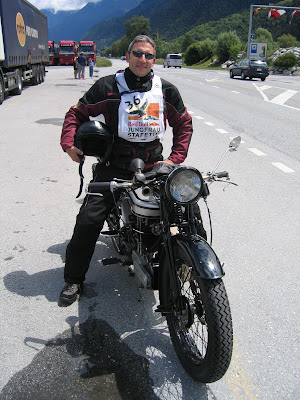 Some time ago I happened to stumble upon another Sturmey Archer gearbox and I'm seriously considering using this 'box and the Model 21 engine to build a flat tank racer. As flat tank frames don’t get offered very often, I'm thinking about building a frame myself. Has anyone ever done this before to give me some hints and tips?"
Newer Post Older Post Home