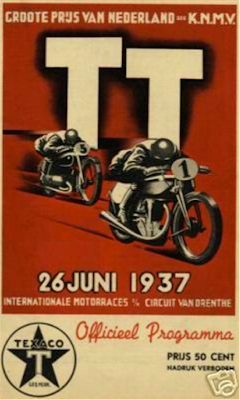 The brochure; someone took it for granted that a Norton would win! 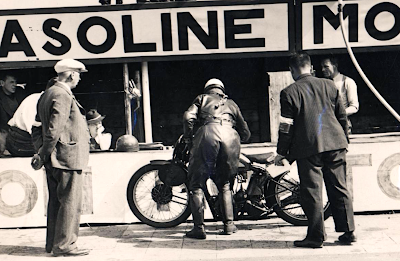 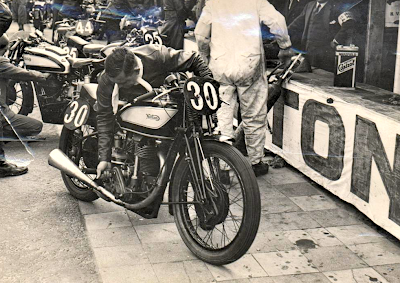 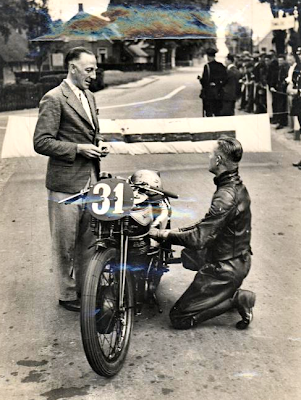 Freddy Frith working on his bike and chatting with Joe Craig. The Norton looks identical to Piet's motorcycle. 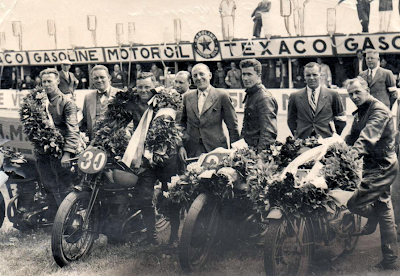 Dutch champion Piet van Wijngaarden and the winner that day, John 'Crasher' White; Joe Craig stands between them. The rider on the left is Lo Simons with his 250cc Excelsior. On the right are Walther Winkler and his 250cc DKW.
Newer Post Older Post Home