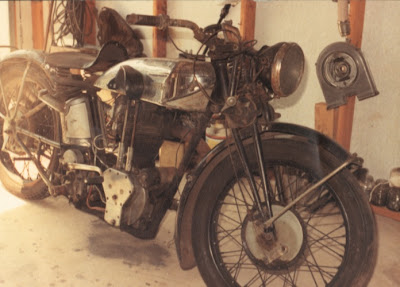 Another photo from Howard in Australia: "I sold this bike's motor some time ago to a chap in the UK who had been trying to obtain one for many years. I had a complete 1929 ES2 "Special" (see the photo) and very foolishly took the original engine out and fitted a CS1 motor in its place thinking it was a better bike.....sold it and slowly realised how stupid I had been in doing that!"