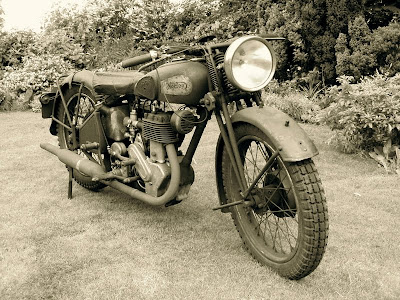 Another set of photos sent to me by Tim. This is his unrestored, rusty, highly original and very useable 16H Norton. What strikes me about this 16H is how good these bikes look when everything is correct. Parts like the 8" headlamp, original handlebars and saddle make all the difference. Let's hope it never gets restored! Read Tim's story below: 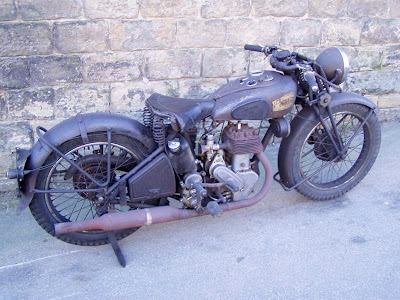 "Attached pics of my fossilised 1935 16H. I got this Norton in 2001when I heard about it on the grapevine. I was told a guy had been to see it and had considered it too rusty to restore, so he had not bothered to buy it; I bought it over the phone 10 minutes later. 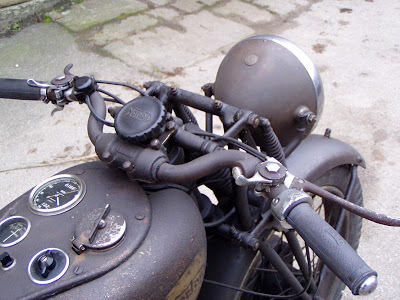 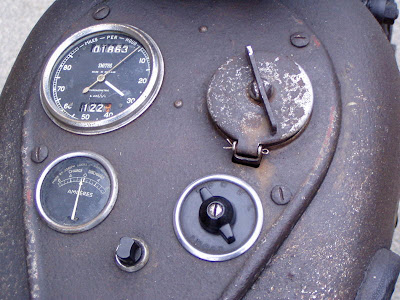 It had been stood since the mid 1950s with only the rear chain and battery missing. The oil had run from the tank to the sump and had filled it up with the big end submerged in the oil. The engine was still free and had compression. I sent the magneto off for reconditioning, dismantled and cleaned the 3 brush dynamo and rewired the whole bike. New brake shoes, chains, tyres and new inner cables fitted, I like the look of the old frayed outer cables. Removed the top end and honed the cylinder and re ground the valves. Nice to see the engine number is also stamped on the cylinder base (see picture) not many Norton's around with matching numbers. Also note the correct saddle, handlebar, levers and tank fitments. 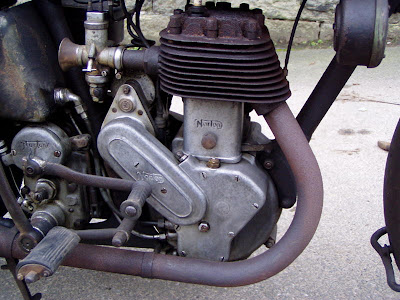 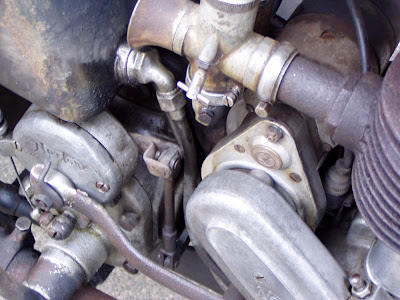 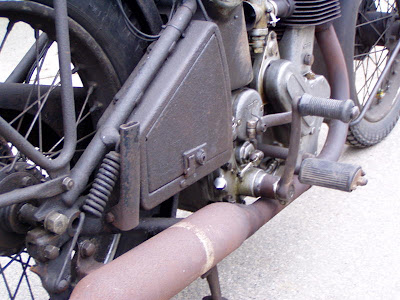 The Norton runs as it should and you can give it full throttle for long periods, as it it self governing. When the revs get too high the valves start to float, stopping any further revs, and this does no harm to the engine with it being a sidevalve. Not much of the original paint is left on the bike so I give it a coat of wax-oil every couple of years." 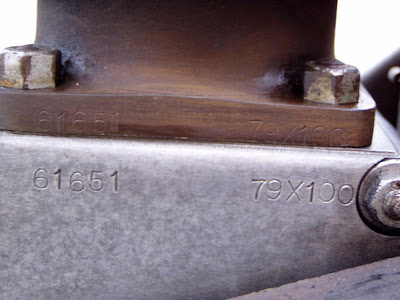 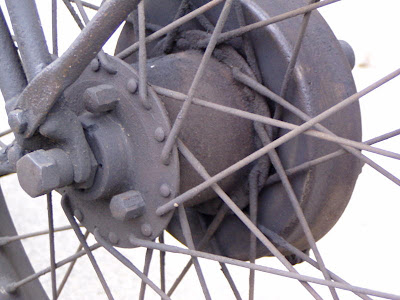 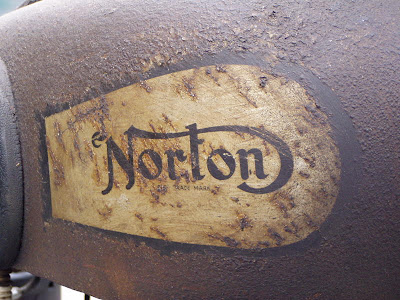 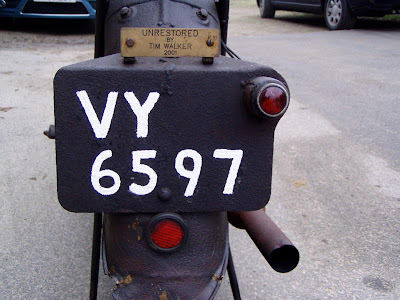