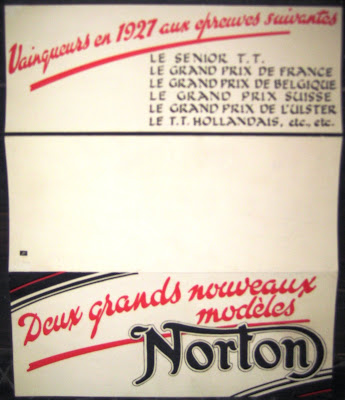 This folder is in French; I don't speak French but it's not too difficult to understand that the two Nortons depicted were very successfull in the 1927 season 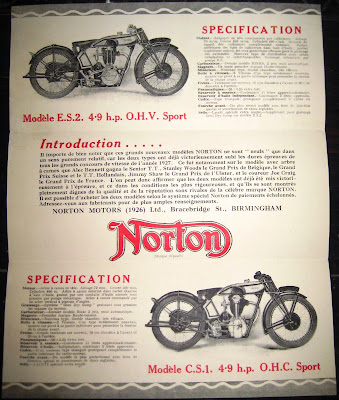 Note that both bikes have front mudguards held by flat strips as favoured on the factory racers while the rear mudguards are held by tubular stays. Were they actually built like this or is this an example of an artist at work?
(Contributed by Wim from Belgium)
Newer Post Older Post Home