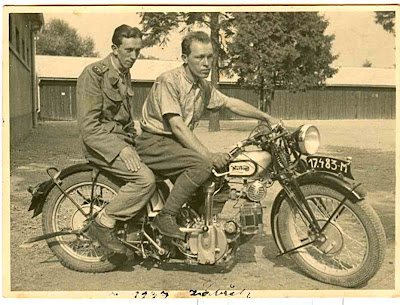 A few days ago I was contacted by Mirek from the Czech Republik and what follows is his story:

"I'm the owner of the 1929 CS1 Norton in the picture above. The photo was taken in 1937 and came from the grandson of the original owner; the original owner is the man in the light shirt.
The motorcycle was purchased new from Mr. Weigel, the agent for Norton motorcycles in Czechoslovakia in the 1920s and 1930s. His shop was based in the town of Prostejov, 30 miles northeast from Brno where I live. 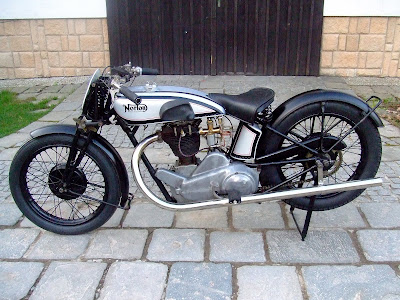 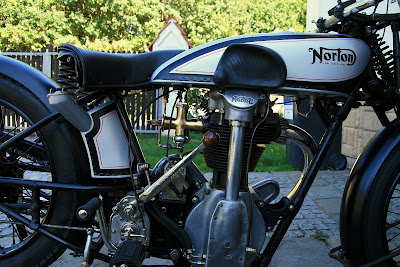 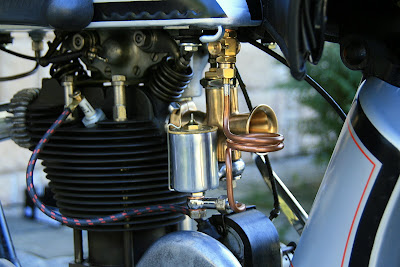 The Norton provided daily transport to the original owner but was also raced in local competitions and therefore fitted with the magnificent Lucas racing magneto that is still with the bike. He finally sold his bike in the early 1950s and it most probably remained unused until found by a next owner in around 1980. The new owner's main interest was in Indians and Harleys and he did not use the CS1 but kept it in his workshop for decoration. Then, in January 1996, he decided to sell and advertised the bike in a local magazine. Just by chance I saw the ad, contacted the owner and collected the Norton the very same night. 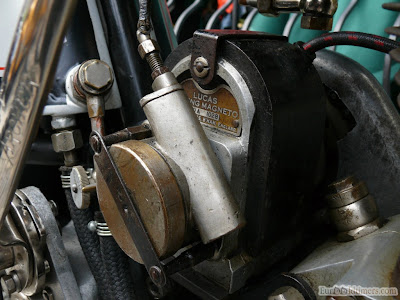 At that time I did not know much about this model and started to learn from books and internet. The CS1 was in a well-conserved and oily condition and mostly complete though lights and dynamo were missing by then. A small mystery is the extra frametube that has been fitted between the upper frame rails and the front downtube; you can just make it out behind the front petroltank mountings. 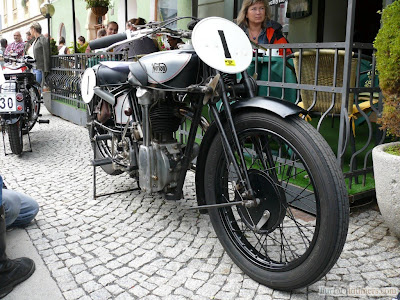 As the years went by I was hesitant to start the restoration as I did not feel like stripping the bike to repaint the parts and polish the aluminum. I decided to preserve the patina as much as possible and in early 2008 did the minimum to make it run. The frame was left well alone to preserve the old paint. The carb and transmission were rebuilt but the engine was not stripped. The wheels had to be rebuild and fresh paint was applied to the tanks. The mudguards are replica, the handlebars came from George Cohen and the exhaust pipe came from Armour Motor Products (Bournemouth) Limited. One day I will need to find original levers for the handlebars but it's OK for now. 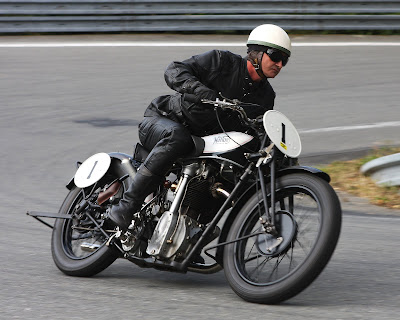 In early September 2008 the bike started after only four or five kicks. The engine sounded just fine, so after checking the oil circulation I took it for ride. What an experience! From that day on I use this motorcycle for veteran hill climbs and regularity races. Thanks to Ken McIntosh, who helped me a lot in the beginning and his technical advice probably prevented me from harming the bike while learning to ride it." 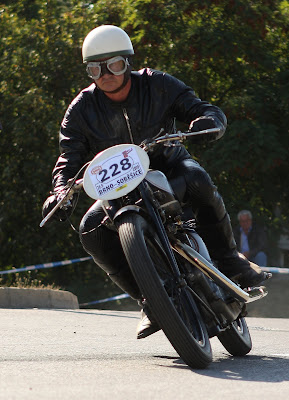