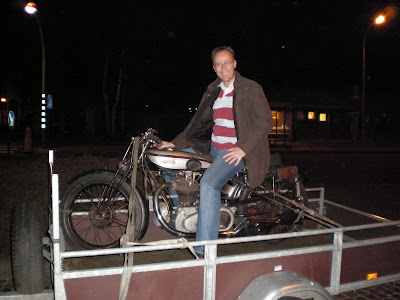 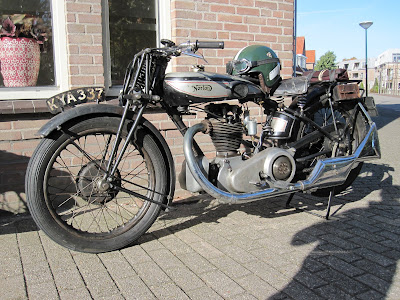 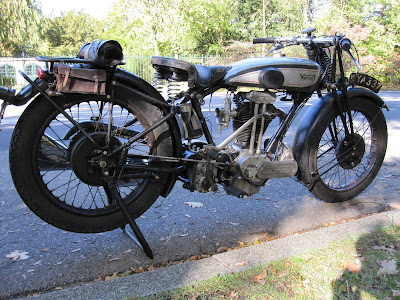 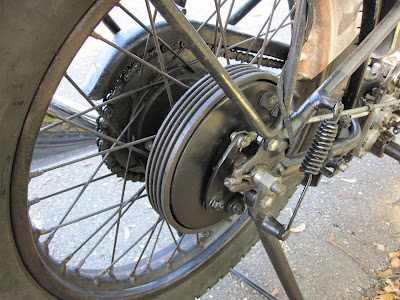 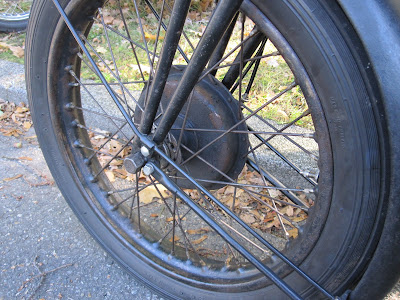 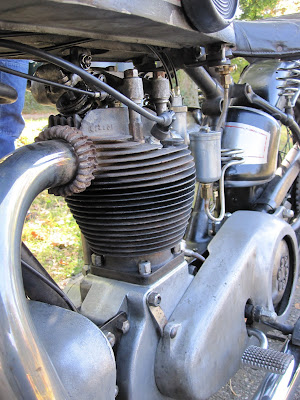 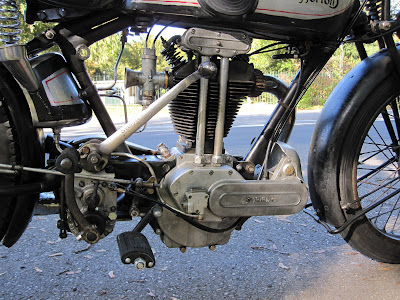 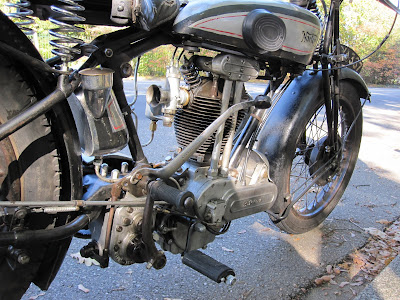 The picture on top depicts Patrick in Belgium, on the 11th of April 2008, sitting on the M18 Norton he had bought half an hour earlier. Close to Brugge we had stopped for French fries before taking the long way home again.

It's a 1930 model, the first year that enclosed pushrods were used. It's got the somewhat higher frame that was also used on the 600cc M19 Nortons. Despite the saddle tank it has a truly vintage feel to it, with the Enfield rear hub and the Sturmey Archer gearbox.

The bike has been carefully rebuilt since; bearings in engine, gearbox and wheels were replaced, gearbox and clutch needed attention, brakes were relined and the magneto rewound. The carb is a new Amal 276. For the rest it was just a matter of very careful reassembly.

Pat took it to the Isle of Man this year and apart from a few teething troubles it proved utterly reliable and a joy to ride; a very nice bike!