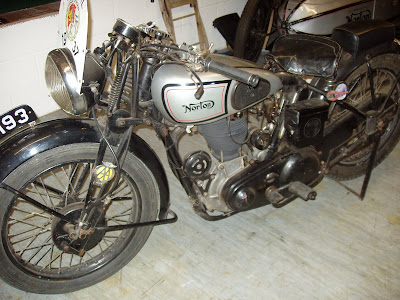 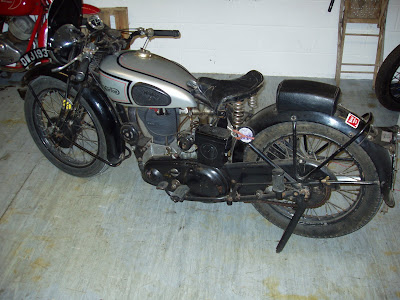 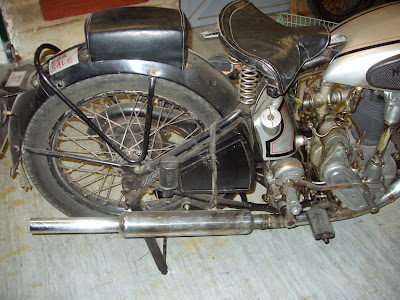 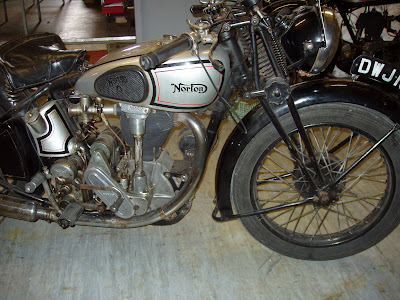 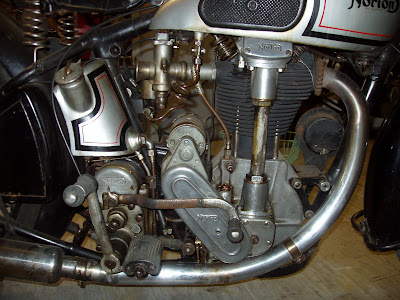 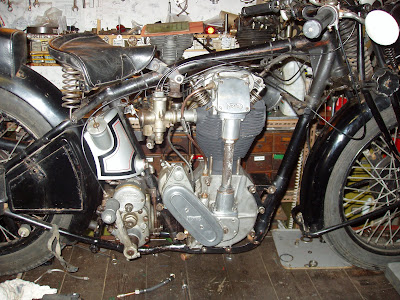 This is the 1937 CS1 Norton that I could have bought from George Cohen early in 2002; which I didn't for all sorts of reasons. The bike had matching engine, frame, gearbox and forks numbers and was described to be very close to original specification.

It's the tamed version of the cammy models as produced by Norton at the end of the thirties. Distinguishing features, engine-wise, are the horizontal inlet stub and coil springs. The frame has a distinct bend just above the cylinder head; for the rest the frame, wheels and tinware look very similar to those of my 1935 ES2 model.
In 2002 the asking price was a lot of money, today I wouldn't think twice about buying it!
Newer Post Older Post Home