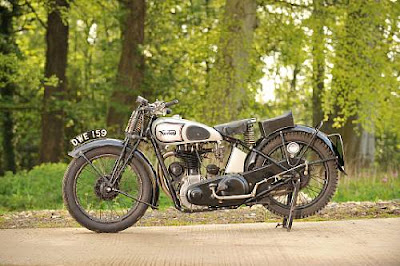 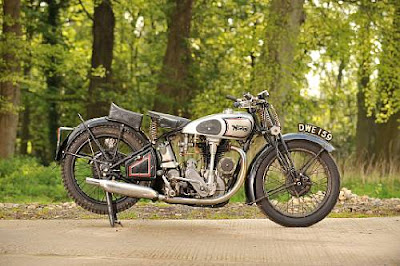 How's that for an investment; today a 1937 CS1 norton was sold at Bonhams. It had been aquired by the Ward brothers on the 19th of october 1997 for the sum of 3.795 GBP. Bonhams told me that the Ward brothers spent approximately 600 GBP to have it refurbished back in '97. Thereafter it lived in their collection for 12 years, seeing little use, before being sold again for 13.800 GBP this afternoon.

It really is a very nice bike, but the paintjob on the tanks looks out of place, the front forks and frontwheel are 1946, the 8" headlamp is missing, the handlebars and levers are rubbish. Nortons are getting expensive.
Newer Post Older Post Home