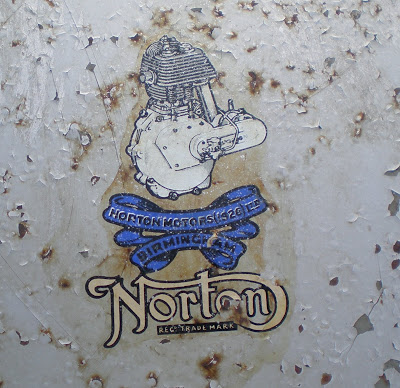 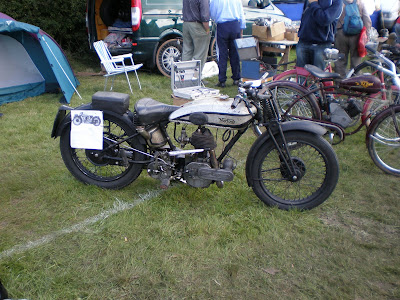 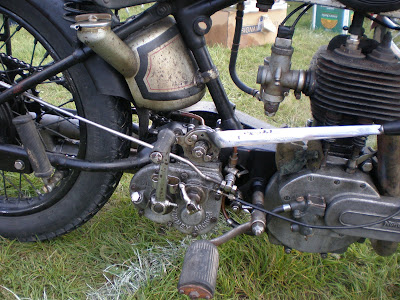 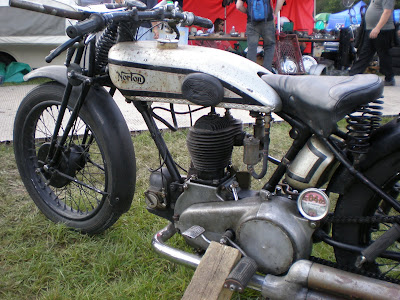 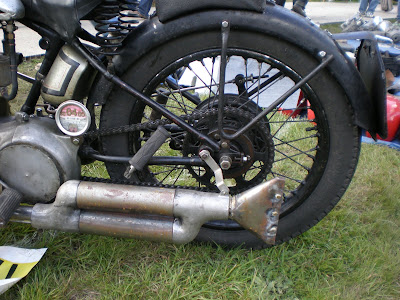 Another 16H Norton; this one must be from 1929, based on the Mark IV oil pump fitted. Quite a few modifications were made over the years, the forks and front wheel are from a later model while the rear brake plate must be earlier. The carb is a later 276. The 'double-barrel' silencer is correct for 1929.

Still, what a very nice condition. The bike was already sold when I spotted her at the Beaulieu jumble last year, let's hope it has not been restored by now.
Newer Post Older Post Home