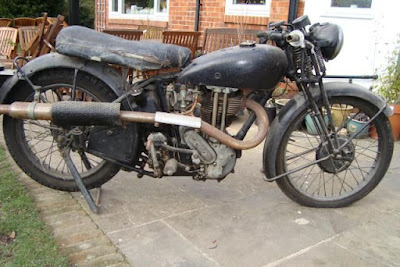 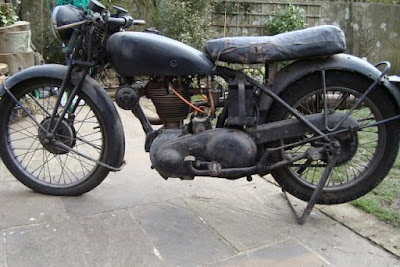 -SG- When I look back at our web site I am surprised at the few postings involving Trials models despite the fact that Norton riders such as Jack Williams and Vic Brittain were at the top of their game in the thirties - mostly with Trials versions of the Model 18. There does not seem to have been a leaflet devoted to Trials models specifically but the 1937 Brochure included a paragraph and illustration on the subject.  For the (then quite high) sum of £5 one could order any model in Trials trim. And this included - amongst other things - chromed mudguards and rims, 21" front wheel, narrow forks (ie Inter dimensions), chromed primary drive cover and chain guard, frame with increased ground clearance, and 'nobbly' tyres. 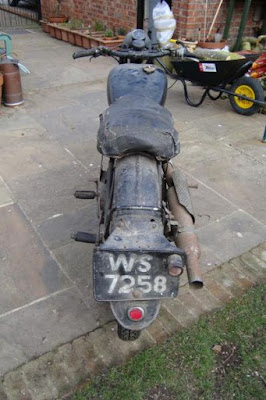 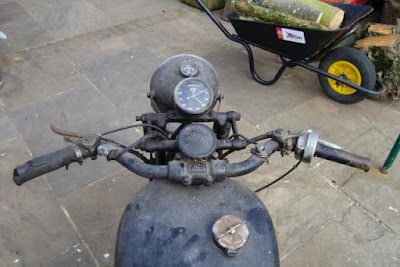 Richard's grandfather, a policeman in Penicuick, Scotland, acquired a Trials spec. Model 18 probably in the mid forties and the NOC details show it was originally  delivered in December 1935 to Alexanders of Edinburgh.  The retail purchaser is not shown in the records so whether it was used competitively in its early days is not known.  But by the time it was bequeathed  to Richard in 2014 it was in rather a sorry state - see photos above. 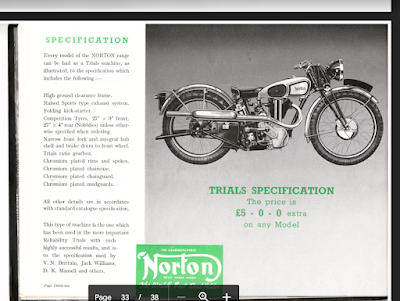 He had decided to keep it in the family and that he would get it professionally rebuilt before passing it on to his son Jon - a US resident of California. This task was put in the hands of Rob Gibson of Bainbridge, Indiana, who specialises in rebuilding post-war British bikes and it was in fact his first involving a pre-war machine.  Judging by the photos Richard has sent he looks to have made a pretty good job of it and literally all of the items which were replaced have been salvaged and saved. Worth just  mentioning that the raised handlebars are fitted to make it more comfortable to ride - both Richard and his son being over 6ft (1.8M). It was ridden part of the way from Indiana to California by them both after the rebuild - only part of the way as some milage was on the trailer due to vile weather! 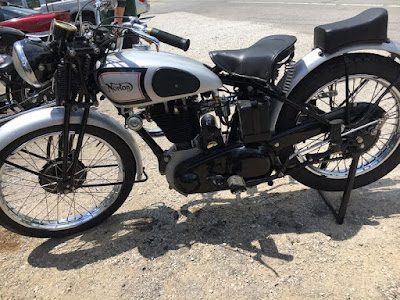 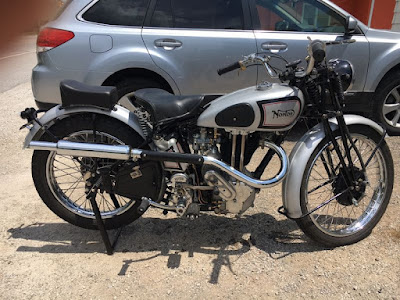 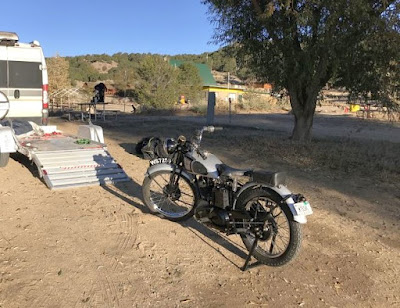 Richard has said that he would be happy to make contact with any Norton enthusiasts in California - let us know and we will forward contact details on.