-SG- I was recently sent what seems to have been a draft text of the publicity announcement for this upcoming sale.  I queried one particular aspect of it with the powers-that-be at Bonhams and lo and behold! the text now seems to be as they intended!  I am not suggesting, let me hasten to add, that the text correction is anything to do with me!  However there are a couple of Nortons for sale for which the descriptions are either questionable or slightly inaccurate! 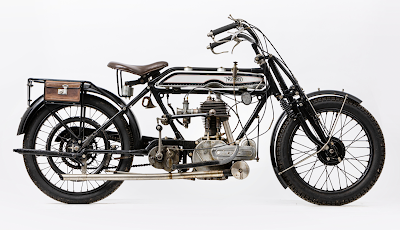 First - what is listed as a 1915 Big Four.  Looks very presentable but is it 1915?  The engine number begins with BA which indicates 1921 and although frame number information prior to 1922 is sparse it seems that the quoted frame number of 3370  also comes from the same year.  Other negative points re this machine - it has been fitted with a six inch front brake; a late thirties Amal carb.; and an early twenties gearbox and gear-change. 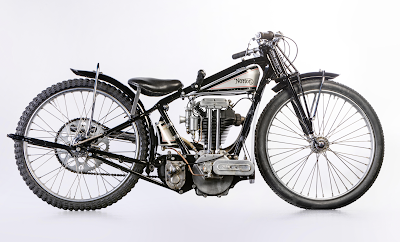 Second - the  sale includes the Forshaw speedway machine collection which has been at the Haynes Museum for the last twenty-five years.  This includes a 1930 DT Norton and during the mid-nineties, I had the pleasure of visiting Richard Forshaw and his father Ivan at their premises on the south coast and was allowed to see the machine during its rebuilding stage.  It is no longer fitted with its original engine but with a mid 1930 Model 18 power unit. which was fitted to it (albeit with a DT engine timing cover) when I saw it.  So what's wrong with the sale description?  Not a lot, really!  It states that only 11 1930 DT models were produced where the records show 36 plus various spare engines.  And there were twelve machines for DT use produced in 1929, but using Model 18 frames and forks. The comments re the gearbox fitted could perhaps do with a little amplification,  As originally fitted it was simply a countershaft but could be easily fitted with the rest of the necessary internals and gearchange parts to make the machine suitable for its later grass racing purpose.

PS. The supposedly 1915 Big Four fetched £12650 inc. premium and the 1930 DT machine with Model 18 engine £20,700 inc. premium.  Perhaps the buyer of the DT bike should also buy Alain's engine and then he would have most of the parts to make it more original!