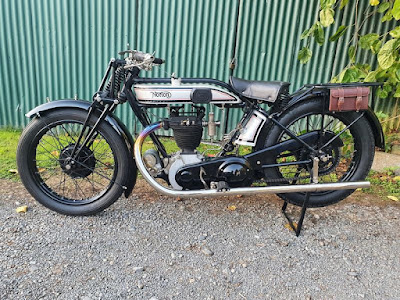 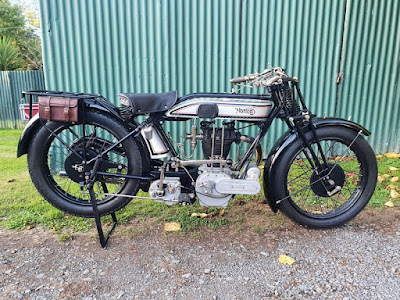 -SG- ... was not Norton's best year from the competition point of view.  Must have been a disappointment to all concerned and reasons for the problems have been well discussed by various pundits over the years - most blaming Walter Moore for OHC engine changes which caused trouble. It was a milestone year none the less - with the last of Norton's flat-tank machines being produced and, of course, the introduction of saddle-tanks on the CS1 and ES2 models.  Another change was to wired-on 19 inch tyres on all models.

Restoration of a 1928 Model 18 has been another of Reece's long term projects and he has just sent in some photos of it.  It is virtually finished - all that remains being the fitting of a period electric lighting set - the Lucas magdyno (type MDB1) is already in place.  Thanks for the photos! 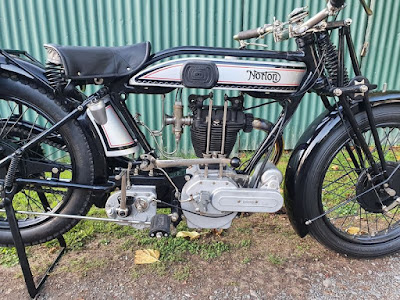 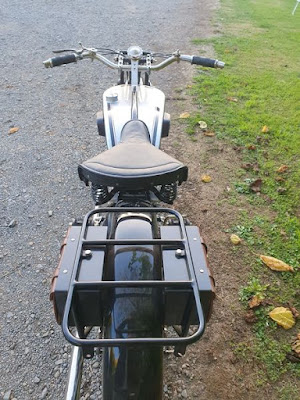 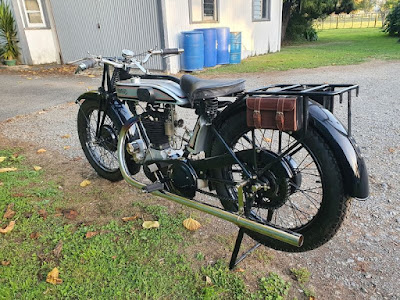 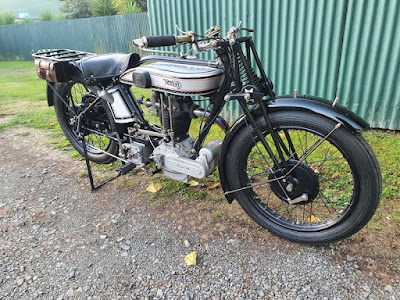