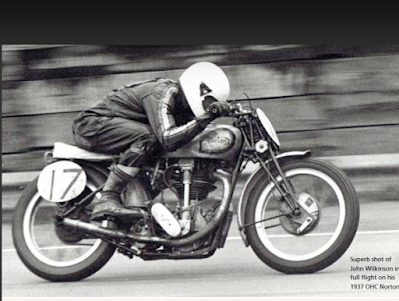 -SG- Grateful to well known Velo authority Ivan Rhodes for giving me the OK to post his photo of the late (and very successful) John Wilkinson on Stan Johnson's  1937 OHC Norton.  As far as I recall - despite the fact that it may look like a Model 30 - it was in fact a Stan creation using a '37-ish ES2 frame. This had the advantage of using a 19 inch rims as standard and thus readily available racing tyres of the sixties would fit with no problem. Some time after Stan's death, the bike finished up with an enthusiast in Basingstoke but what has become of it now, I do not know.

... and more photo's taken at the same event provided by Pierre below. Pics were made by Christian Olivaux. 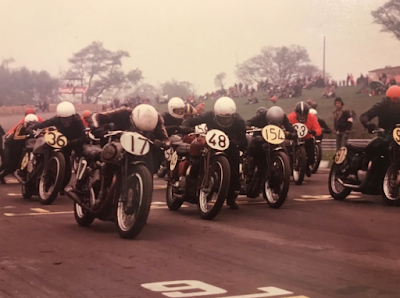 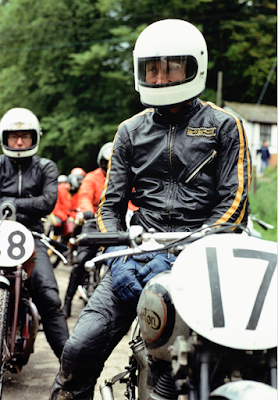 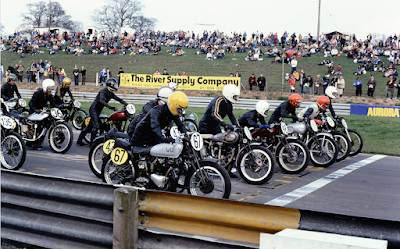