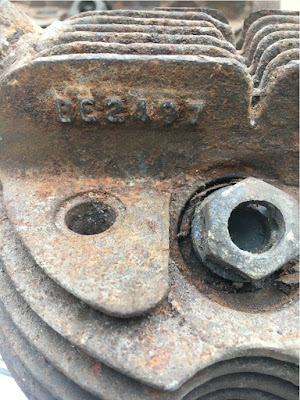 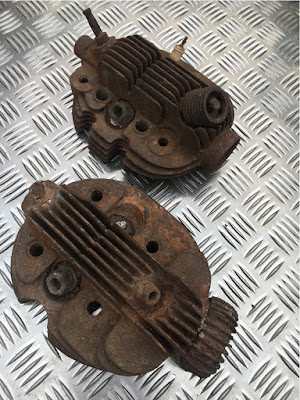 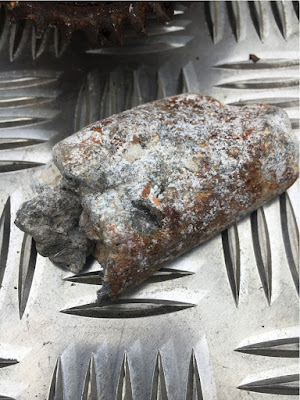 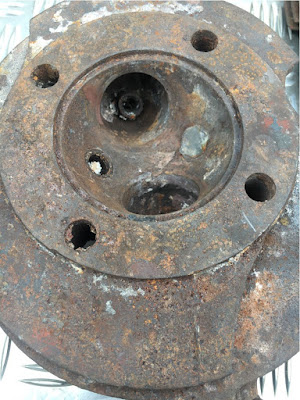 -JdK- Steve in York sent this mail: "Back in 2018 I bought these two cylinder heads at a small auction. I specifically wanted the Model 18 head for an engine build but the CS1 head was always intended to be passed on at some time. The head however has casting number BE2497 clearly cast into it near the inlet. I wondered if this number was significant? All other standard looking CS1 heads I have seen carry number B411 ? Additionally when they were collected I noticed that there was a slug of Aluminium stuck in the exhaust port. Now I know early race heads had overheating issues and my vivid imagination considered wether this had perhaps happened half way between Ramsey hairpin and the Gooseneck?

Anyway I'd like to identify the head and subsequently it would be available ideally to swap for an early pre 1925 model 18 head or a primary chaincase? Anyone know the significance of the number? 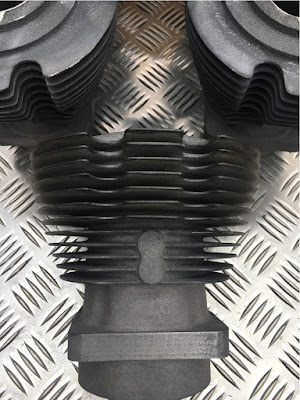 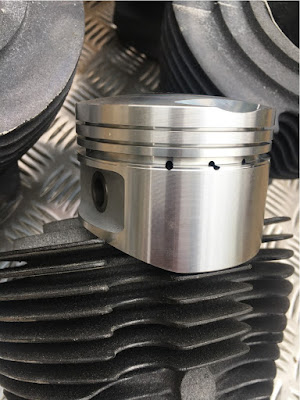 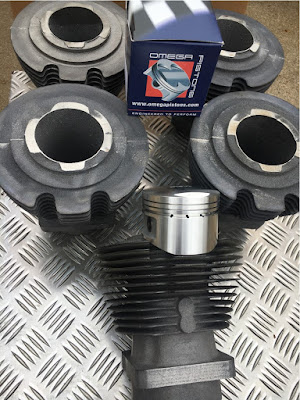 Additionally, the cylinder on my Model 18 was at some point sleeved and I was worried how thin this made the bottom flange particularly, I also have two other bikes with wrecked cylinders so have had a pattern made and some new castings produced. Pistons were produced by Omega with two compression rings and their own one piece low tension scraper ring.

I will likely have a few spares if anyone is interested preferably for swaps for other parts for my 1924 to 1931 projects?"
Newer Post Older Post Home