The final development of the "Gardengate" works Norton 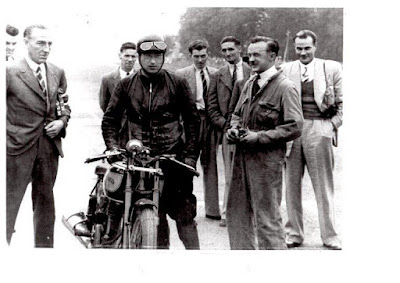 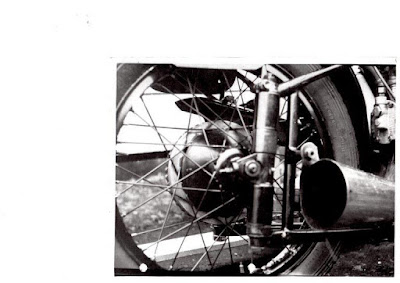 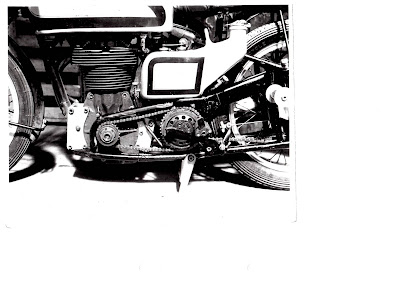 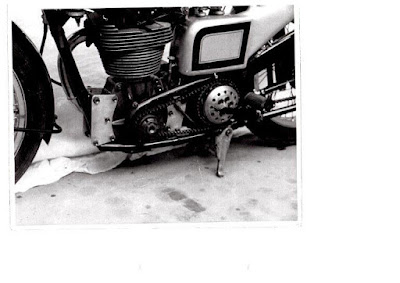 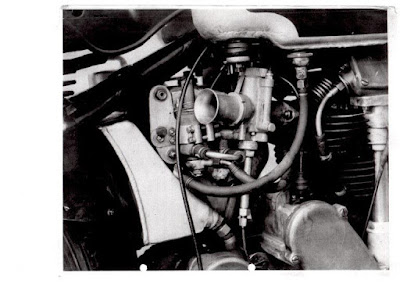 -JdK- Pics by Barry; words by Richard. These photographs show the final development of the "Gardengate" works Norton. The first looks to be one of the very first 1938 telescopic fork models looking new and cleaner than usual. The prominent persons are of course Joe Craig, a young looking Harold Daniell and works mechanic Bill Mewis. Although the bike is facing the wrong way, the location looks like it could be the Glencrutchery road in the Isle of Man. The second photo also dates from 1938 and shows the new works plunger suspension which replaced the much heavier 1936 version and is fitted with a flanged alloy rim, painted black. Picture 3 could be either 1938 or 9 as no development took place after Norton withdrew from racing in 1939 to concentrate on military orders, but allowing the works machines to be entered by selected agents. This particular machine is the one used by Freddie Frith, identified by the extreme rear set footrest which he used in conjunction with the normal footrests and fitted to the plunger unit frame tube and he alone used these.
The fourth photo appears to have been taken at Bracebridge Street and looks to be 350cc and probably taken in 1939. The final photo shows another 350cc but this one is a 1949 version and is fitted with a special Amal racing carburettor with a reverse underside needle.

-Ken- Also of interest on the RH side of the 2nd photo is the end of the "Tecalemit" cartridge  oil filter. Norton didn't persevere with them but Tecalemit, a German founded company, did pay  bonus money at the TT for using their grease nipples! Maybe you got extra for using their filters? Another interesting item is the last photo with the "downward" carb needle. I think this was an idea from Rex McCandless, who had a good reputation for sorting carb problems, but the introduction of the GP Carb in 1950 seems to extinguish this line of development. The Works bikes look to have standard type RN Amal carbs, but I have one of these Works type and the castings are about 10% bigger overall. The slide is bigger diameter too, so nothing much interchanges. The biggest RN for the public was only 1-3/16".  The 500 cc Works Velocette had a special 1-5/16"RN and Norton had similar larger sizes too.
Newer Post Older Post Home