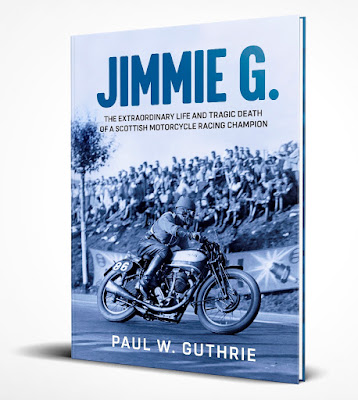 -JdK- Finally a book on one of the greatest motorcycle racing champions, Jimmy Guthrie. The author -Paul Guthrie, not a relative - goes to great lengths to discuss Jimmie's life from the moment he was born to his tragic death resulting from a crash on the last lap of the German Motorcycle Grand Prix on the 8th of August 1937.


Motorcycling racing in the 1930s and especially in Nazi Germany is discussed in great detail. The relevance of all this is that Jimmie's death has always been shrouded in mysteries. Despite thousands of security guards, track stewards and spectators no one came forward to explain what exactly had happened. There must have been thousands of photo's taken, yet none of the accident exists and only one photo of the crashed machine has surfaced.


Paul systematically discusses all the theories including rider error and technical failures - and while we can never be sure the most likely explanation is that Jimmie crashed due to interference by a German rider, Kurt Mansfeld. 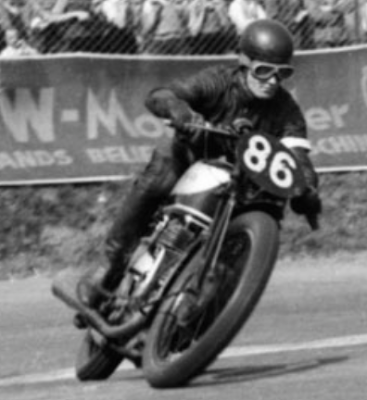 If a German rider had caused the crash, the incident would have become a geopolitical disaster and a threat to the reputation of the Third Reich. Political tensions were high between Germany and Britain on the 8th of August 1937 and Paul suggests that it was in the interest of both sides to be vague about the reason of the crash.

Anyway, read the book and decide for yourself; highly recommended!

Another review of this book can be found via this link.