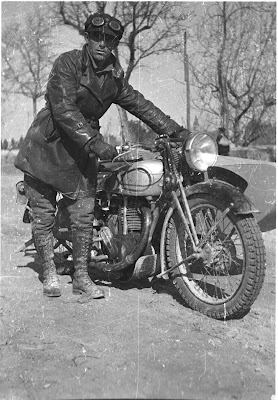 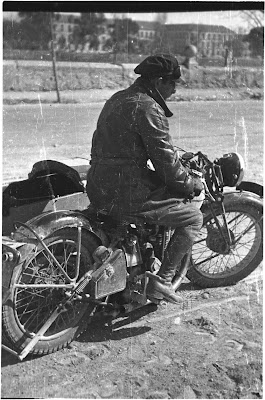 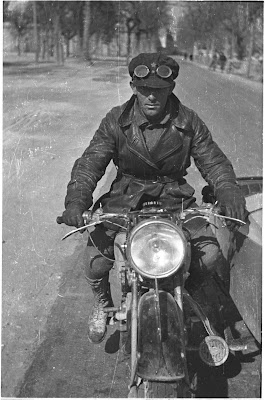 -JdK- We have had Spanish Nortons on the site before and here's another set. Most probably Republicans, somewhere at the end of the 1930s. The Nortons are c1937 Model 18s. Note there are also other motorcycles, BSA, Velocette and Royal Enfield.

For those interested, the text on the wall reads: "The physical, moral and cultural improvement of the race will be the primary and basic concern of the state".

The pics come from Biblioteca Valenciana. Thanks Olav! 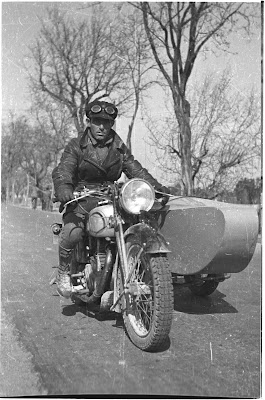 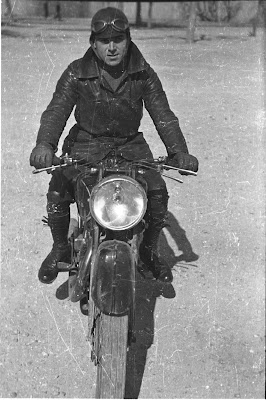 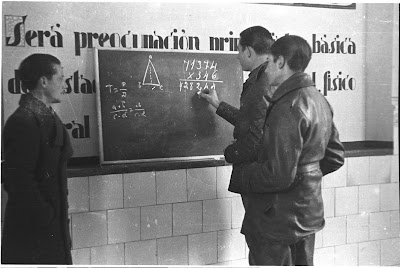 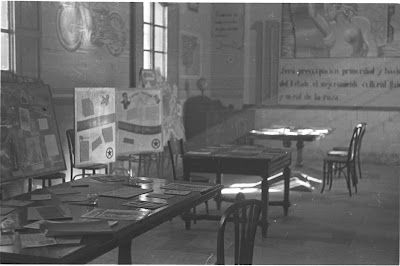 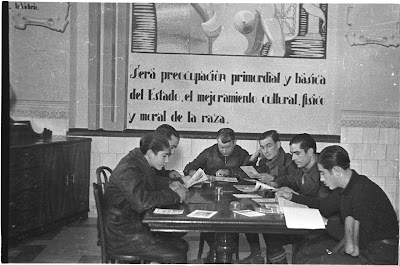 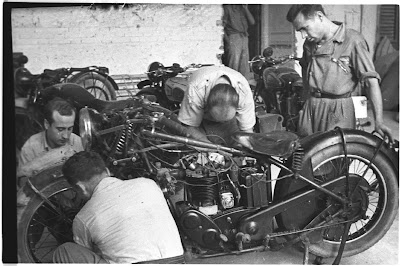 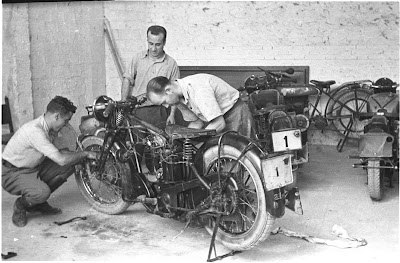 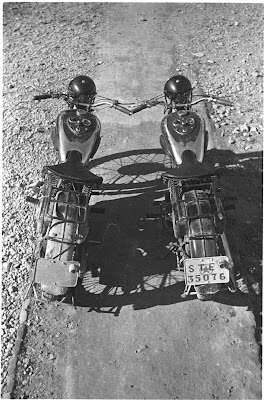 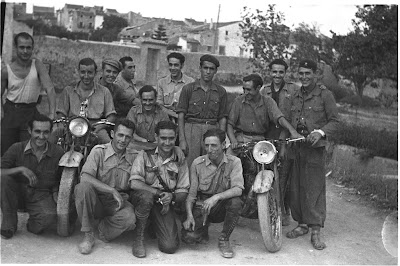 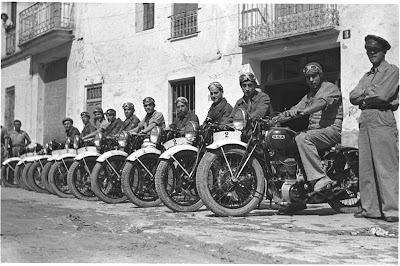 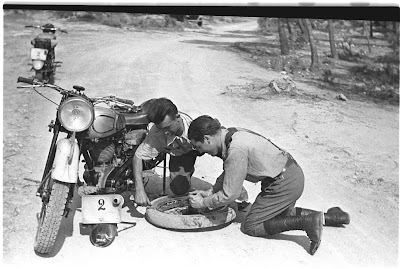 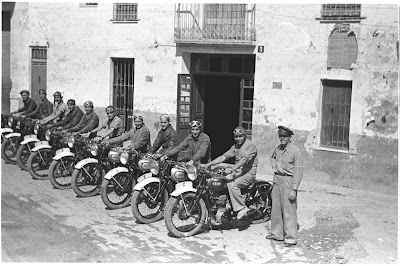 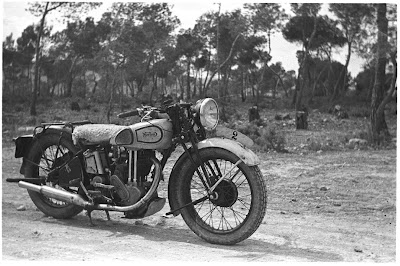 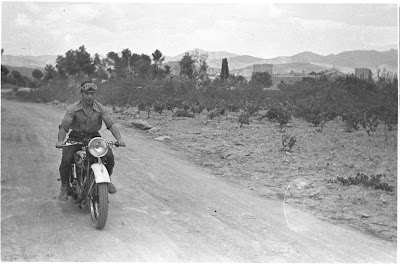 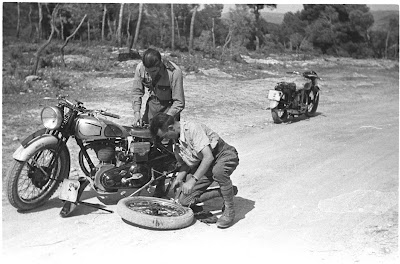 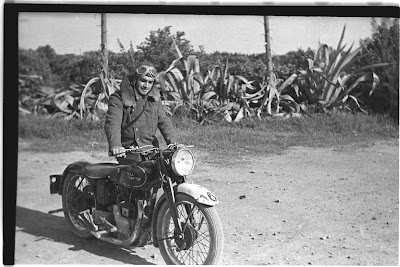 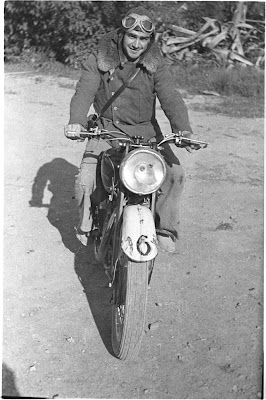 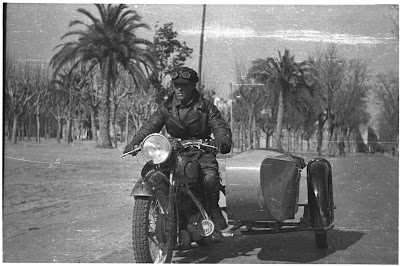