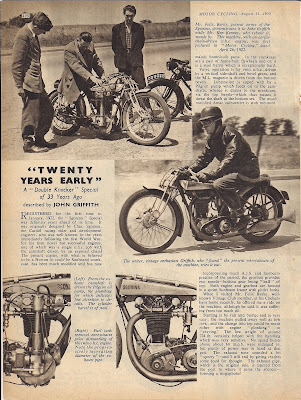 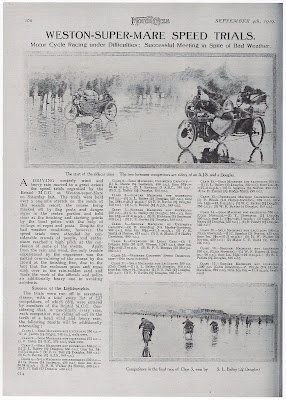 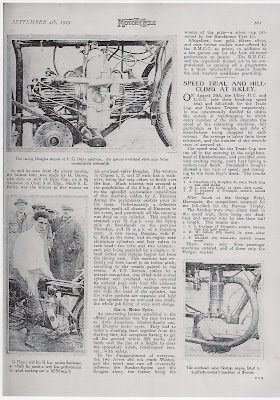 -SG- ... was seemingly built in 1919 but not by the factory! It was the brain-child of a Welsh enthusiast Charles Sgonina, who rode it to good effect in the 1919 Weston-super-Mare speed trials and elsewhere. He had carried out his modifications to a Model 9 and brief details are given in the report of the event in 'The Motor Cycle' of 4th September, which also includes a timing side photo.  Sgonina is well known in UK motorcycling history as he went on to build both single and double OHC power units, also Norton based, in the early twenties. The scans attached cover the event referred to above, and the DOHC Sgonina Special in its final form (note - it had a Sunbeam gearbox).  I might add that since the 1955 photos, it has, I am told, been 'tastefully' restored! Many thanks to Martin  for drawing our attention to this and sending the 1919 scans. 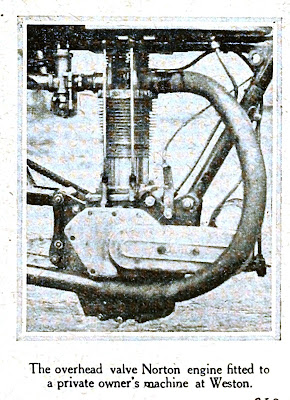 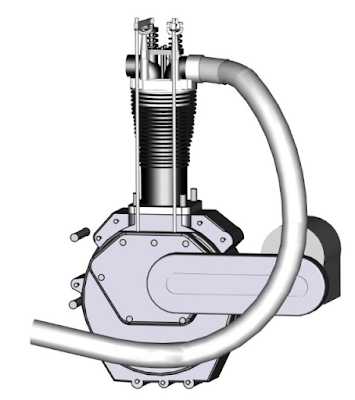 Roger has kindly generated a much clearer image of the 1919 Sgonina-modified Norton engine and this is provided along with a CAD model.  He has established that Sgonina lowered the engine in the frame by about an inch in order to provide clearance for the rockers.
Newer Post Older Post Home