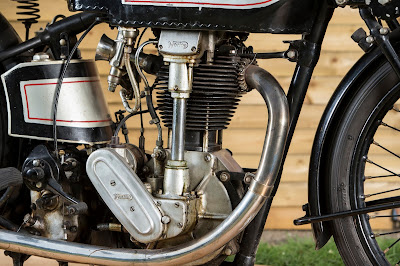 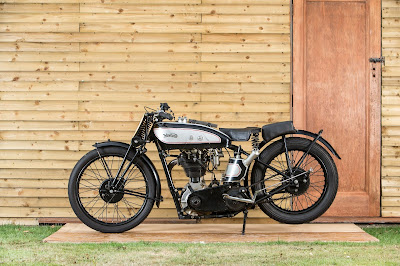 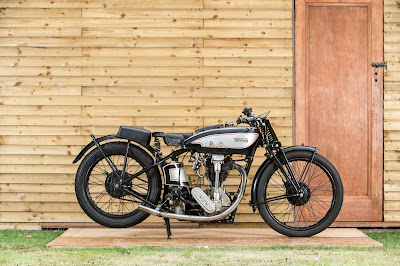 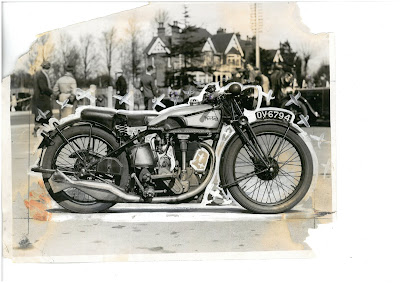 -SG- ... is going to Bonham's auction in October. It forms part of the collection accumulated by the late Basil Keys, who died in 2008 - after a lifetime of competitive riding dating back to 1930 - and he apparently acquired it in the seventies. So what's so special about it? For one thing, unlike many other Model 30/40 survivors, it appears to have been little modified over  the years and still retains its original frame, engine and four speed SA gearbox. It is listed in the records as a Standard Model 30, 'despatched' to Nortons themselves on 20 Jan 1932 and being booked out on loan to 'Motor Cycling.'  It was then returned at some unspecified point to the works and sold to Mr G McLean of Dundee on 27 June 1932. As with several other works owned bikes the registration number is shown in the records and this was OV6794. In the appropriate column in the records, it states: Engine built by J Craig. 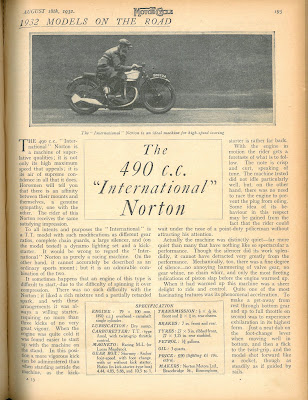 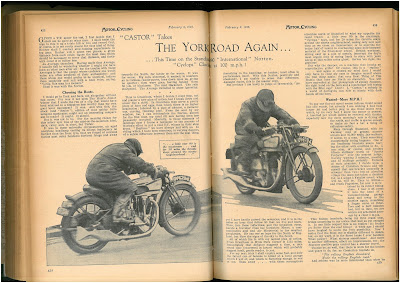 I am much indebted to Basil's family for allowing us to reproduce current and period photos of the machine. Thanks also to James Robinson of 'Classic Motorcycle' for permission to use period articles showing OV6794, which Martin has provided for us.

Advice from Richard re this machine: The bike looks very original with only a few minor changes from the 1932 picture. As you know very few Model 30s avoid being up-dated or race modified and as far as I can see the only changes are the rear set footrests, centre stand and primary chain guard.
Newer Post Older Post Home