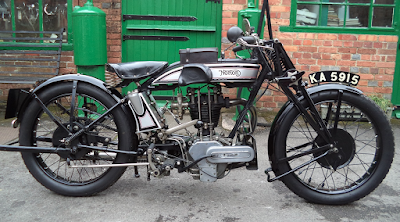 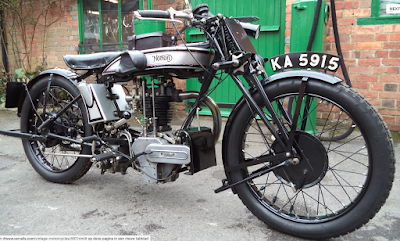 -SG- Ian of Verralls has this very nice and interesting Model 25 Norton for sale. Please find the description below, in Ian's own words:

"I'm bound to say this Model 25 is an excellent piece of kit, as it belongs to my father. He decided to hang up his riding boots about ten years ago but kept his favorite bikes just for company.

He bought the bike from a certain Brian R. Verrall in 1998 in 'as raced' condition. Apparently used on Pendine sands back in the day but no record of the rider. Record shows first owner as a Mr Bleaghs of Cheshire. Earliest owner on the logbook is a Mr Rogers of Birkenhead in 1936.

It was complete and matching numbers (engine and frame) but in need of an entire rebuild which he undertook. Then used on the road from October 1998. 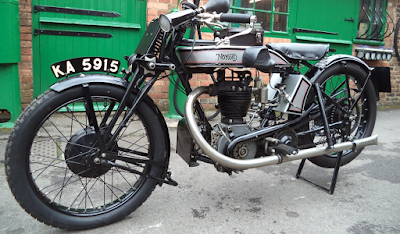 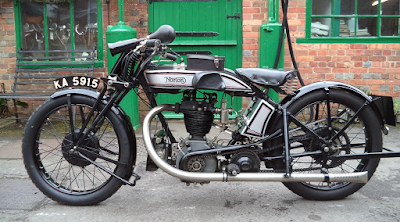 Unfortunately about five years later the conrod broke during a rally and wrecked the crankcases. These were pretty much beyond repair so we sourced replacement cases numbered 33795. Obviously the old originals have been retained.  I think I still have the original damaged barrel with matching number to the original cases. I do have the two part conrod! Numbers are.

The bike is fully documented. The first log book is from 1936 and indicates Model as 'TT Replica'. There is a copy of the works despatch book entry which confirms the details."