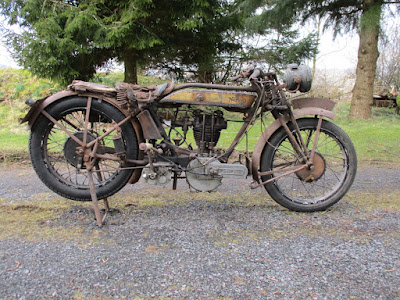 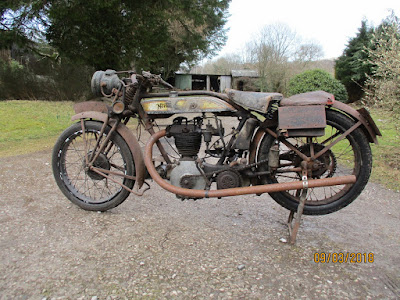 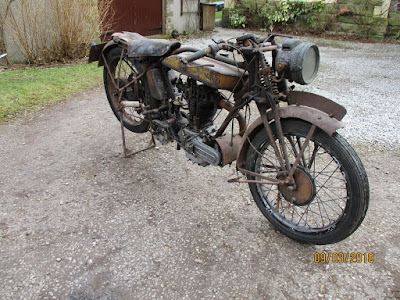 -JdK- Paul in the UK sent these photos of his recent purchase: "This old Norton is a March 1925 registered bike, Model 18 OHV and from the Norton records is matching engine and frame, also it was fitted with Webb forks from new. 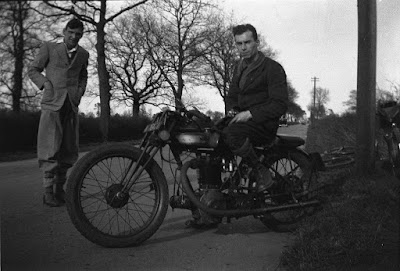 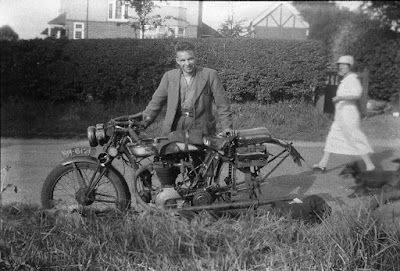 The bike was purchased second-hand in 1931 and was uprated by the then owner for racing by fitting slightly heavier TT Webb forks, a 7” Horton front hub and a Mousetrap carburettor. What looks like the correct 1925 forks were put on a shelf and are with the bike. The Norton was raced locally and used for transport with and without a sidecar (see enclosed photographs). 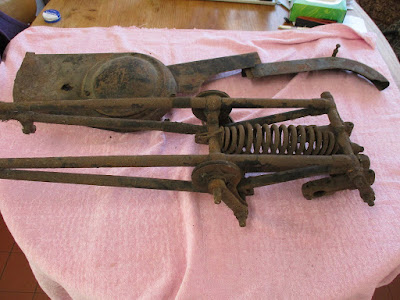 The old log books show the sidecar was added in 1936, from 1942 the log book is stamped up with the Midland Region Ministry of Fuel and Power, until the last stamping in 1945. A lot of the old Tax discs are with the bike from 1928 onwards. 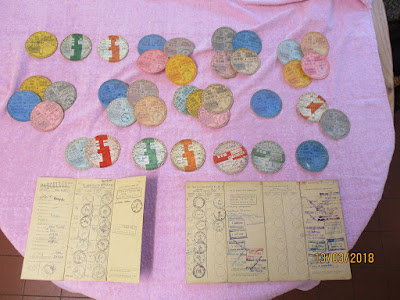 The bike was then laid up until the Grandson of the 1931 owner, decided to sell the bike in its time warp condition. I have just fitted a well-worn seat to replace the one that was too far gone, the exhaust system was non-existent, I looked on my shelfs to find a brand new racing exhaust all rusty, this fitted on to the brackets on the bike like a glove, I must have had the pipe hung up for 20 years, I do not collect Norton’s so I have no idea where it came from, fate perhaps...
Newer Post Older Post Home