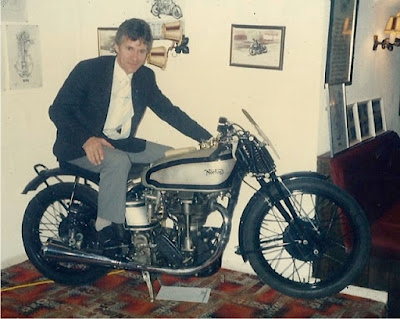 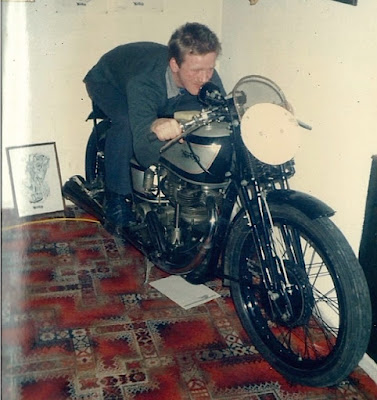 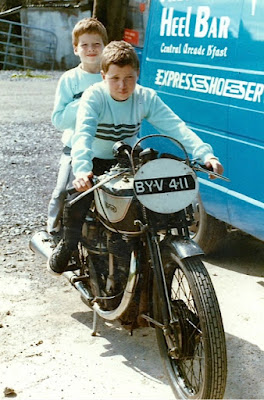 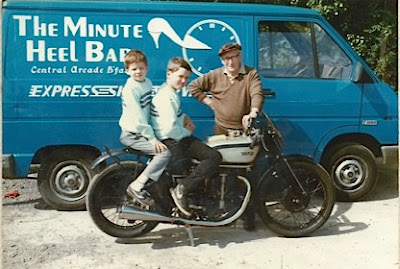 -SG- Several months ago David Crawford (author of the Stanley Woods biography) sent various photos of a restored 1937 racing spec. Model 30 belonging to Harry Turner, a late friend in Northern Ireland. These were taken, I believe, nearly thirty-five years back and show the very presentable machine, which is unusual in that it has DOHC valve operation. Richard's view is that the cambox was probably a post war fitment but it is difficult to be sure as the bike disappeared after the owner's death in 1988 or '89, and has not been seen since.