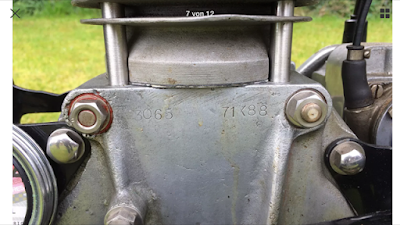 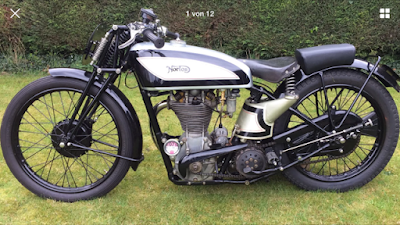 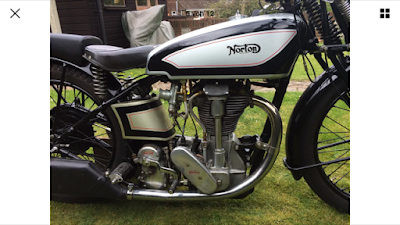 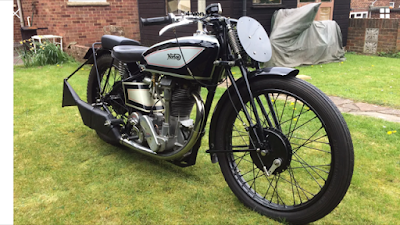 -Richard- This bike (as recently advertised on eBay) looks to be a 1934 racing specification version with some later parts fitted. I do not have the Norton records, but it looks as though it may have been supplied for the 1934 Manx Grand Prix as it appears to have features more often seen on 1935 models. The frame, forks and wheels look correct, as does the engine except the magnesium cambox and the mag chain cover which are both the later type. The gear box should really be Sturmey Archer and the clutch is of this type. The box now fitted looks post-war. This will be a problem because this clutch needs the corresponding engine shock absorber as currently there is not one in the transmission. I think the bike should have a Norton 3 spring clutch for 1934 anyway as only the works bikes retained the S/A clutch that year. The petrol tank looks like a recently made replica and possibly the oil tank as well. Also the fork check springs are the later type replacements and the Andre steering damper should be anchored to the tank. In conclusion I think the bike has been restored in recent years with only the tanks and the shock absorber/clutch in the transmission being the only visible minus points.
Newer Post Older Post Home