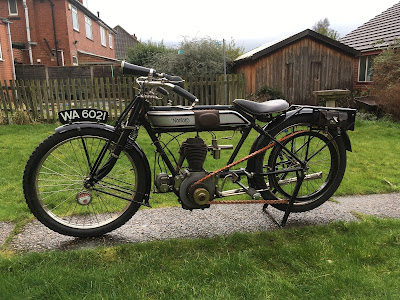 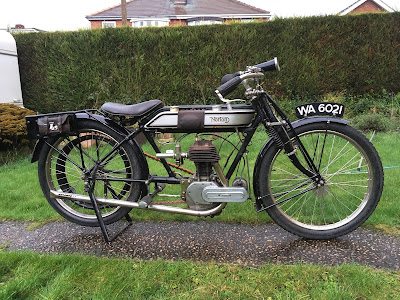 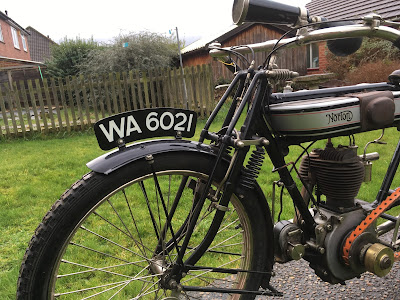 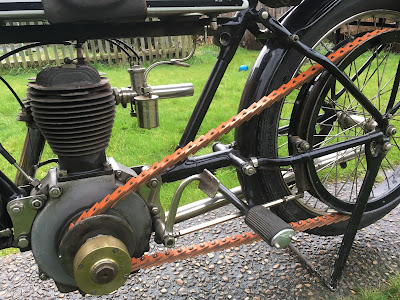 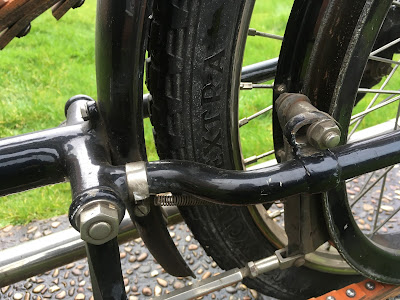 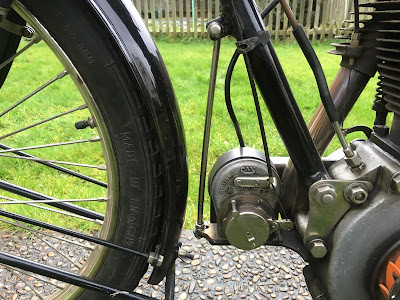 -SG- We recently used some photos of John's original Model 9 in our posting about a Model 9 replica. Here's some history of John's bike and further photos. John writes:

"It was bought new in 1922 (possibly old fashioned even then) by Tommy Marshall of Maltby, a small South Yorkshire mining village, from Dan Bradbury of Sheffield. Tommy used it extensively (winning a speed trial at Ollerton north of Nottingham in 1923) up until 1928 when he bought a Rudge. This was soon disposed of and he returned to the Norton until 1934 when he purchased a new Inter Norton. He worked with D. R. O’Donovan at Carlton cycles during the 1930’s and kept both Nortons until he died in the late 1980’s. The Nortons were acquired from Tommy’s nephew by well known Classic Bike dealer George Pollard. George restored the Inter but sold the single speeder to Peter Mather of the M & C museum at Bakewell, Derbyshire. Peter began restoration but realised quite soon he would never be able to ride it so I purchased it from him part restored. After over 20 years of riding it is still my favourite thing on two wheels. It will start by pulling the back wheel round, cruise at 50 mph plus, has the bark of a Manx, and is motorcycling at its most pure and functional."
Newer Post Older Post Home