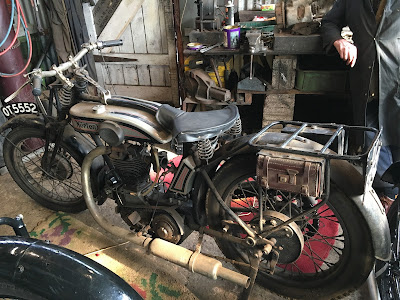 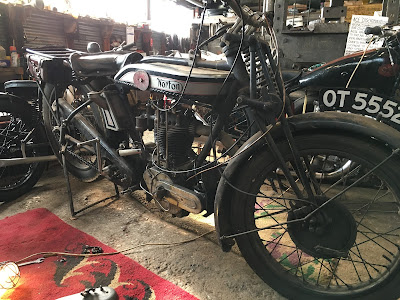 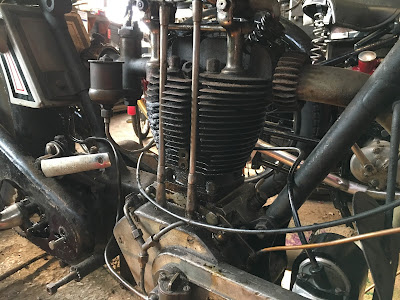 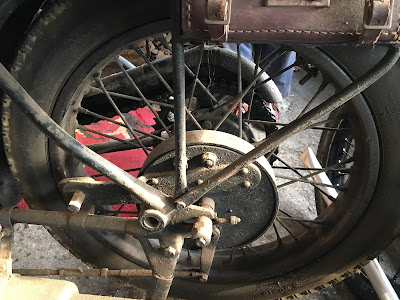 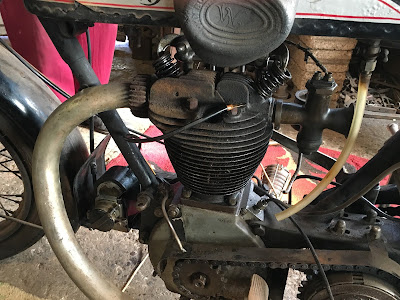 -SG- Thanks to Alan who has sent us these photos of a 1927 Model 34 recently acquired by a friend of his. For sure one of the rarer Norton models ( I see we have had but two postings about them over the years), this is virtually complete.  Alan's comments follow:

"Terry has just managed to acquire this largely original 1927 Model 34 which has lain undisturbed at the back of a garage for some 25 years. After the war, the machine was apparently owned by a local secondhand motorcycle dealer for many years who had a timber box sidecar attached. He reputedly used to sleep in it during his IOM visits! The machine came with a couple of boxes of bits, including the original primary cover which will probably be refitted, and kick start components. The intention is to lightly recommision the bike rather than restore. Incidentally the modernised handlebars and controls may well be replaced as part of this exercise."
Newer Post Older Post Home