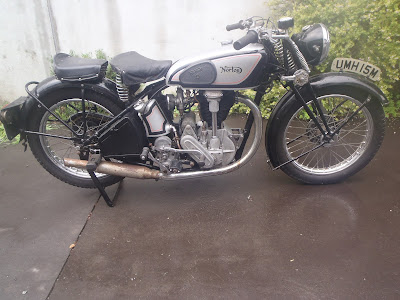 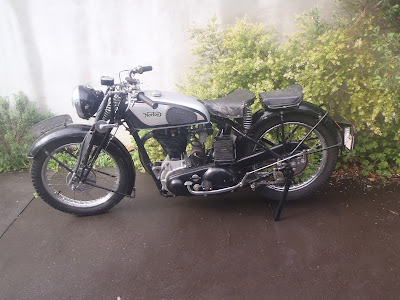 -SG- My good friend Leon in Australia bought a 1935 CS1 from New Zealand last year and while it was complete - last used in 2004 - the rather strange paint job on the tank (above) was none too pleasing and there were various mechanical matters which needed attention. But it's back together again (below) and going well. Leon's report on the project is below: 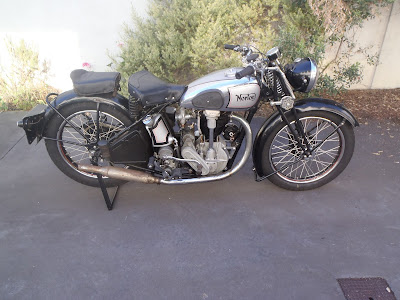 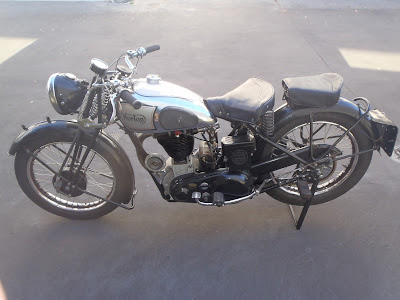 The biggest changes were to the seat and tank. The old saddle was made from three broken ones and the tank was decidedly odd - once the paint was removed it looked as if it could have been made up from two tanks!

So I bought one of those new tanks from India, $300 delivered to my door - painted, chromed and ready to go ... but not quite, I had to cut the tank open around the steering head as it just didn’t fit, so this meant the mounting holes were in the wrong place. Then the nearside fuel tap had to be moved ¾” back. After all that I put a liner in the tank and it and it now fits like a glove.

I sent the engine and frame numbers off to the Norton Owners Club in UK and they came back telling me it has the original frame, engine, gearbox, magdyno, and forks, which I will refurbish and get back on one day.
Newer Post Older Post Home