-JdK- An email from Ian in the UK:

"I bought a 1951 ES2 (in bits) of a man named John in Leamington Spa some 5 years ago. Next to it was a 1949 Inter that he would not sell as it had been his father's who was a big Norton man. I got the ES2 up and running and gave John a ring with the bike running in the background. A lady answered the mobile to tell me John had died two days before. 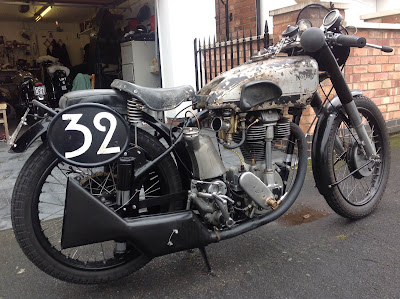 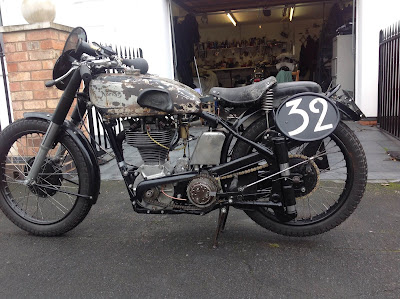 After rebuilding the '49 inter set to work going through the stuff properly. Included was an interesting frame, at first I presumed an ES2 as it had Roadholder forks attached, on later inspection it's a 1932 Model 30 with aftermarket plunger rear end.