-SG- Don has sent in photos of his very tidy 1935 Model 40 - which, slightly unusual in this day and age, has all numbers matching with the records. Yes, engine, frame, tank, gearbox and magdyno! It formed part of the late Ken Bills' collection before Don bought  it. 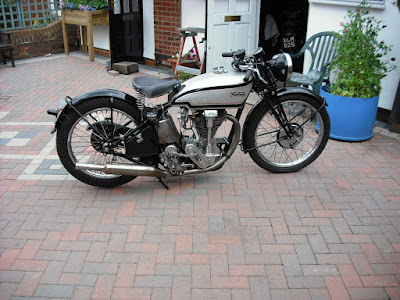 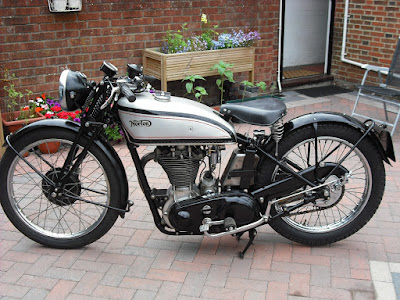 Of specific interest is the gearbox and gear-change, of which Don has taken a couple of close-ups. The box is a four speed Sturmey Archer but the gear change is the Norton version as incorporated into the 'doll's head' box, which the firm started using in '35. Don's initial re-action to this arrangement was that it might have been a tidily executed home modification by a previous owner. But Ken McIntosh in New Zealand tells me there are a couple of Inters in Australia of the same vintage with the self-same gearchange arrangement so it seems very much to be something carried out by the works for a short period. Ken explains ... 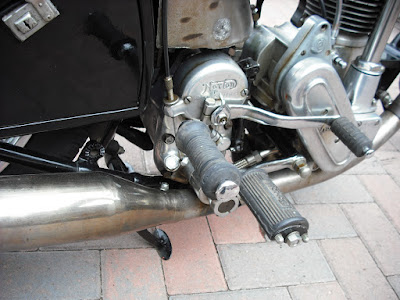 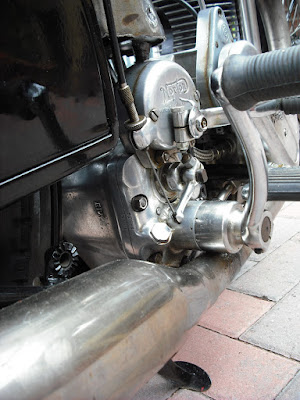 The two top studs on the SturmeyArcher box are closer together than on the Norton box, so the top of the Sturmey Archer end cover was cut off and recesses milled to accept the mounting lugs of the doll's head change.

Ken also kindly sent the 1935 Patent Application details for the doll's head change and the comment that, when used on a road bike with a relatively long gear change lever, the lever travel is excessive and  not convenient to use - with which I wholeheartedly agree! 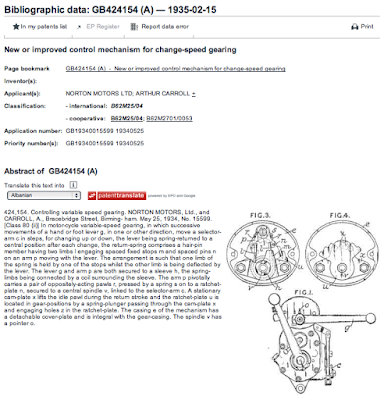