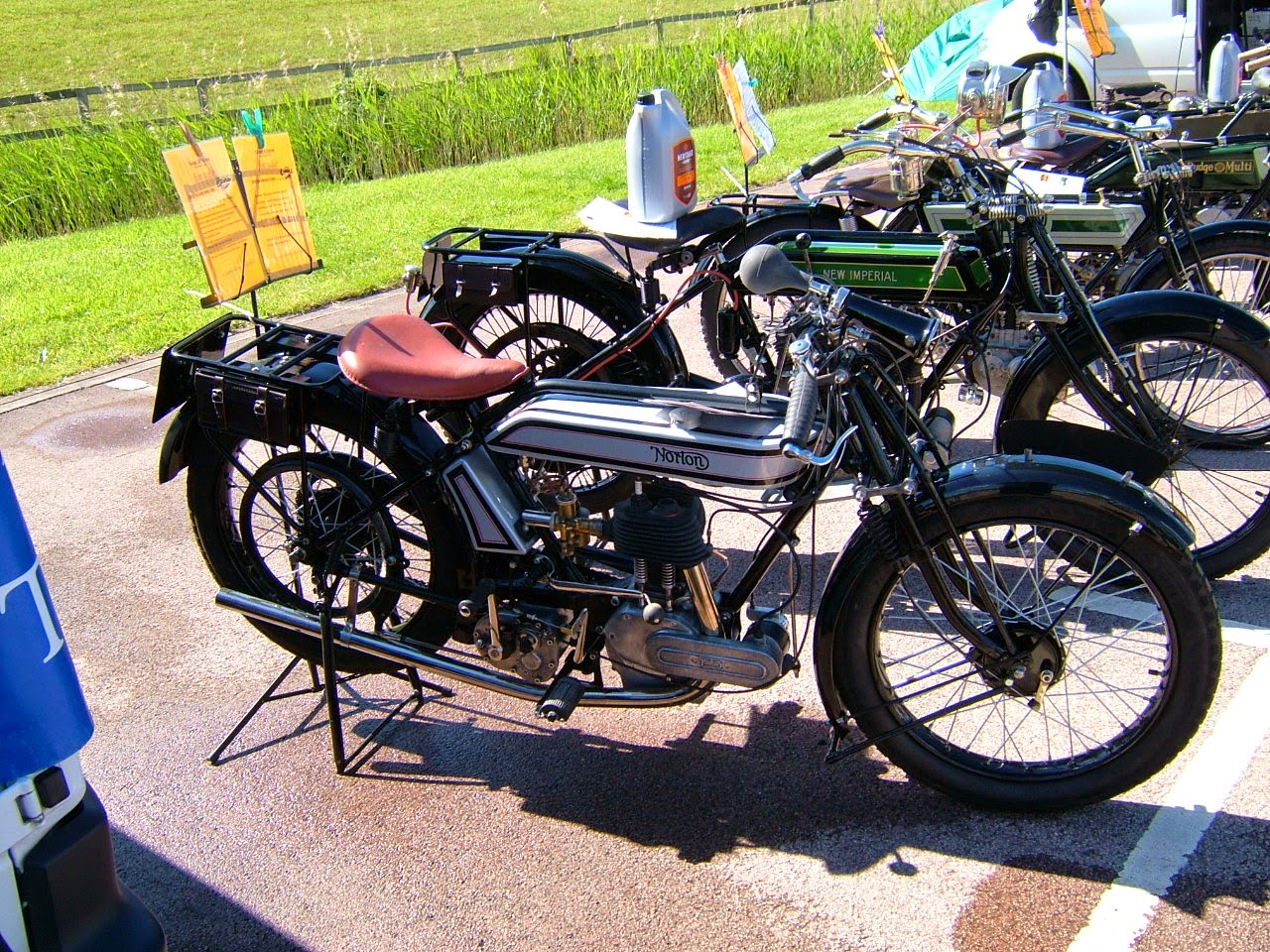 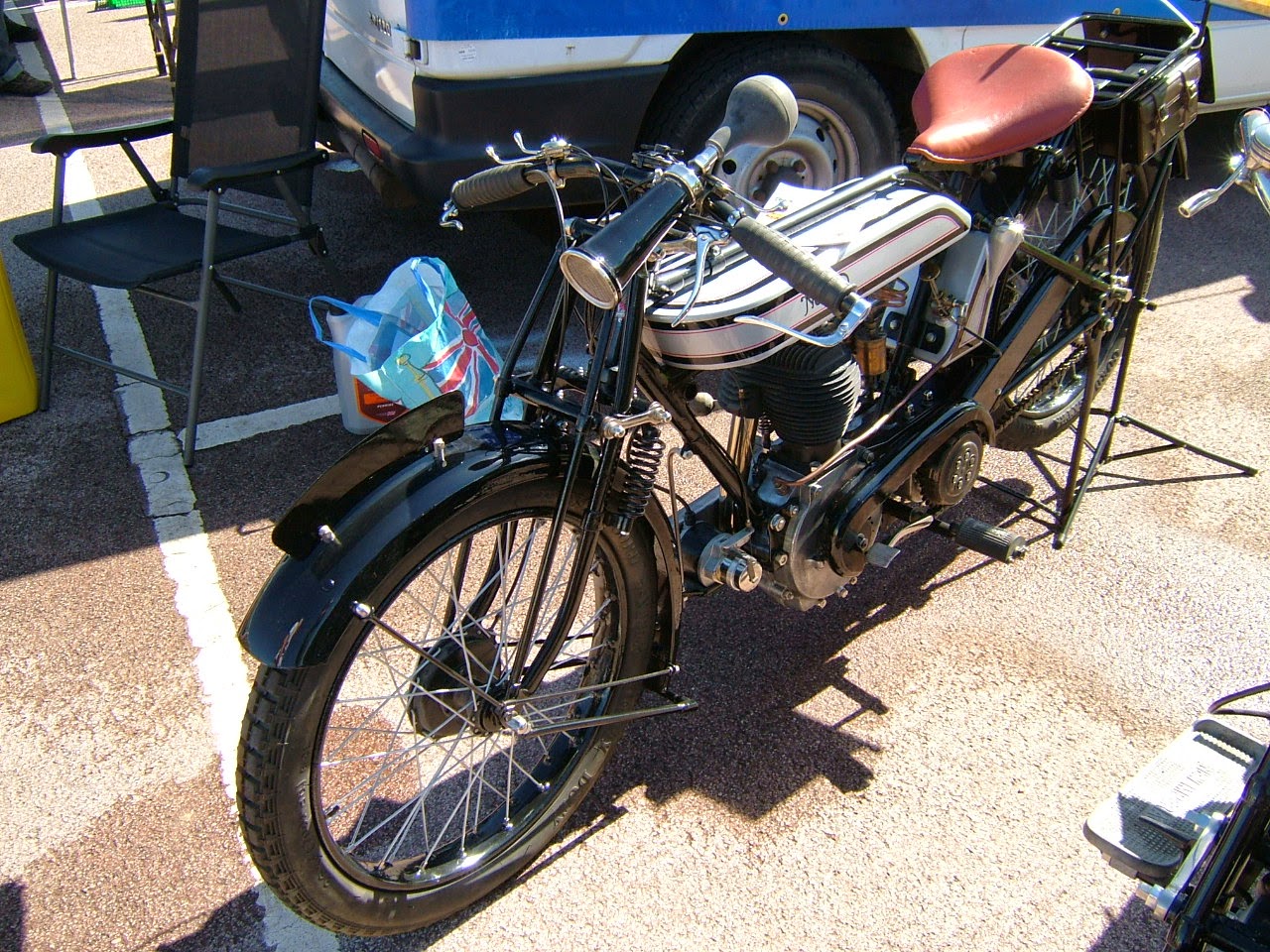 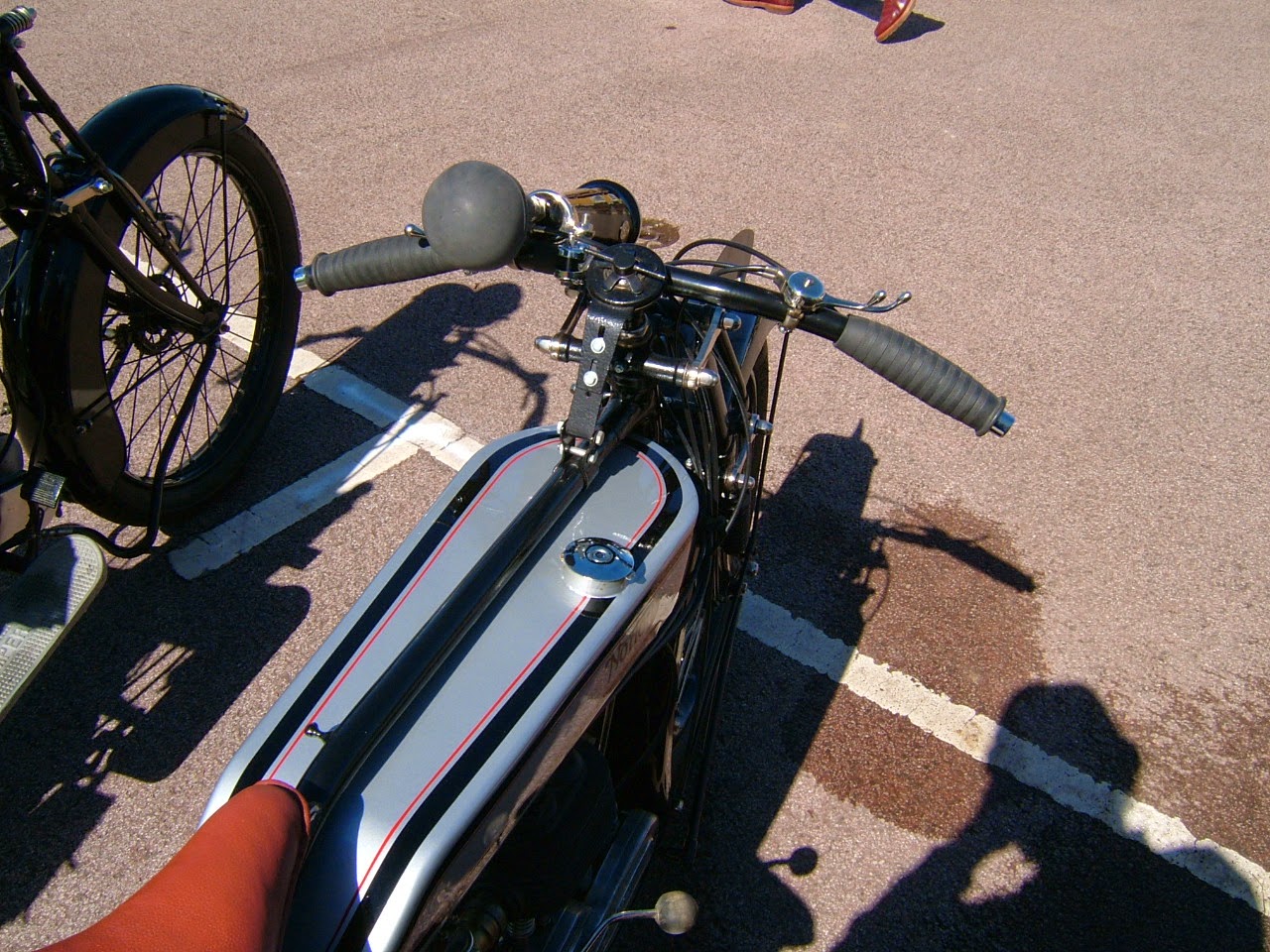 -SG- A few weeks back we posted some photos and comments about this well restored 1923 Model 16H which was for sale on the Vintage and Veteran stand at the VMCC's Banbury run. I suggested that, contrary to the 'for sale' particulars, the engine and frame numbers did not match. There was a good reason for this: it transpires I was reading the frame number upside down and what I took down as 6028 is actually 8309 (the upside down '3' covered in black paint being a bit indistinct to my elderly eyes and being taken for a '2'). As I said in my comments, 8309 is the correct frame number for the bike with engine number 6056. The owner has just been in touch to point this out - quite understandably, not atall happy about it - and I offer him my sincere apologies. We really do like to get it right and will certainly learn from this 'clanger.'

The details in the despatch books are rather sparse at this period and all the extra interesting stuff like who the end-user was, and variations from standard spec., are not filled in as they are later in the decade. Anyway here's what it says about this 16H:

On the same page another two bikes are shown as going to O'Donovan in mid May - he was in business at the time in Great Portland Street London W1 with Hubert Beach, as well as masterminding Norton's Brooklands activities. Bearing in mind his racing connections, it is highly likely he would have ordered up a special spec. bike at the request of one of his London area customers. It may well have started life with the oil tank and foot oiler although these are not mentioned in the records against the existing engine. What else could I find to criticize? Just the clutch lever! 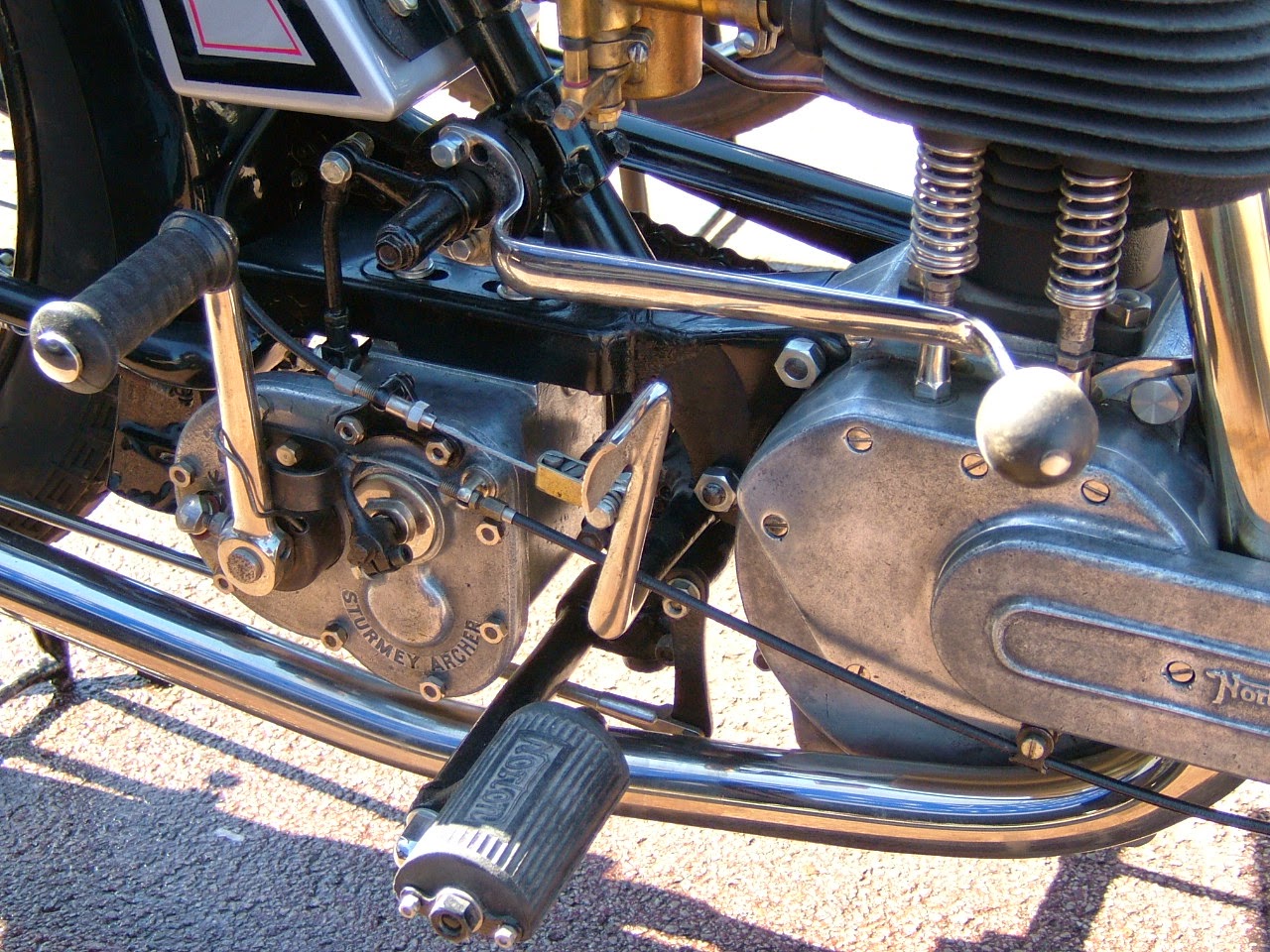 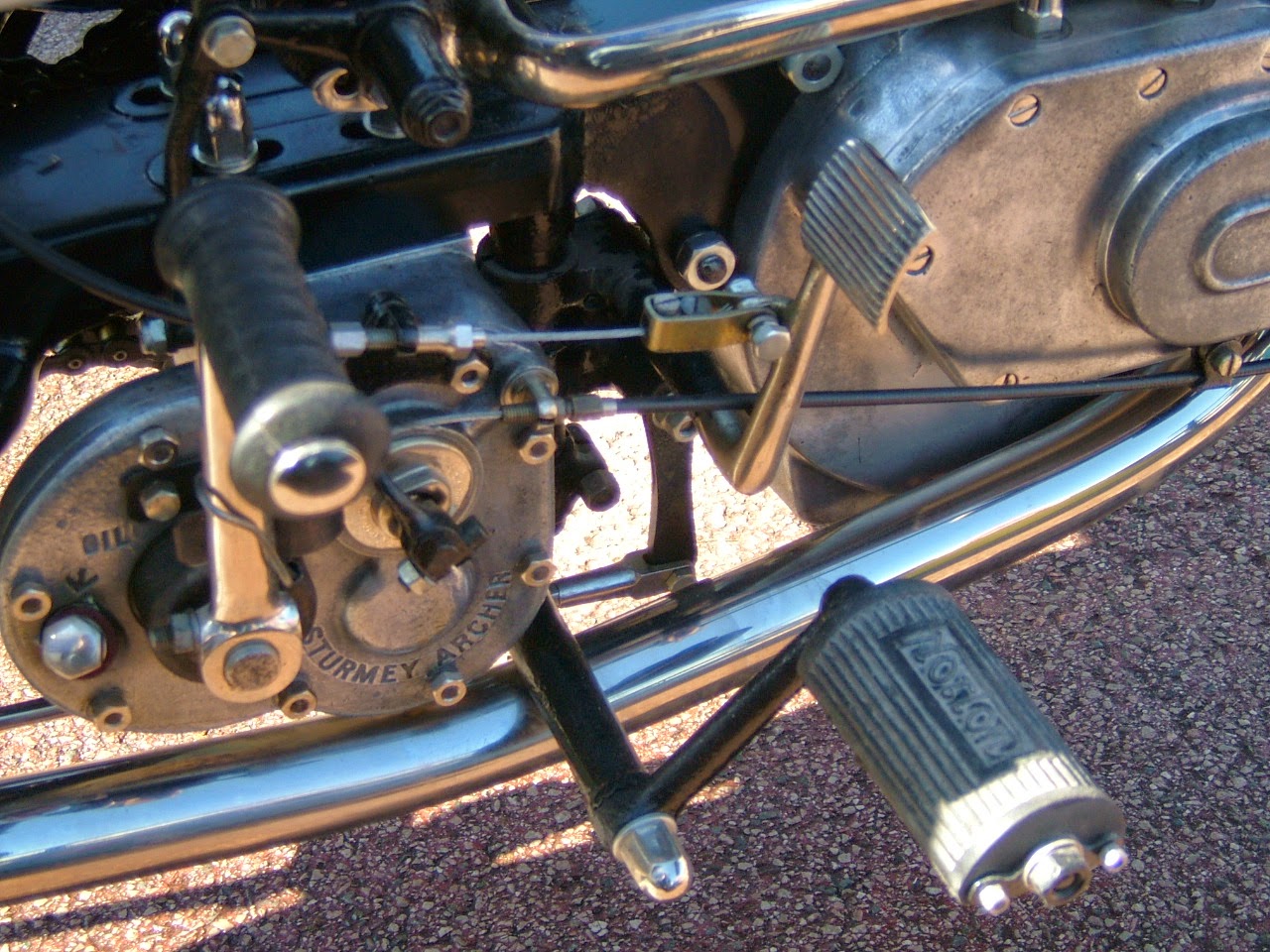 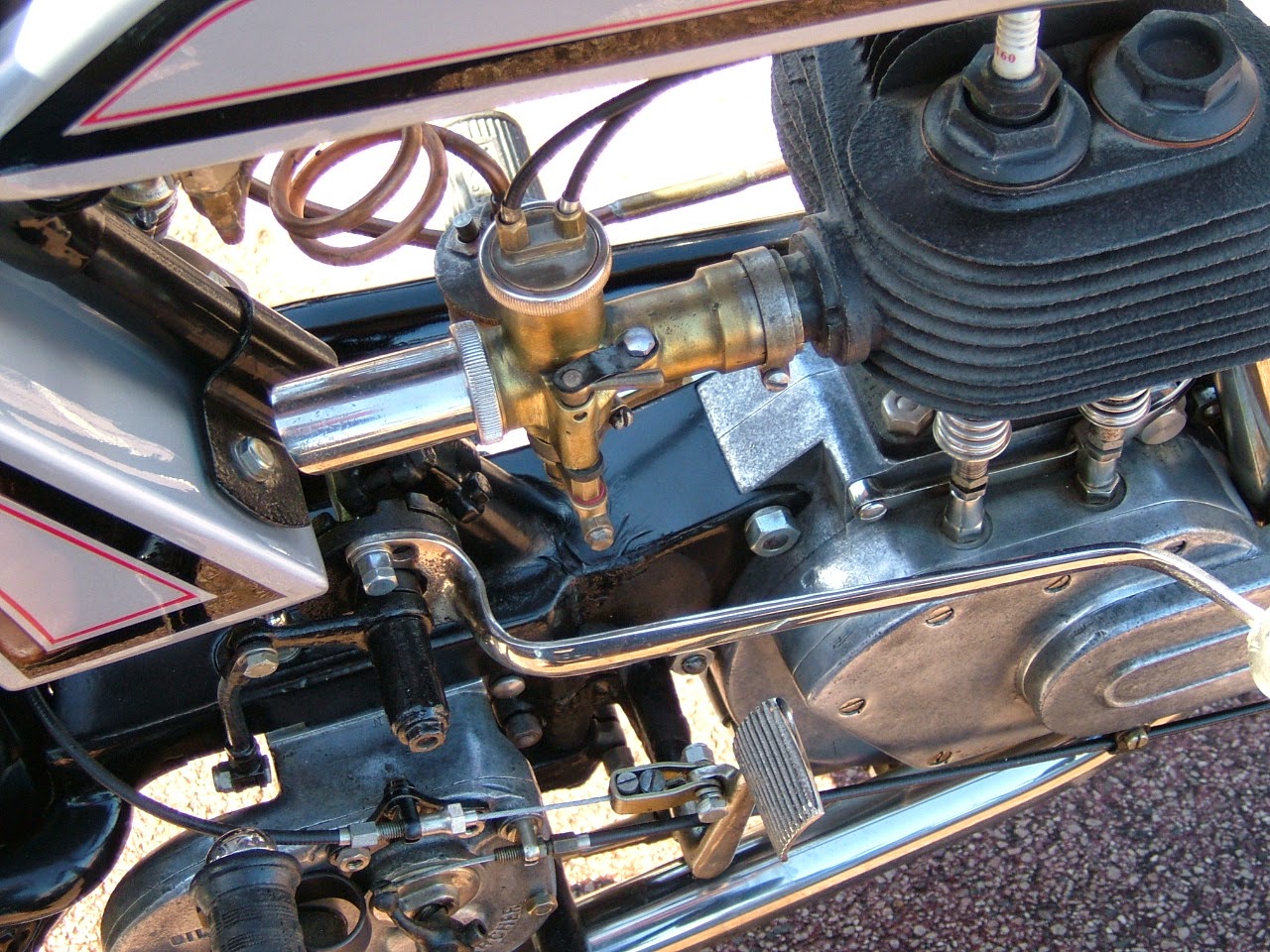 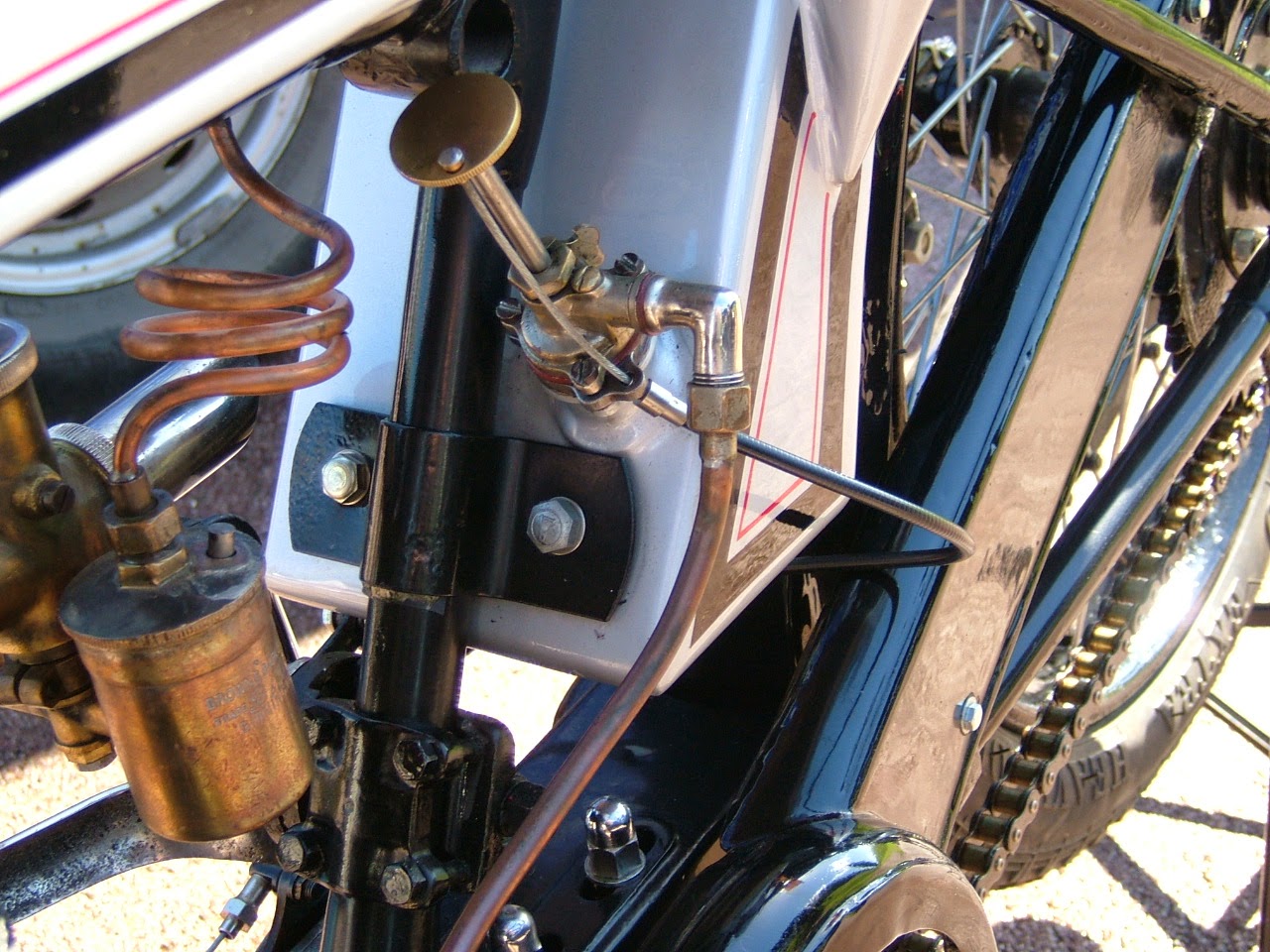