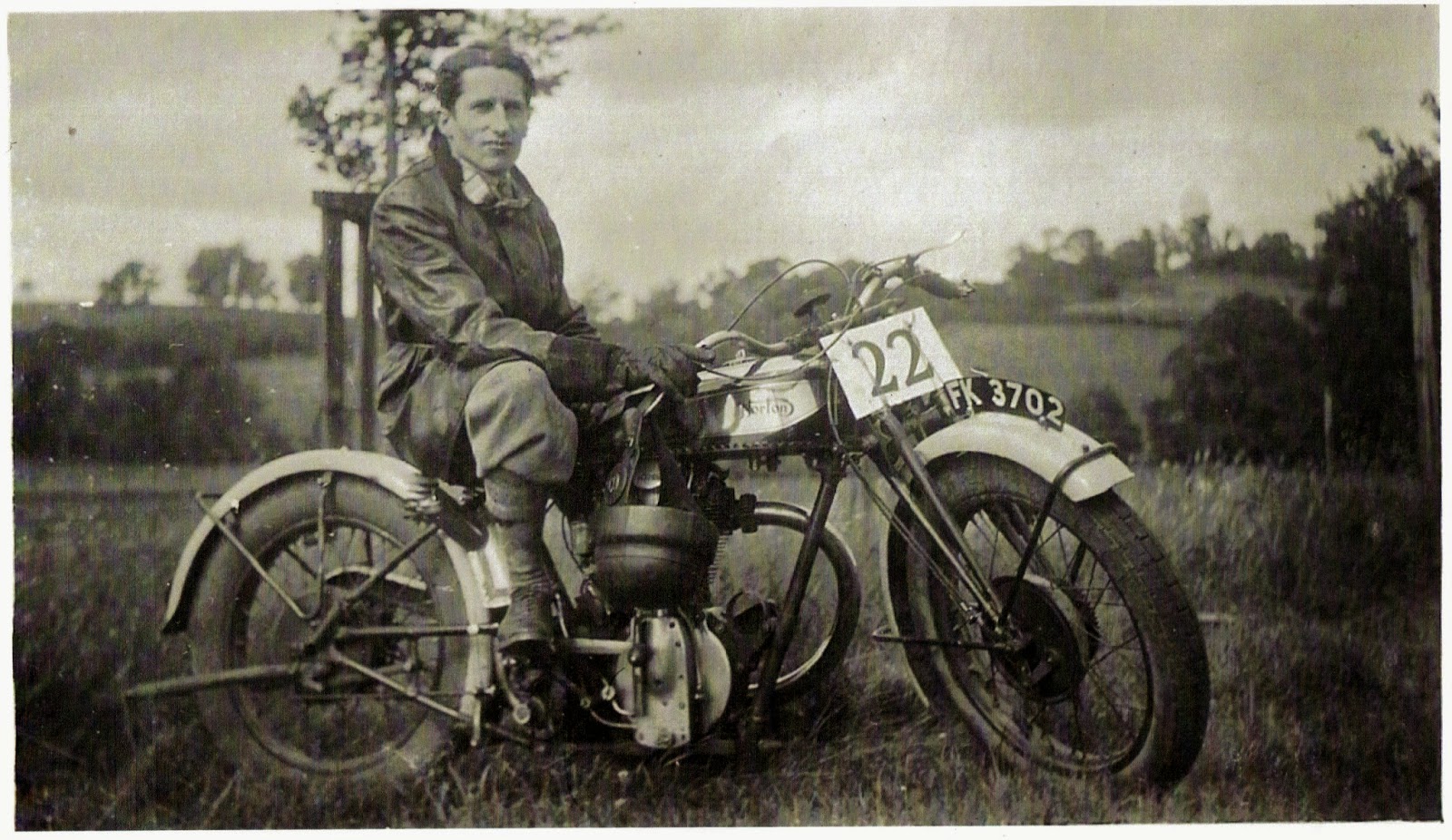 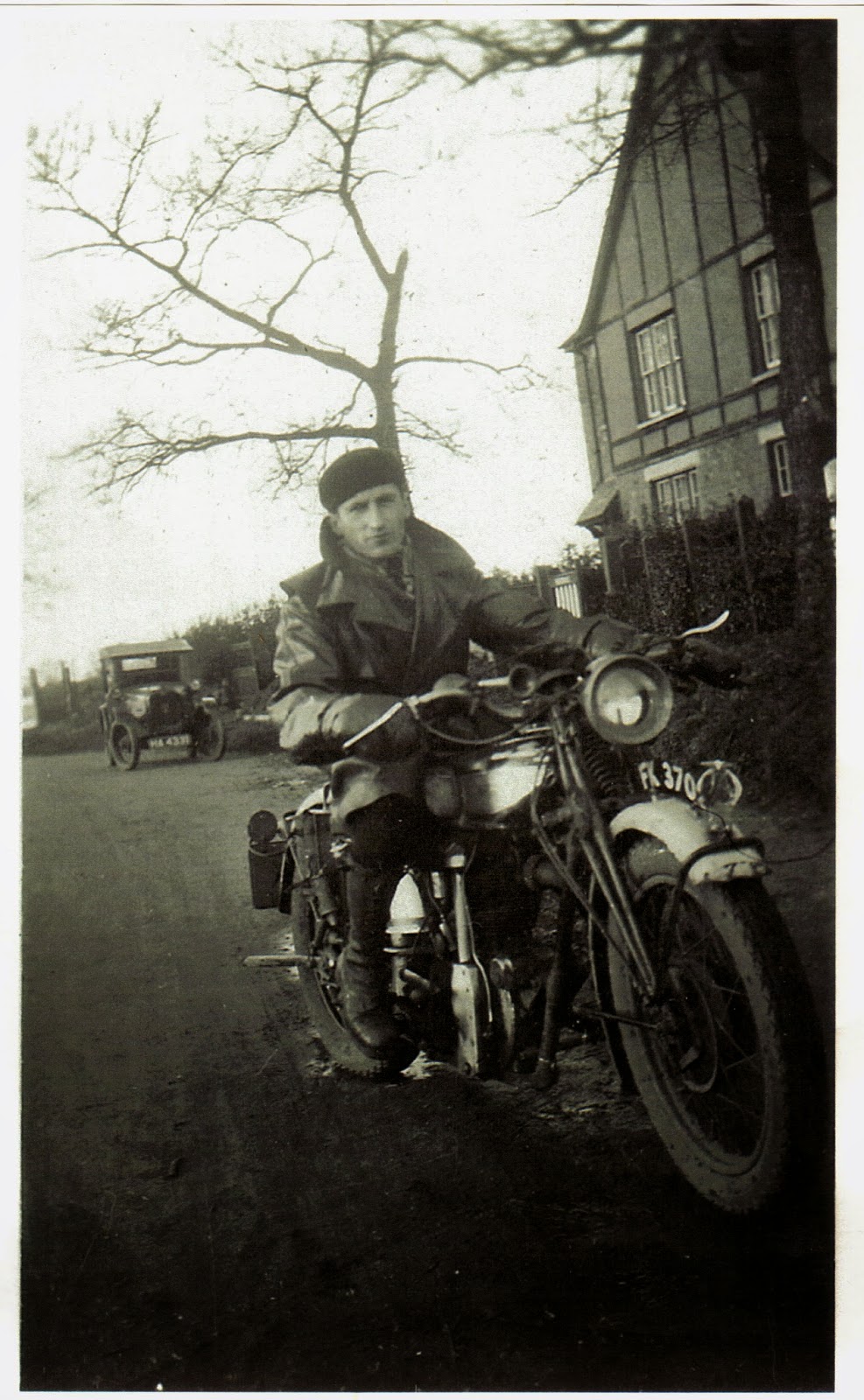 -SG- Bert Greeves is of course associated with the range of Villiers powered lightweights produced at the Thundersley factory from around 1953 to 1978. He was in his late forties at the time production began but was certainly no newcomer to motorcycles – he got his first driving licence in 1919 – and needless to say (otherwise why mention him on this site!) his motor cycling activities in the late twenties and early thirties were centred on a Norton - a CS1 to be exact. This machine appears to have been used for quite a few competitive events as well as everyday transport and some photos of him with it are attached. It suffered a front down tube breakage early in the thirties, which was repaired, and then a major engine blow-up in 1936 apparently resulted in it being scrapped. 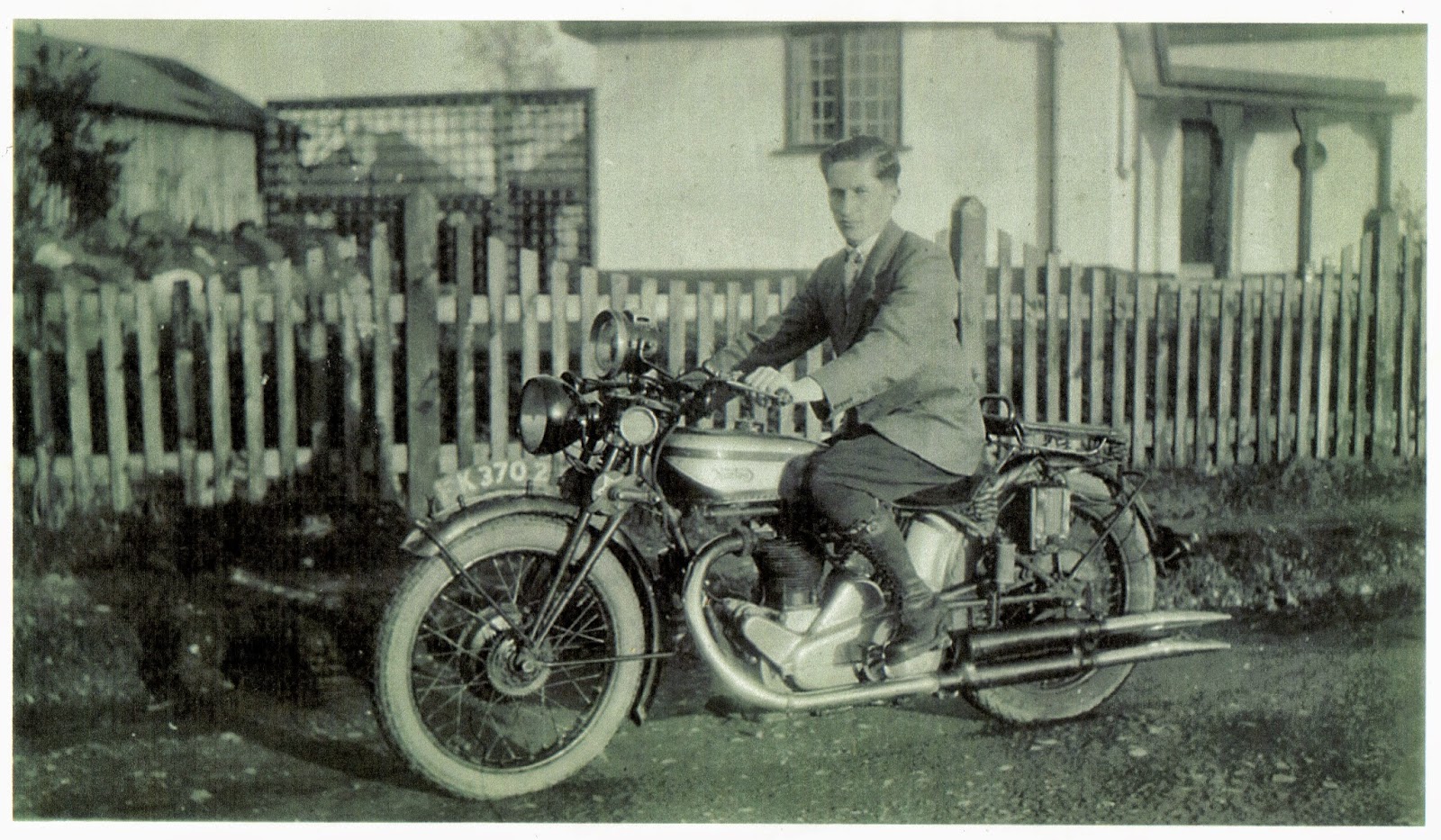 But the CS1 was not his only association with Nortons. In the thirties, he built and ran a garage in Surbiton, Surrey and during the war years acquired from one of his employees a non-running 1930 Model 18. This long suffering machine was used post-war as a test bed for the innovative Greeves forks – the initial version being trailing, rather than leading, link. It was again employed, still with the trailing link forks in place, in the early fifties, to test Greeves’ sidecar chassis design – also with rubber suspension. 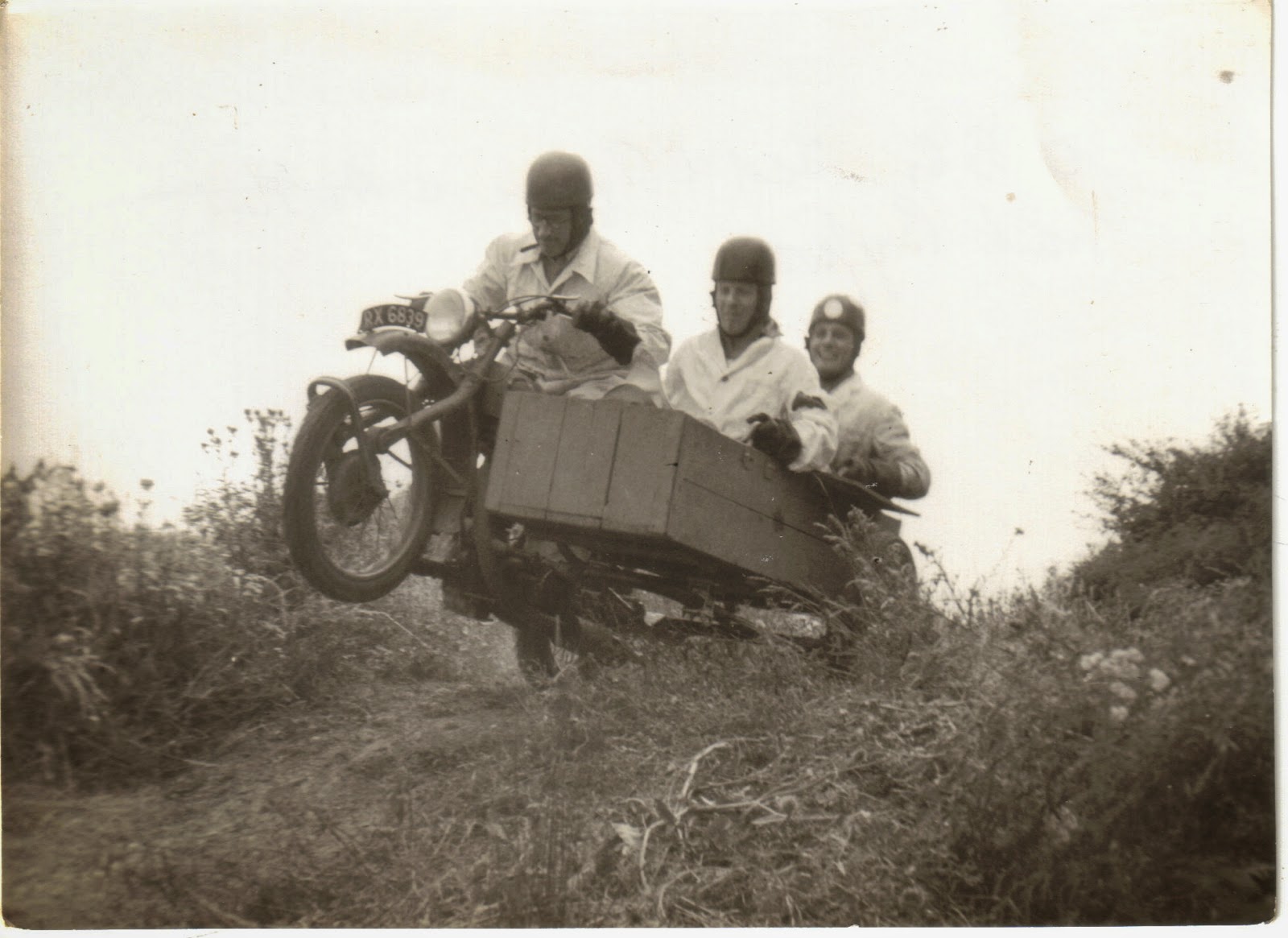 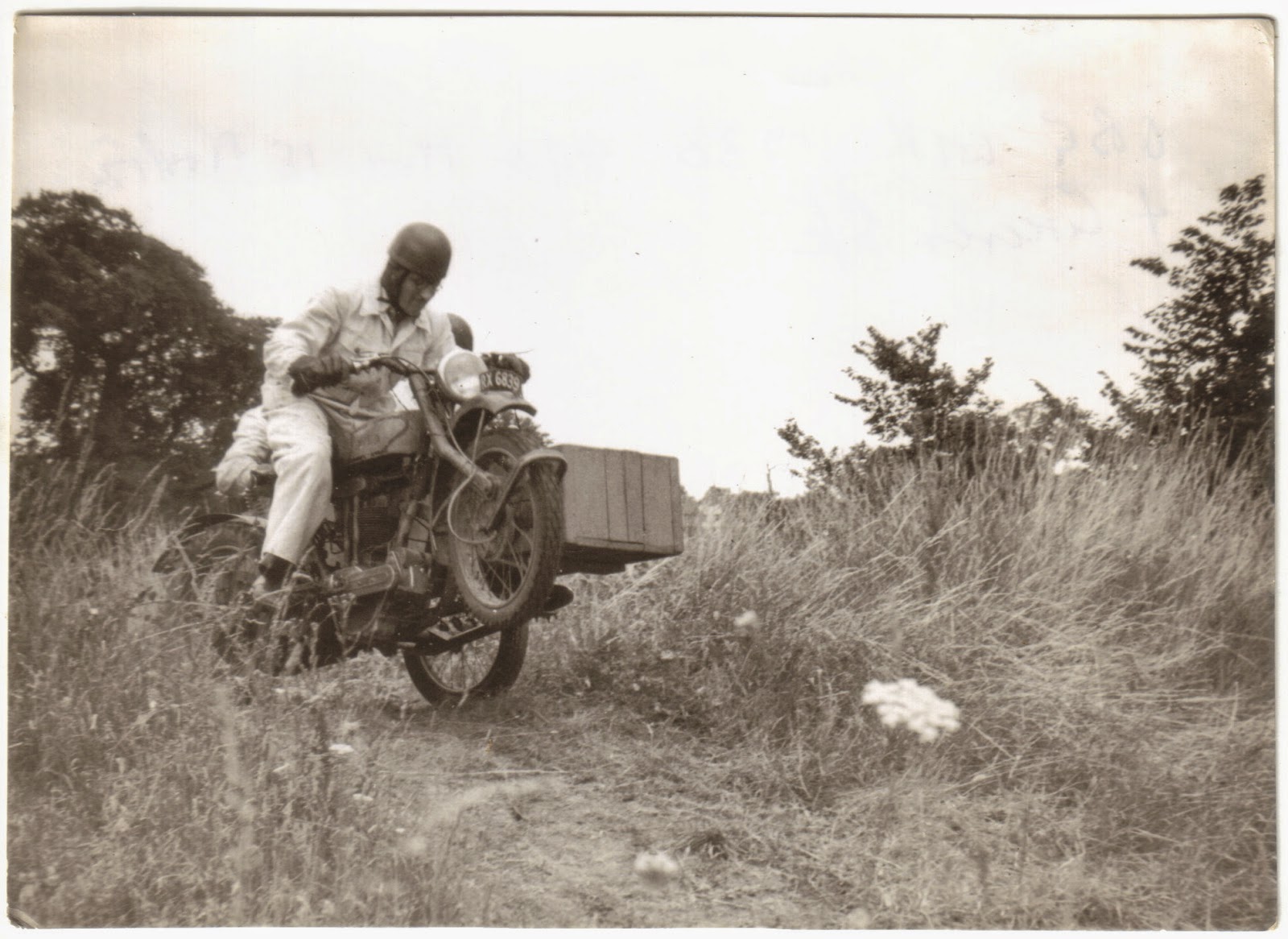 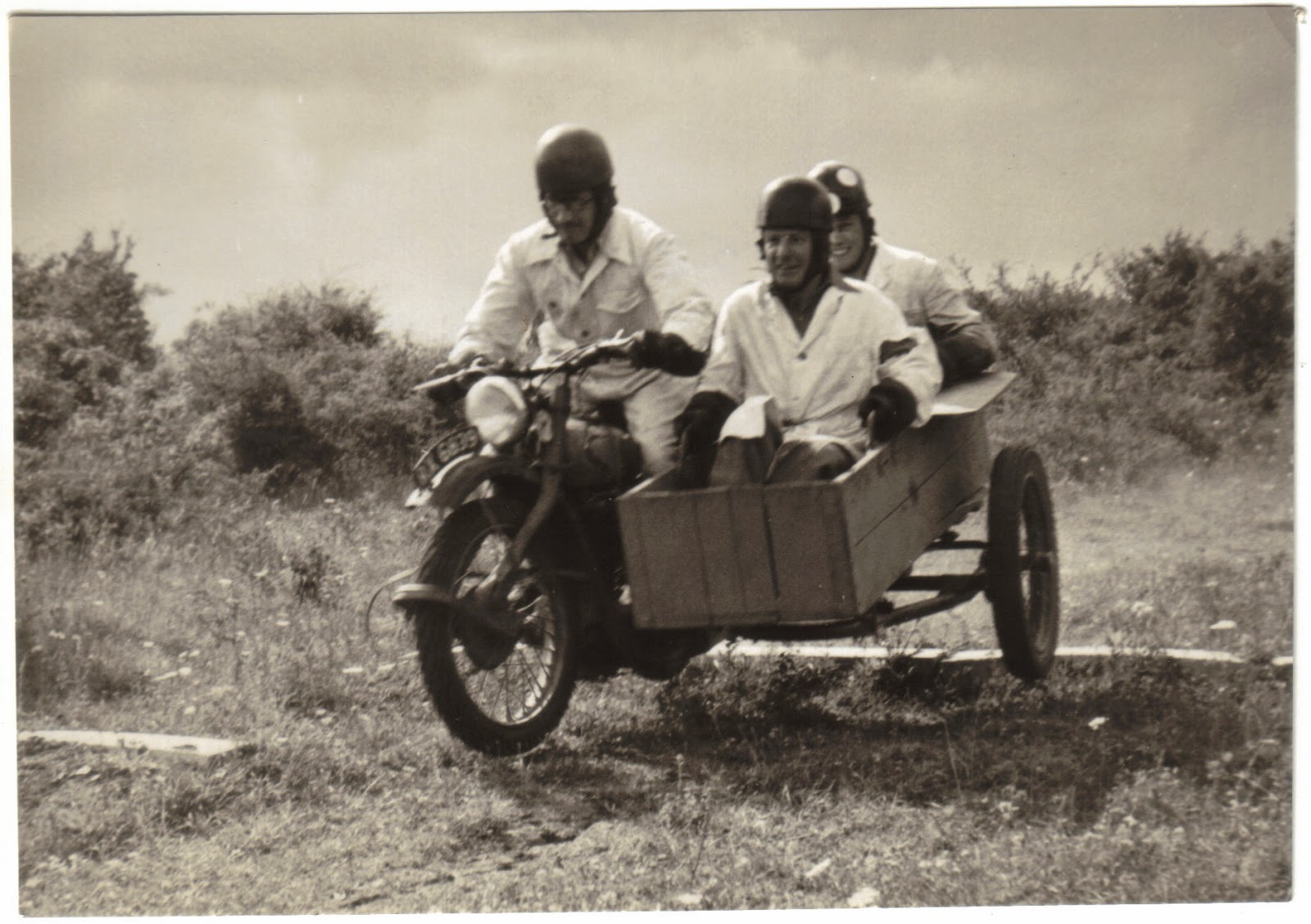 Various action photos exist of it in this state with Bert at the helm and a couple of his employees in the box on the sidecar chassis – taken on the Greeves test track at Thundersley. They all look as if they are thoroughly enjoying themselves! In the event, Greeves decided not to market the chair chassis but retained the Model 18 in his collection.


After his retirement, this collection was sold in the late seventies to Don Hitchcock, in Folkestone. And the Model 18? That was sold on by Hitchcock in 1996 to leading horologist and Greeves enthusiast Andrew King – still in ‘as last used’ condition, with the prototype forks on the front end. Andrew, in turn, exchanged it a few years back for another Greeves belonging to Ken, a friend of mine who lives about 20 miles away. Although he is retaining the original and rather weighty Greeves forks, Ken plans to fit correct Webb forks and gearbox which have been obtained. A rebuild will follow of this humble machine, which nevertheless played an important role in the Greeves story and the development of the forks which became a symbol of the make. 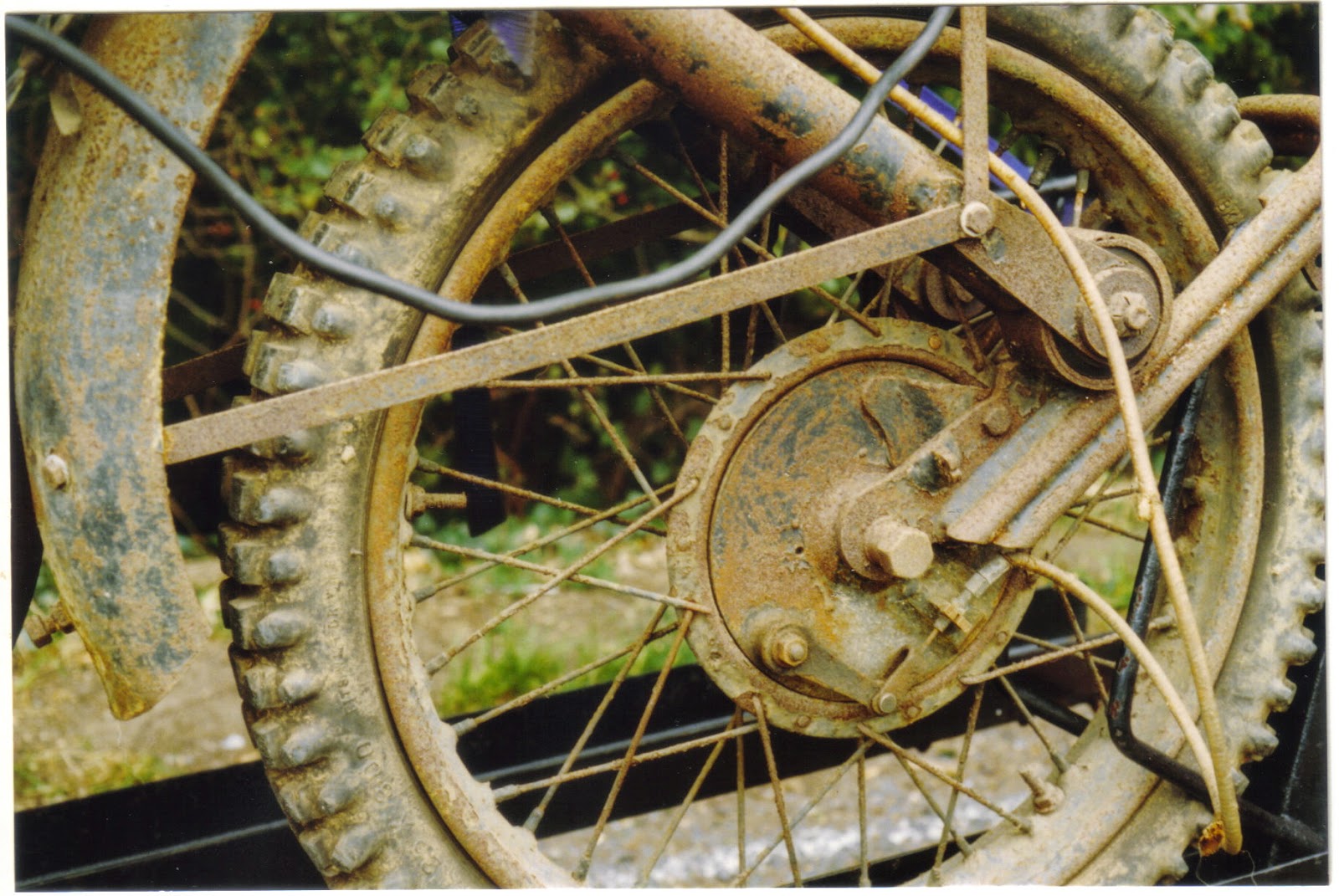 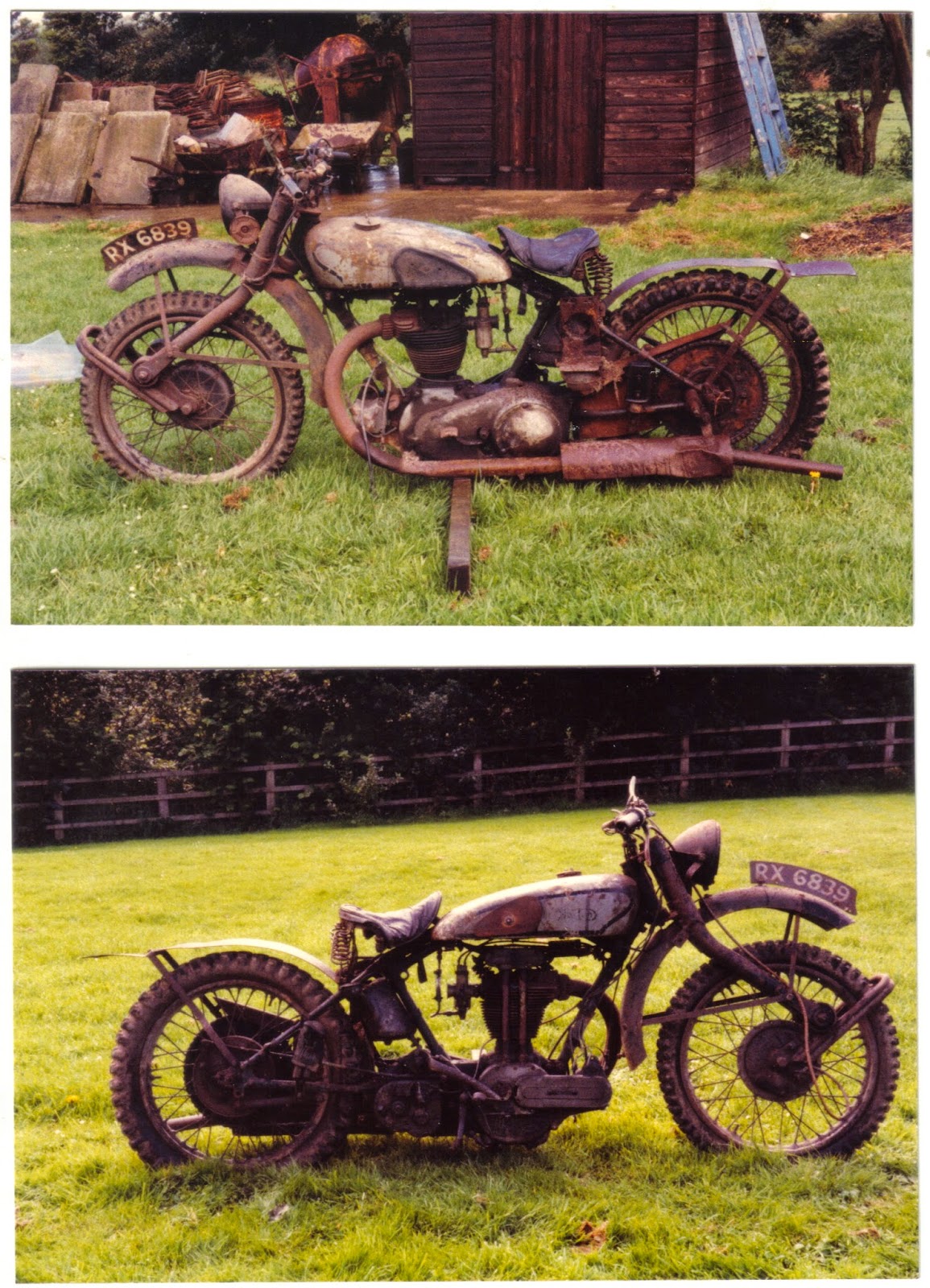 All the photos used have been provided from Ken’s file for which for which many thanks are due!

postscript "Andrew King has just advised that, in fact the Greeves sidecar chassis was put into production in 1952 but very few were made - the one known survivor also being now owned by Ken.  There were apparently problems over the enormous number of fittings needed for it and also threats of patent infringement. When motor cycle manufacture was started towards the end of 1953, production of the chassis was dropped."
Newer Post Older Post Home