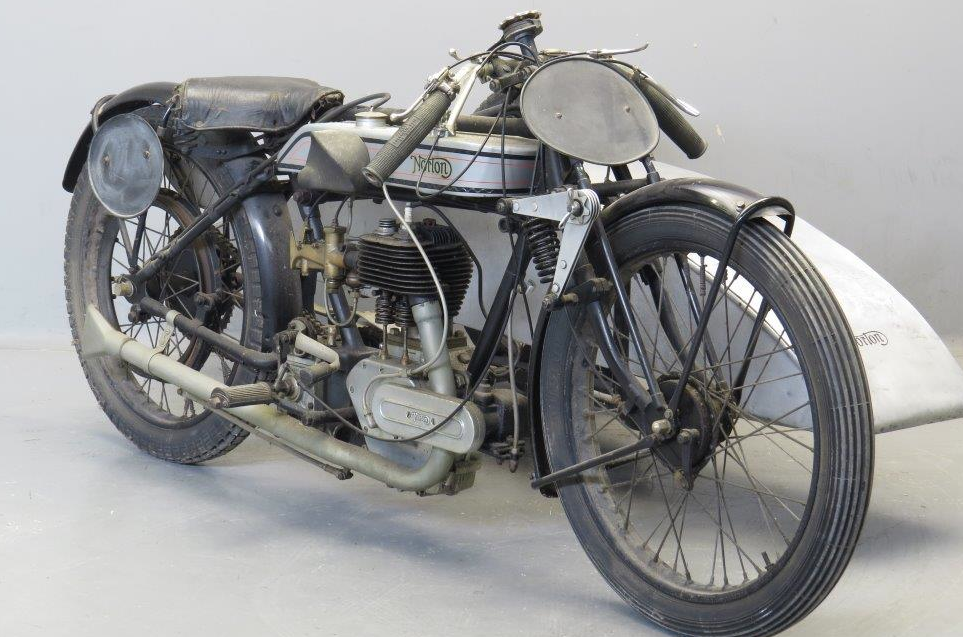 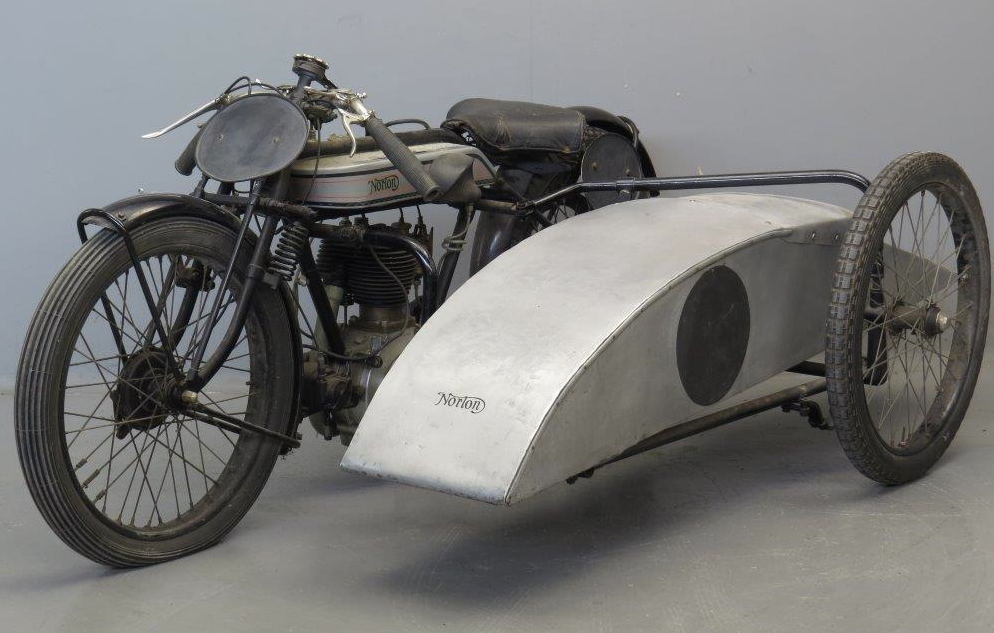 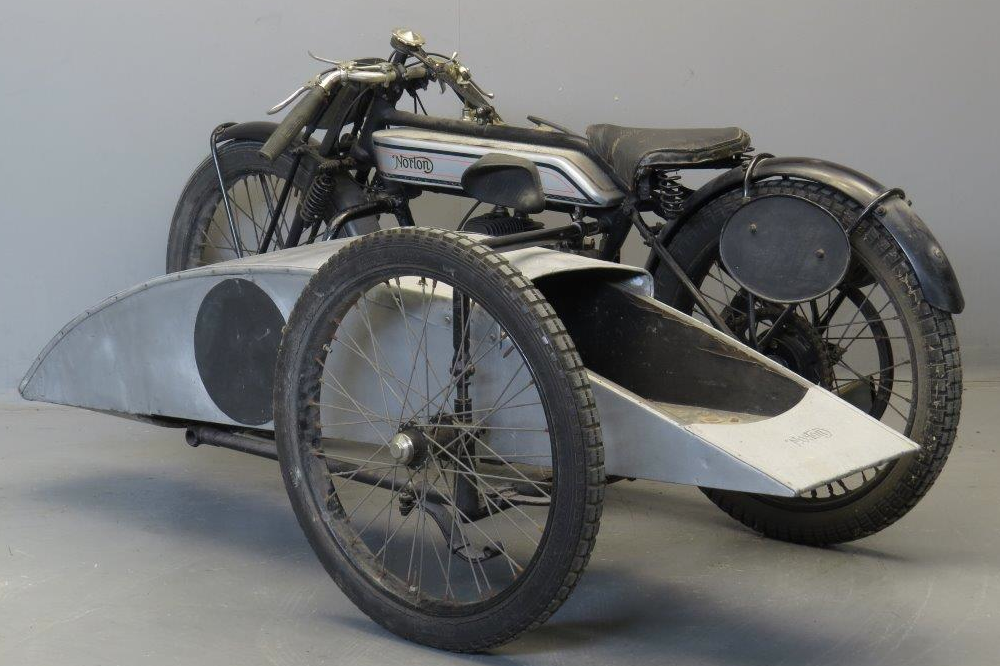 -SG- Engine 6195 shows up in the Works Records and the details are: Model 2 despatched 30/5/23 to Maudes Motor Mart ... not very racy. The gearbox is post-1925, the magneto looks 1930s BTH or Lucas. The suspension damper is European thirties I suspect. The Andre steering damper is about 1927/8. Footrests are certainly later too and the front brake anchorage looks very suspect. All in all a fun bike but a racer? ... Hardly! ...  I like the Binks mousetrap though!

Addendum from Yesterdays' website:"From the old log book we have been able to trace it's history back to 1946 when it was owned by a Mr. John Walters. He sold this combination in July 1946 to a Mr Vincent Arthur Bennett. After a few changes in ownership it came in the possession of the late Bill Fruin. This remarkable man was addicted to the Norton brand and he had nearly every model from all production years in his collection. Bill ran an old motorcycle shop (Benson Motors) in the village of Benson, Oxfordshire. We  have been told that  Bill Fruin loved to race this outfit on many occasions on the Brooklands race track. After Bill passed away his collection was sold by Phillips Auctioneers in 1984. The buyer was a Cheshire gentleman who never used the combination and kept her on the loft."

-JdK- Brooklands closed in 1939, so it's hard to see how he managed to race this outfit there ...
Newer Post Older Post Home