-SG- Several years back John in Northern Ireland sent me some interesting photocopies including this slightly murky one (above). At the time it was undated and untitled, and I think neither of us had looked at it very carefully. Had we done so, we would perhaps have identified Victor Horsman as the rider. 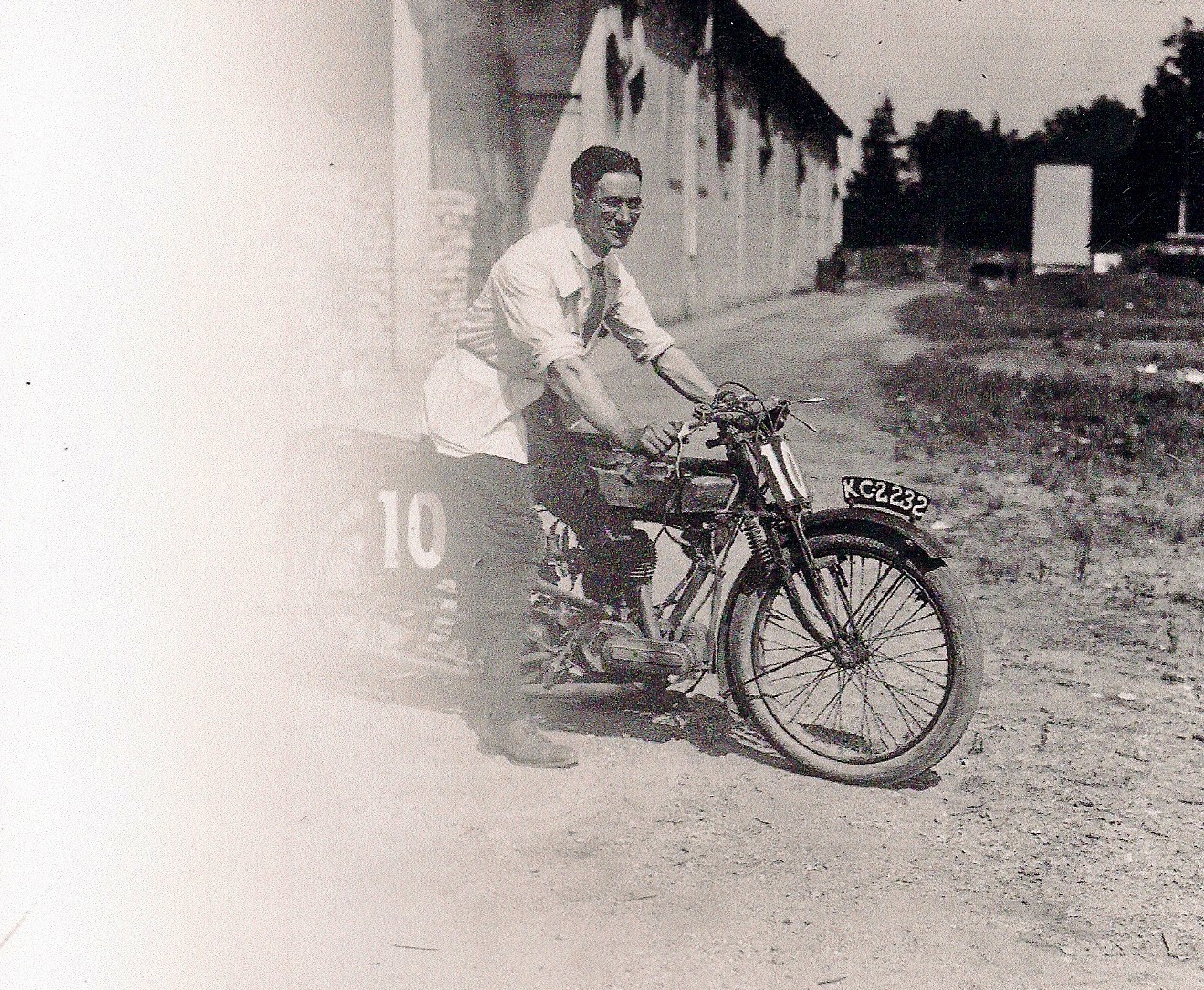 The second photo - suffering the effects of time or damp -  from the Bibliothèque nationale de France shows a cheerful Horsman at the 'weigh-in' for the Grand Prix de la Sarthe in July 1921 with his works 16H and I am fairly sure from what one can see of the registration numbers, it is the same bike as the one in John's copy.
Newer Post Older Post Home