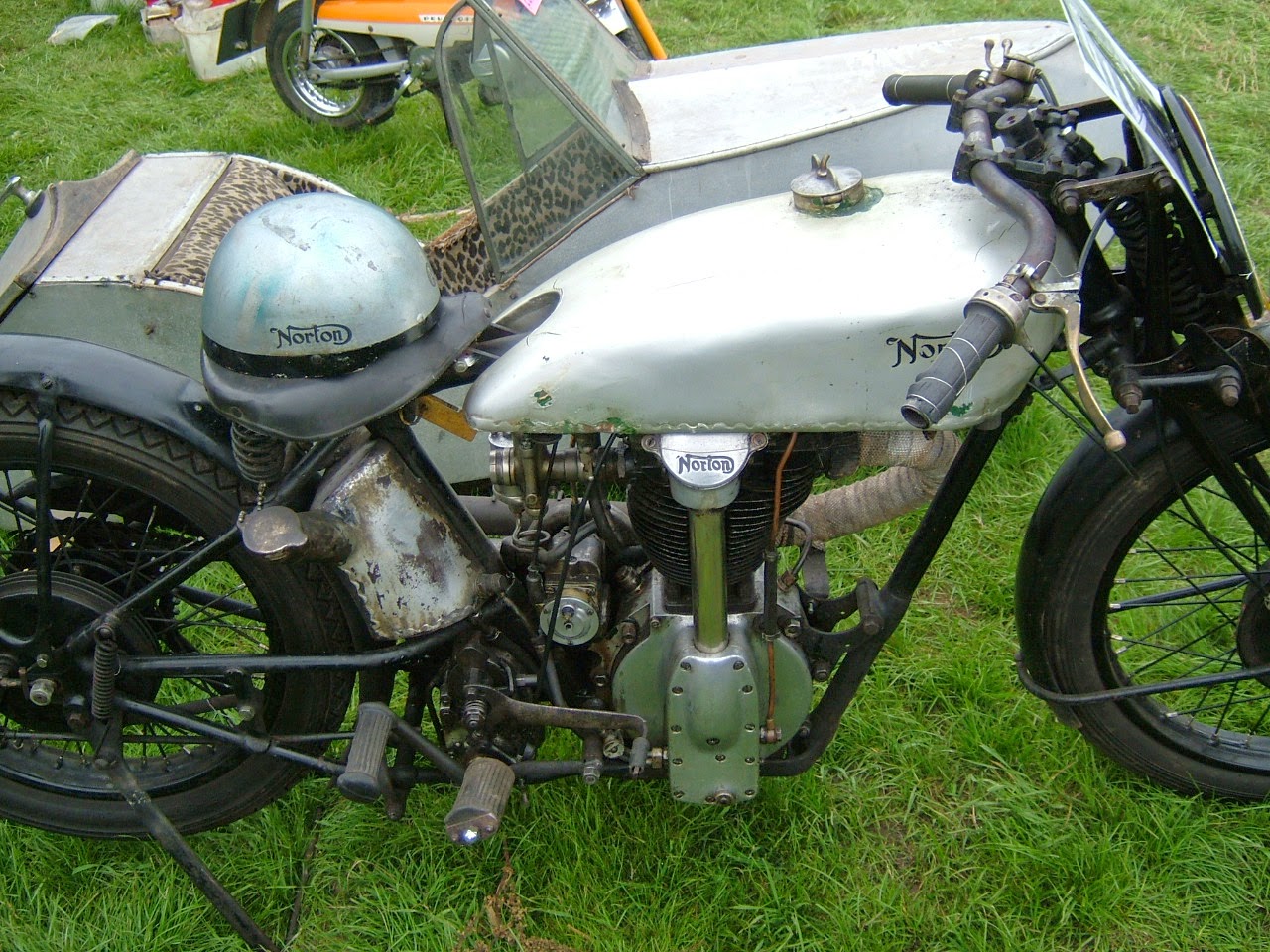 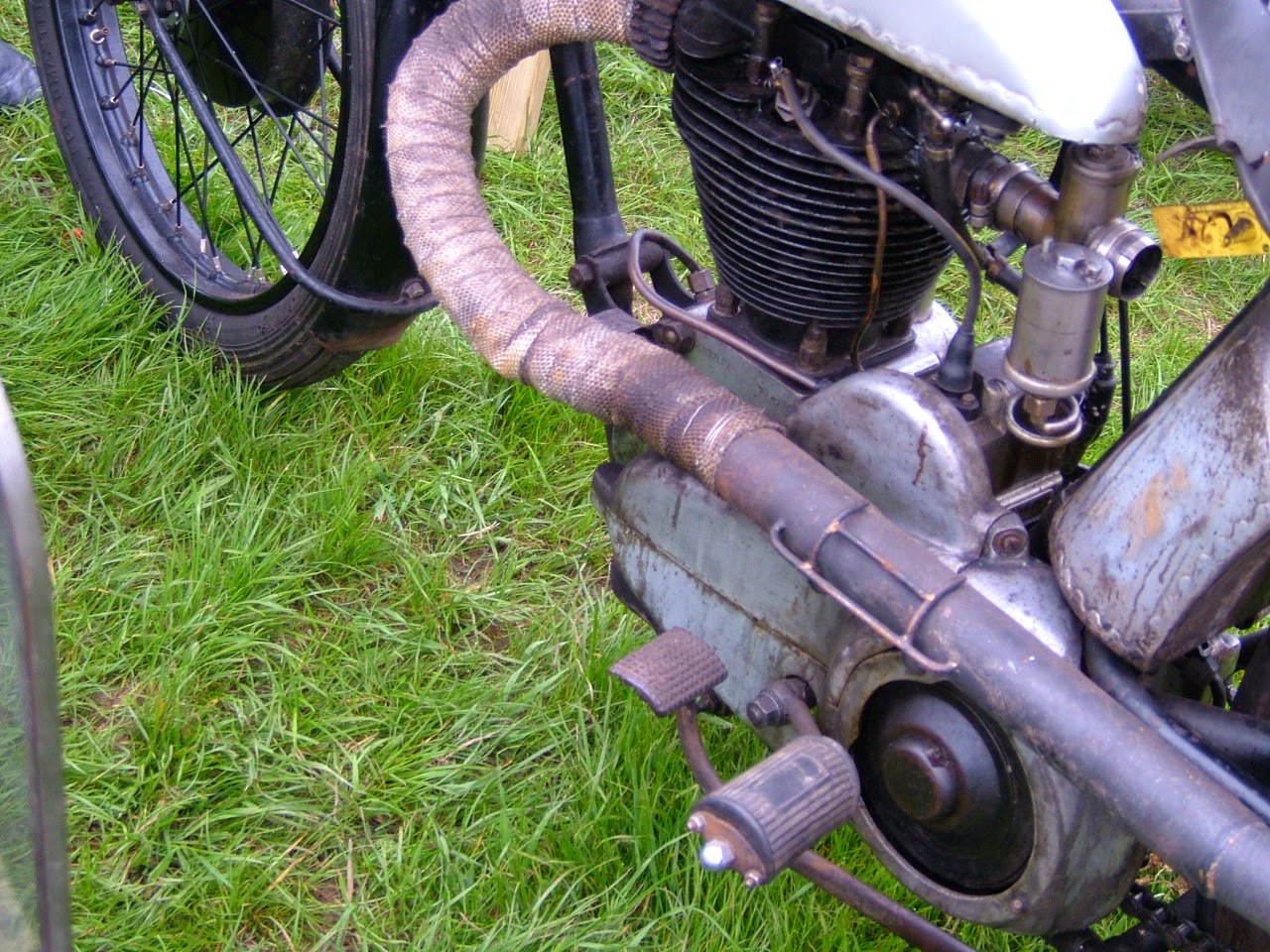 -SG- A very fleeting visit to the 'Eurojumble' revealed a couple of bikes worthy of recording for this website.

First - a 1928 CS1 in a remarkably scruffy state which apparently belonged to a chap who died unexpectedly last year while attending one of the events in France with it. I am told it is a composite job rather than a 'sought-after by some' matching numbers machine, but none the less, it is basically 'all there'. The engine number is 37187 which may well just make it 1927 (I have not looked it up) and the frame number was difficult to get at. It has a later type S-A footchange on the correct gearbox and a 1930 back plate on the rear wheel (of little importance). The front hub looks correct but also, so new, that I think it may be a replica, but a good one. The oil tank filler cap looks like a crudely modified car radiator cap and the steering damper knob and spindle are missing. The magneto is not period and the carb. - a TT Amac - predates the bike by a couple of years. For the right price it would be quite an attractive package but the asking price is £25.000 which seems about £10.000 too much to me. We have the seller's contact details for anyone interested ... 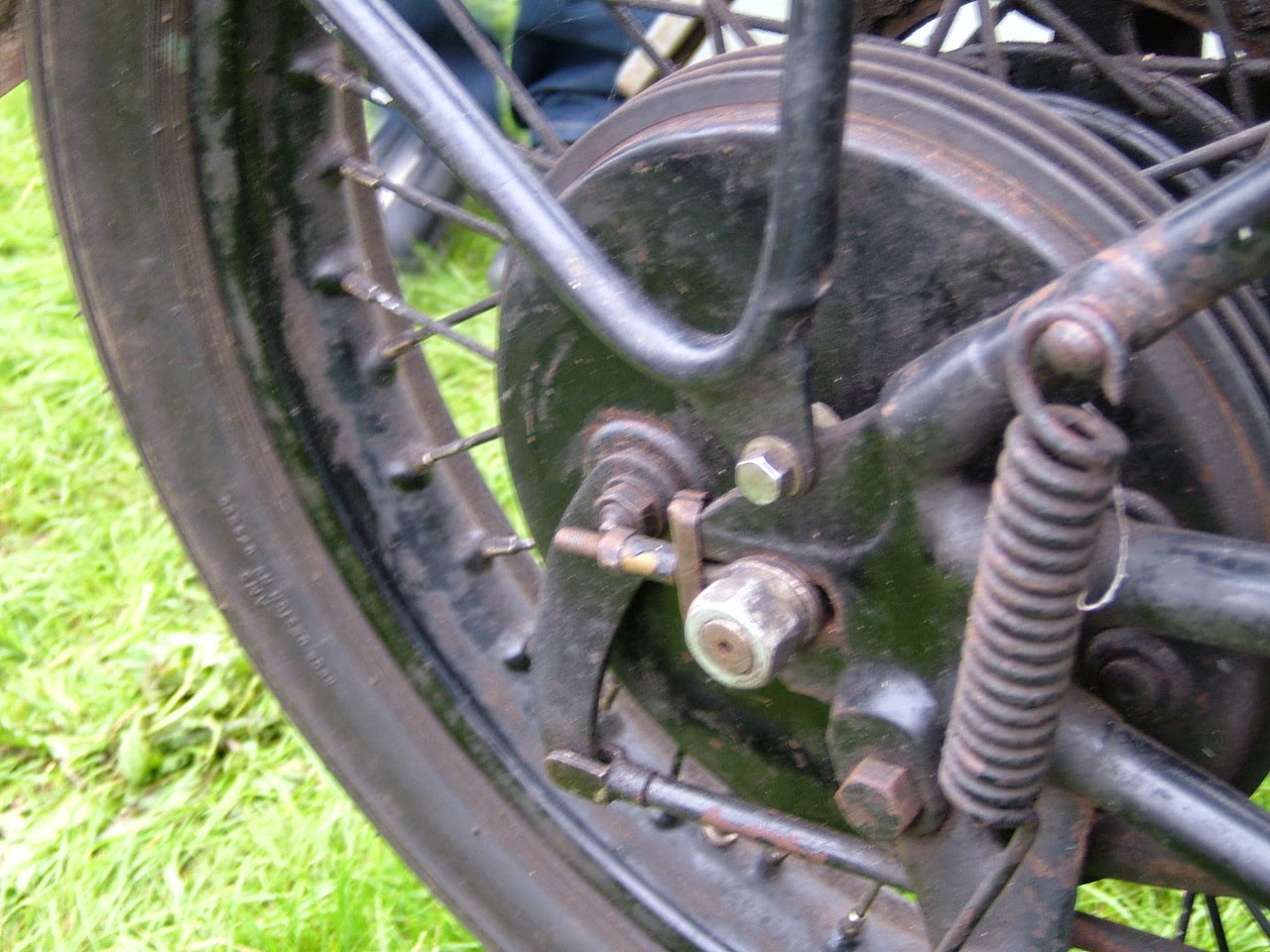 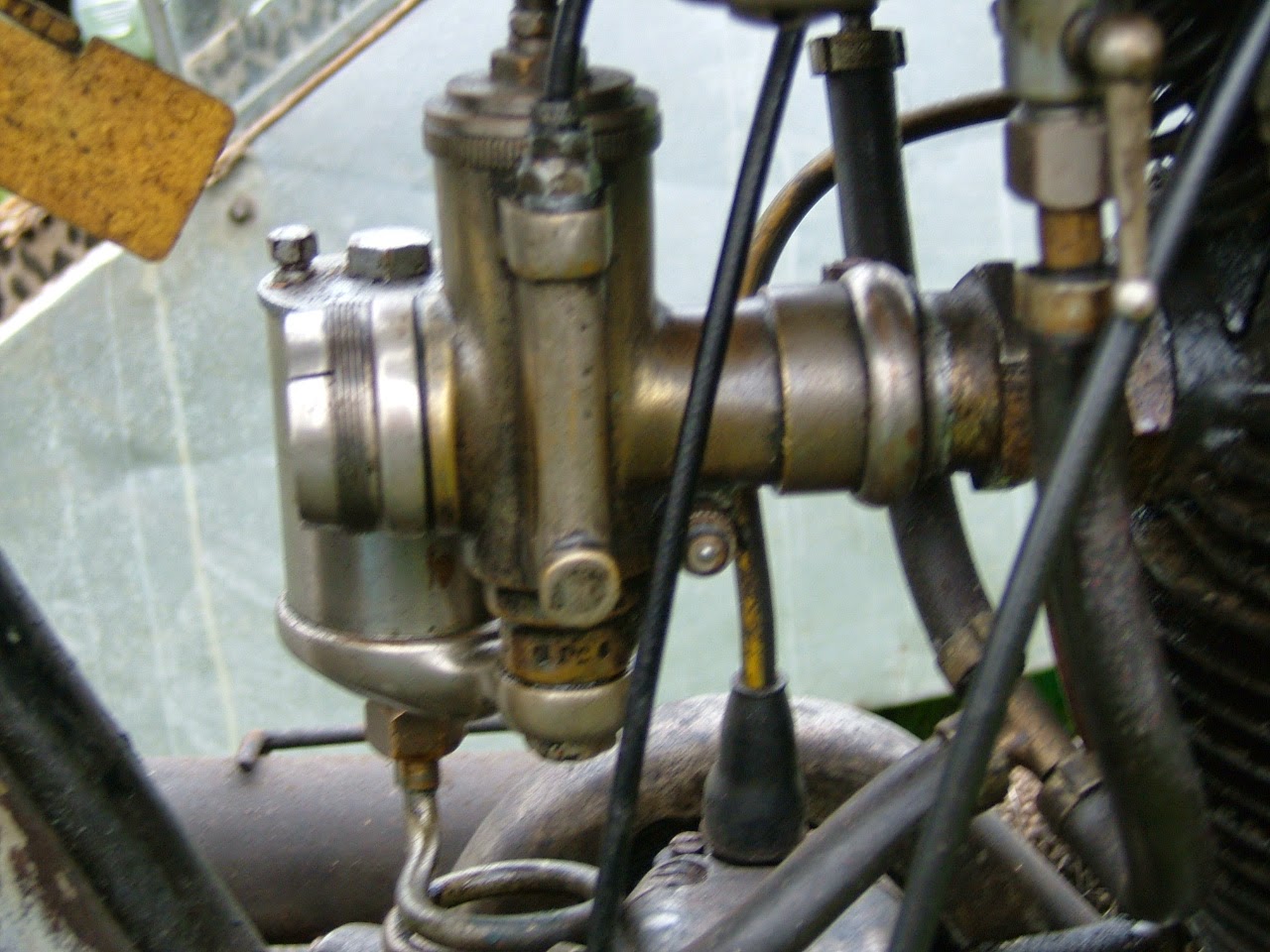 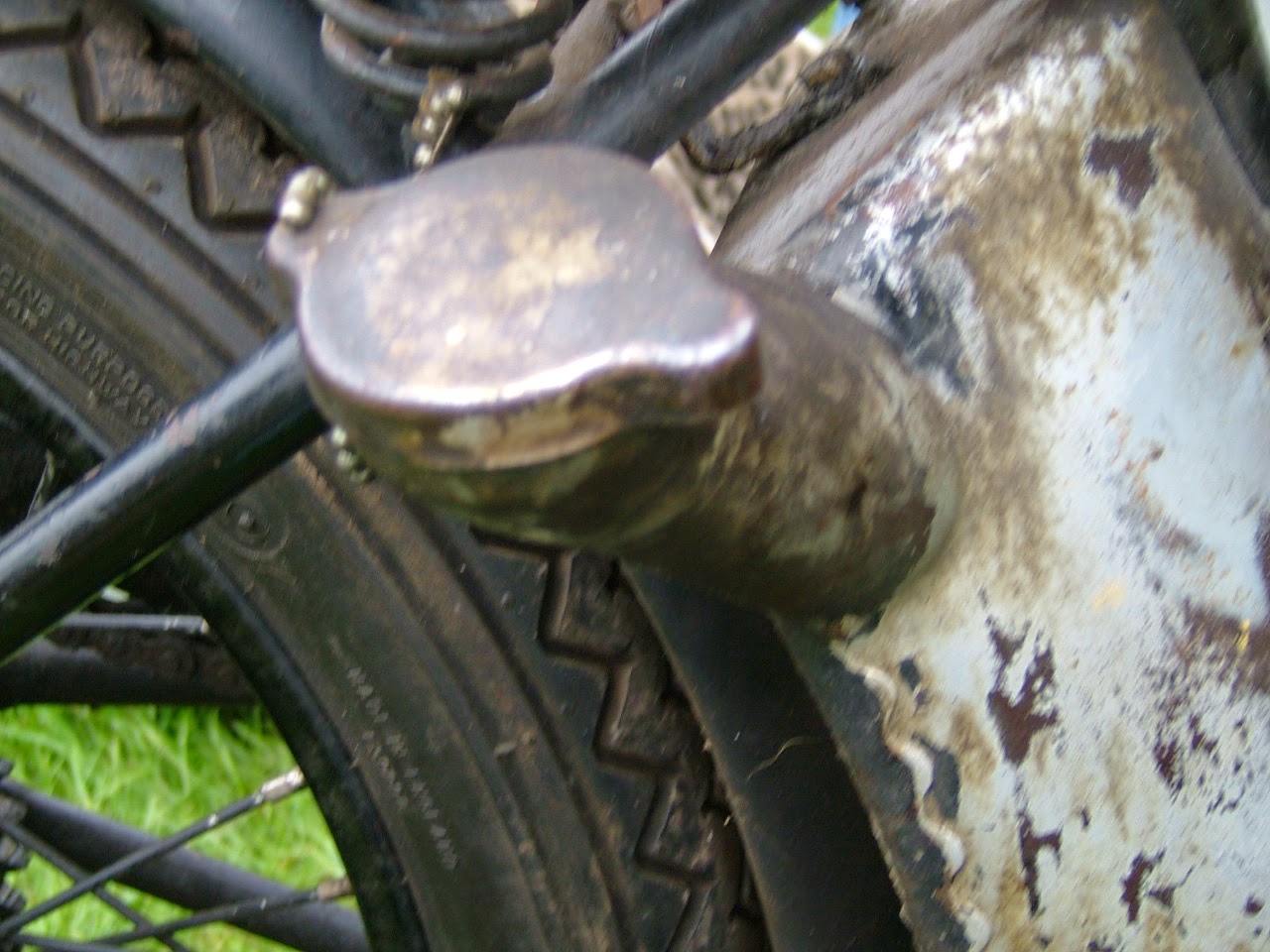 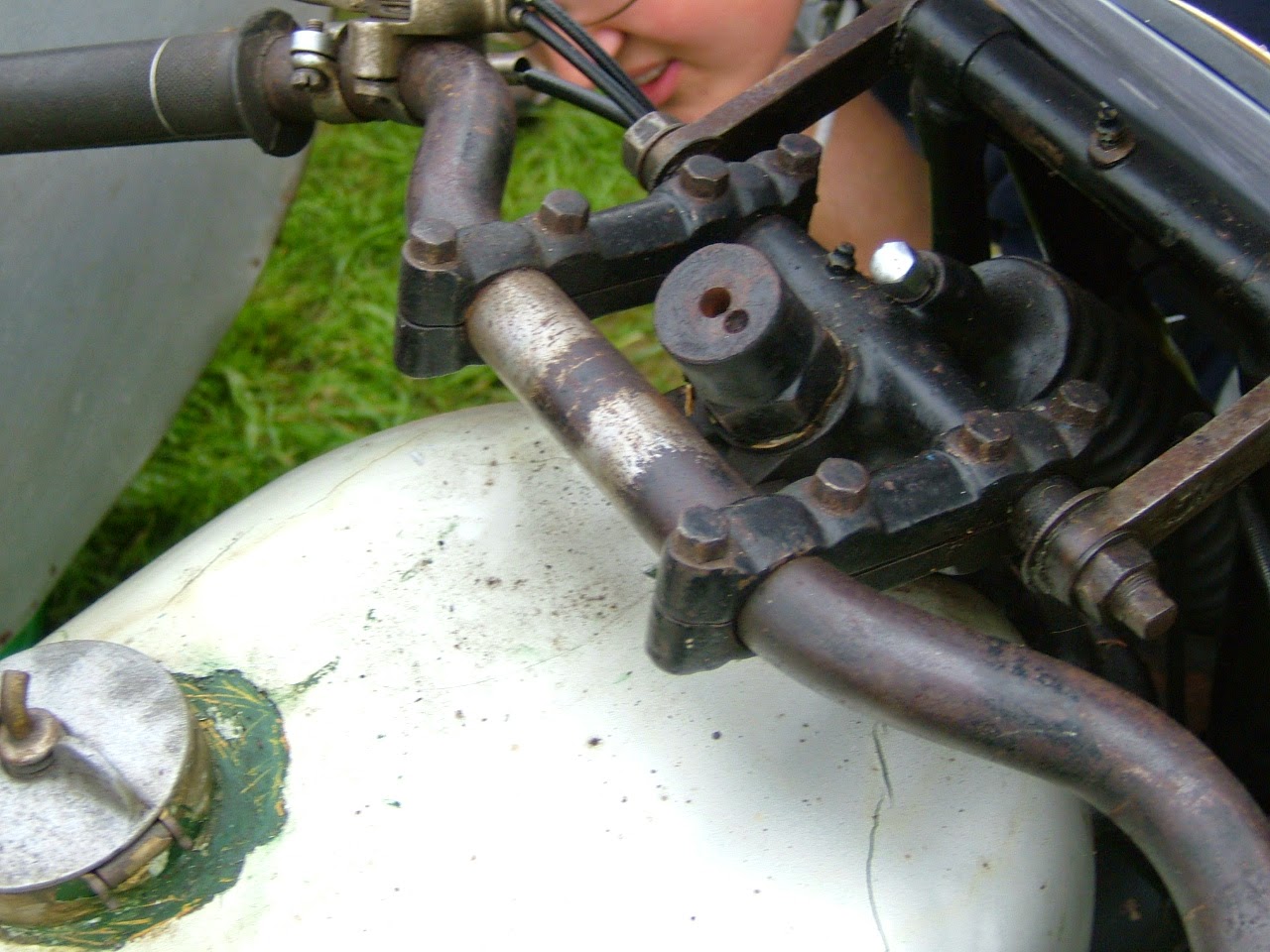 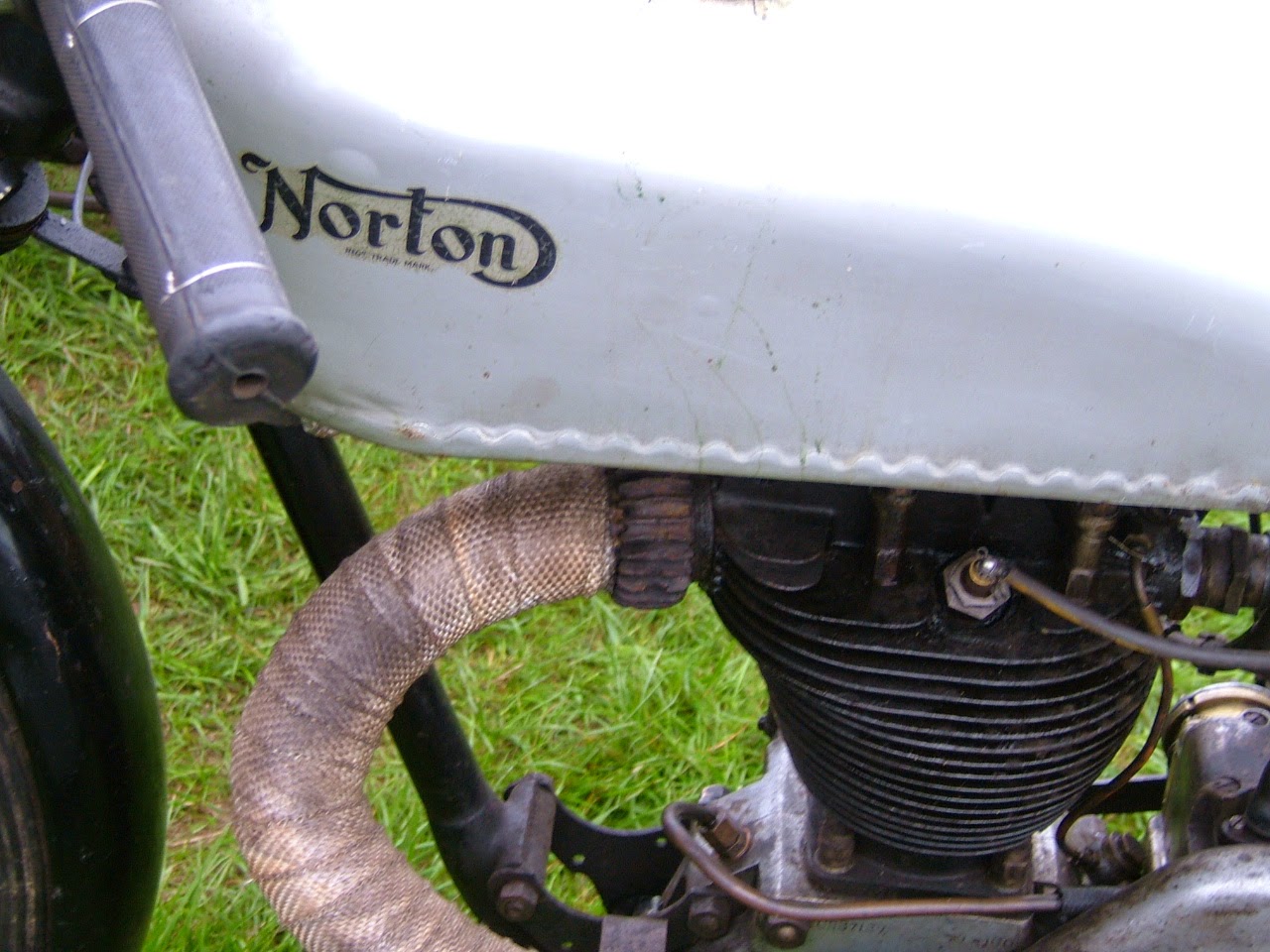