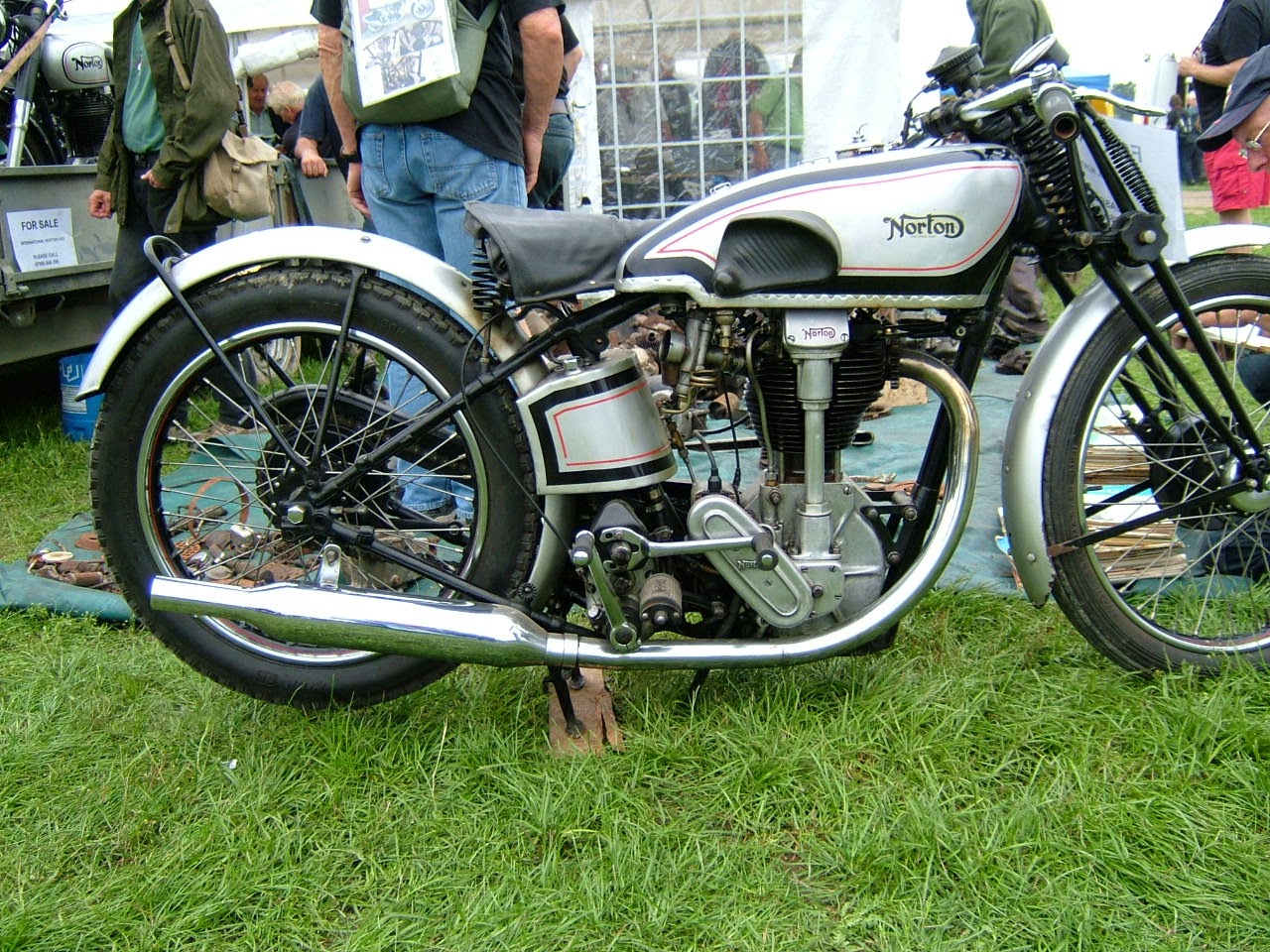 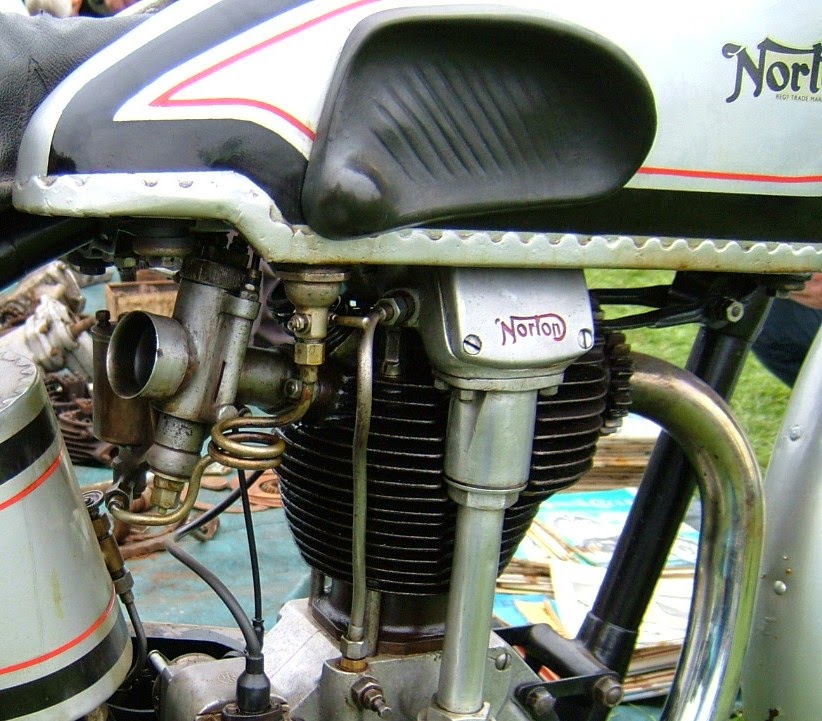 -SG- The second machine of note at the 'Eurojumble' is a 1932 Model 30 and the seller, Jerry, has given me his mobile phone number in case anyone is interested. He has a dating certificate from the NOC and the bike was shipped in September 1932 to a dealer in the north of England. I am the first to admit that the finer points of thirties OHC machines are not one of my strengths, but apparently sundry NOC pundits have expressed surprise at its originality - even down to the mudguards (though now painted a less than desirable hue). For myself, I view with slight suspicion the centre stand, which I thought came a bit later in the decade, the rather sumptuous fuel tank and the oil tank which surely is later - it has an ENOTS filler cap. SOLD The asking price for this one is also £25.000 ...

-Richard- Regrettably, the bike is not totally original with the most notable departure being the front forks which are from sometime between 1935 and '38 and from a non International model. The oil tank, which Simon alluded to, looks like a later replacement as it does not have the large diameter access plug on the off-side of the top. The BTH magneto also looks like a later addition. The mudguards may be replacements and it is missing its original front stays. Simon is correct about the centre stand as they were not listed until 1935 and referred to as prop stands in the brochures, but these are easily fitted to earlier models as they were designed to fit the existing frames. Although the bike was dispatched in September 1932, it looks to be one of the first of the 1933 spec. bikes with the large wheel hubs as the new models were produced in advance of the major motorcycle shows in October.

As the price of these machines continues to increase, any prospective buyer should seek a second opinion as to originality of a bike as after 80 years, there are likely to have been replacements and changes, so as far as originality goes, buyer be very aware!

-Richard in response to some questions-

I feel I did not explain myself very well regarding the 1932 specifications.

The oil tank on this bike is lacking the large access plug on the off-side top of the tank and if you look at all the original photographs the tanks have this fitted. Tanks made later to replace damaged or split originals may not have this plug, even ones made by Nortons themselves.

As far as I am aware all production Inters were fitted with rear-set footrest lugs from the beginning. The defining difference for early Inter frames is an extra lug on the saddle tube below the gearbox top lug but facing forwards. This extra lug was where the footrest threaded rod went through when forward footrests were used but was also a mounting lug for the engine plates. This was fitted for 1932 and '33 only and for 1934 the rod ran through the crankcases as all the later ones did.

The George Dance knee grips were used between 1932 and '34 on production Inters. Bolt through tanks were new for 1934 and made from aluminium and were reserved for the works riders only. The production racers were first fitted with bolt through tanks in 1939 but these were still soldered steel and Manx Nortons had to wait until 1950 before they got aluminium tanks.

The works bikes did have auxiliary check springs in 1932 and these were used on all Inters for '33 and the whole range for 1934.

Many up-dates have occurred to many machines over the years so we must refer to original photos of the bikes when they were new. 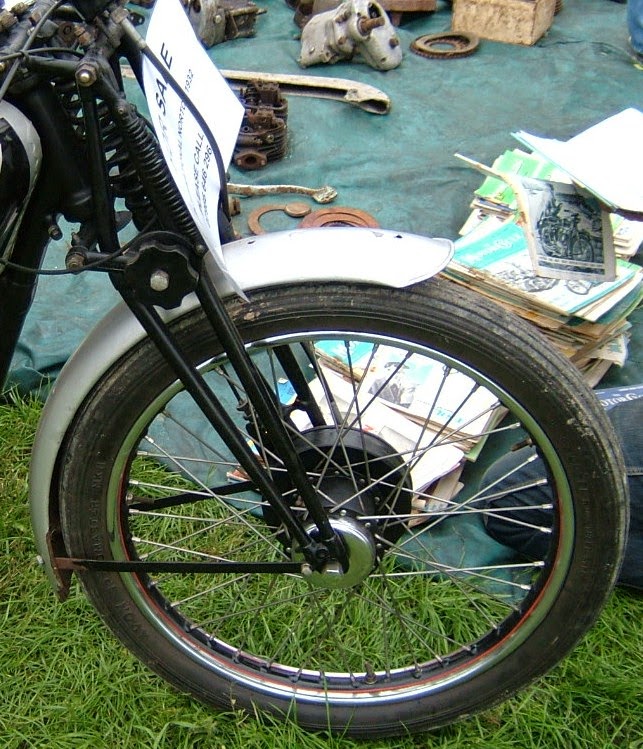 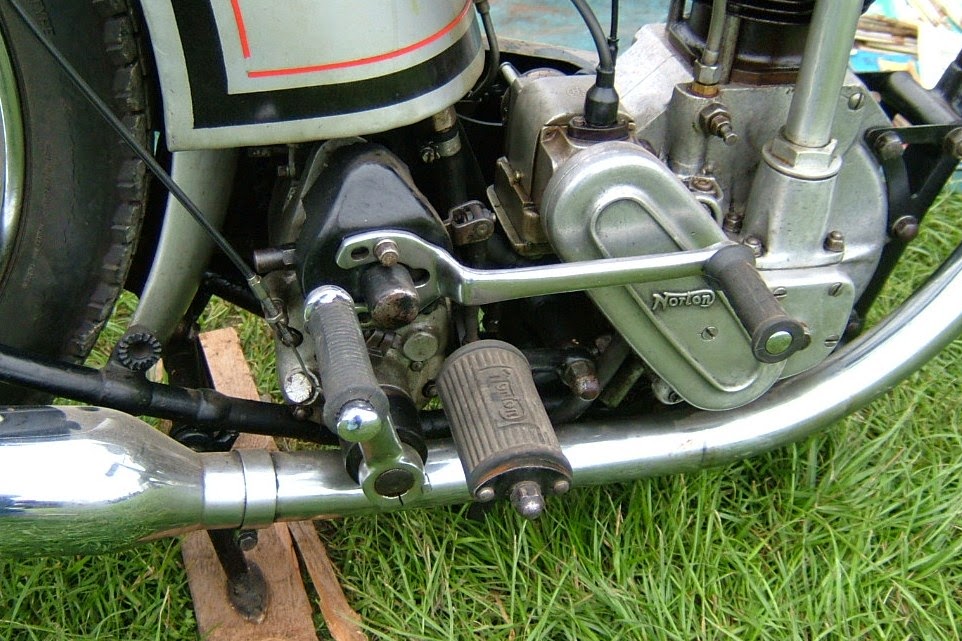 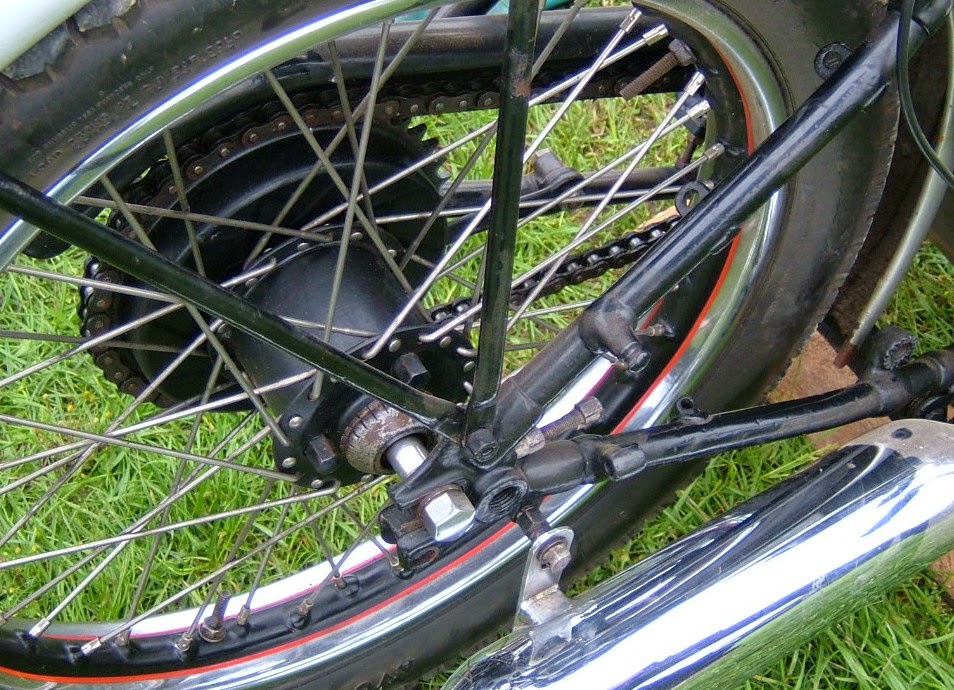 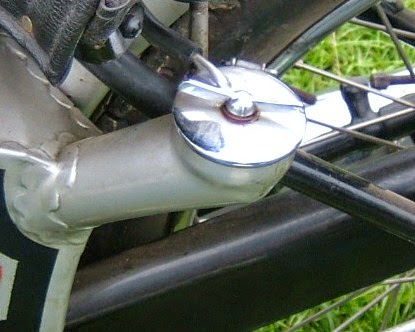 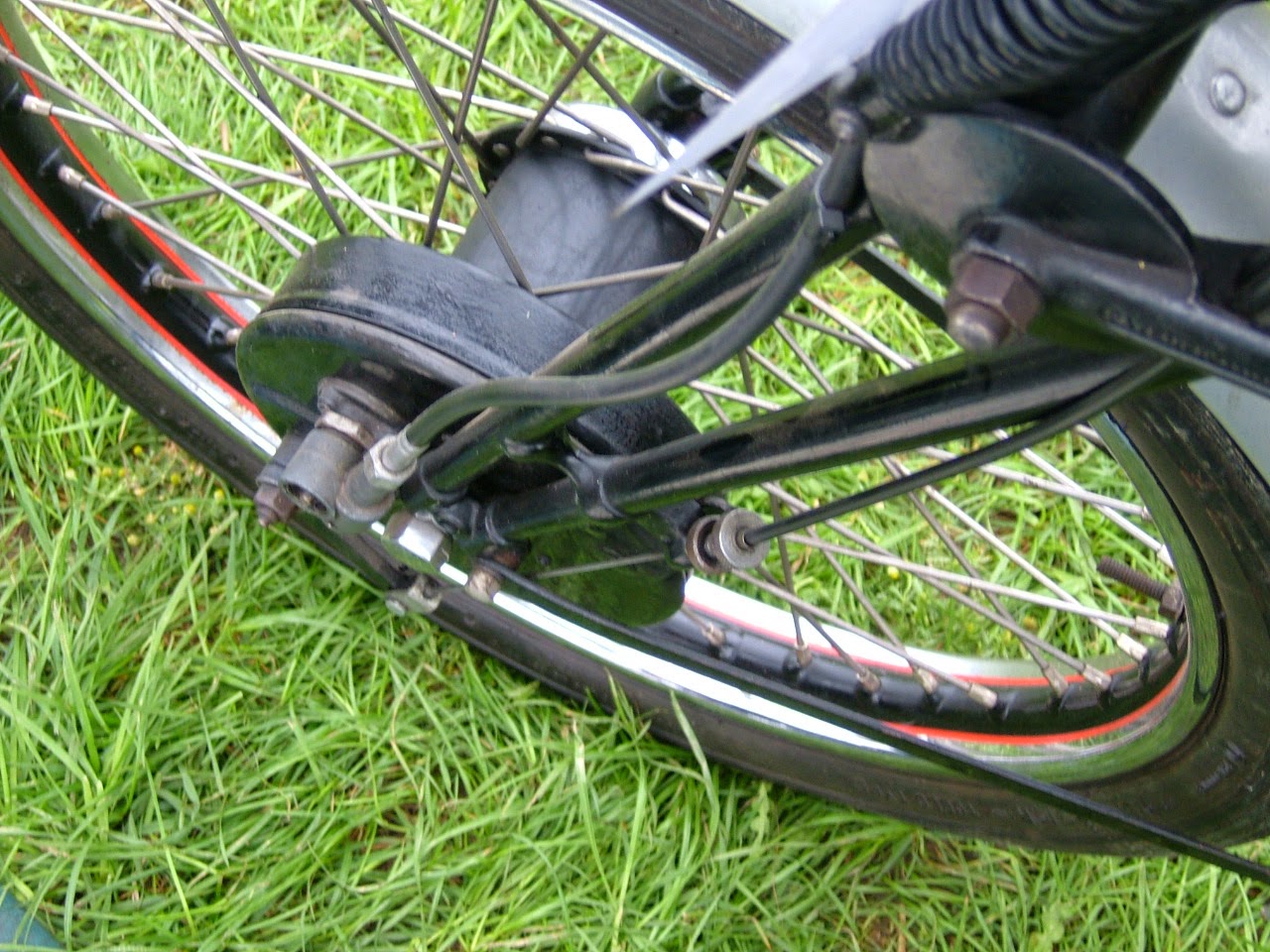 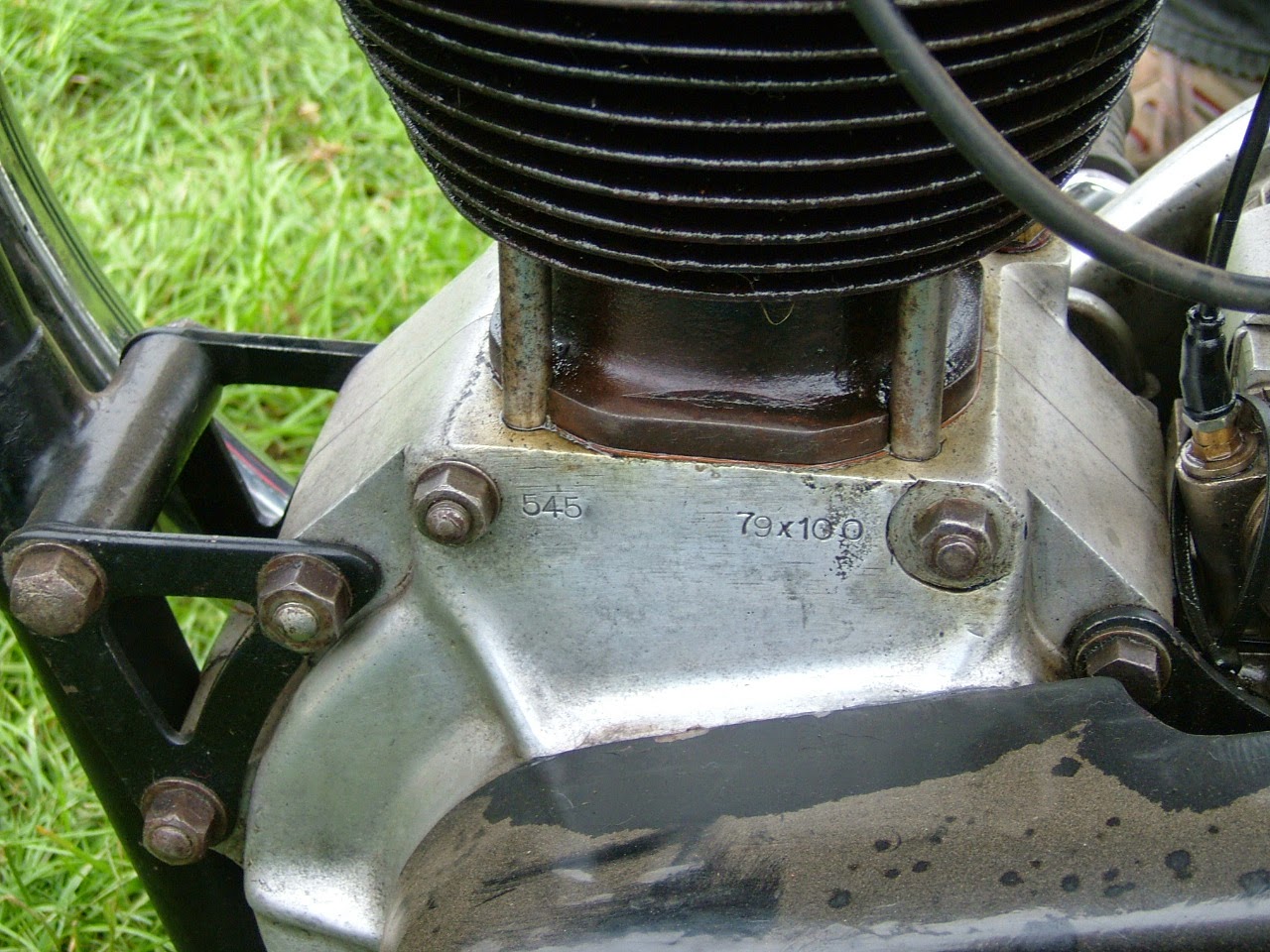