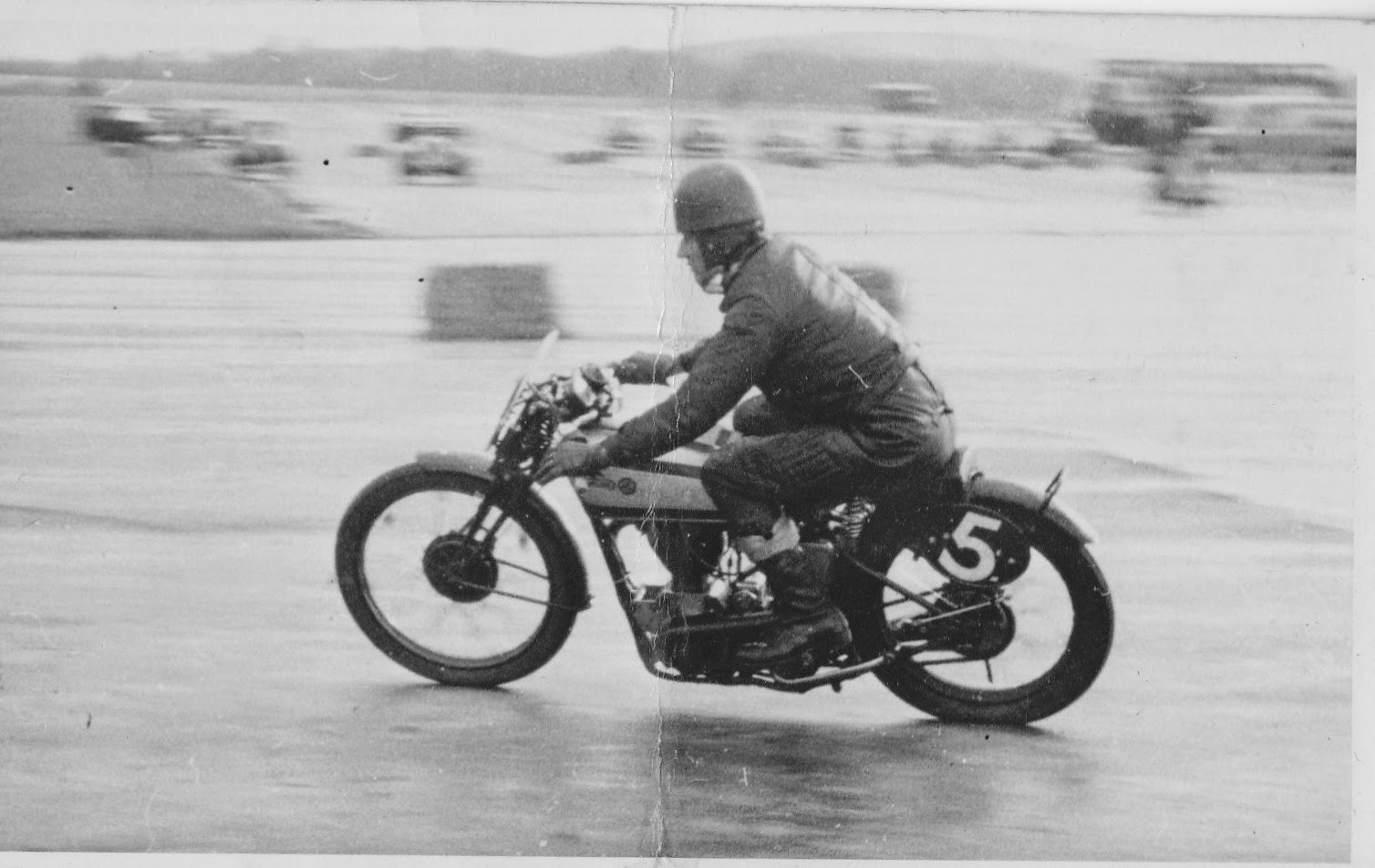 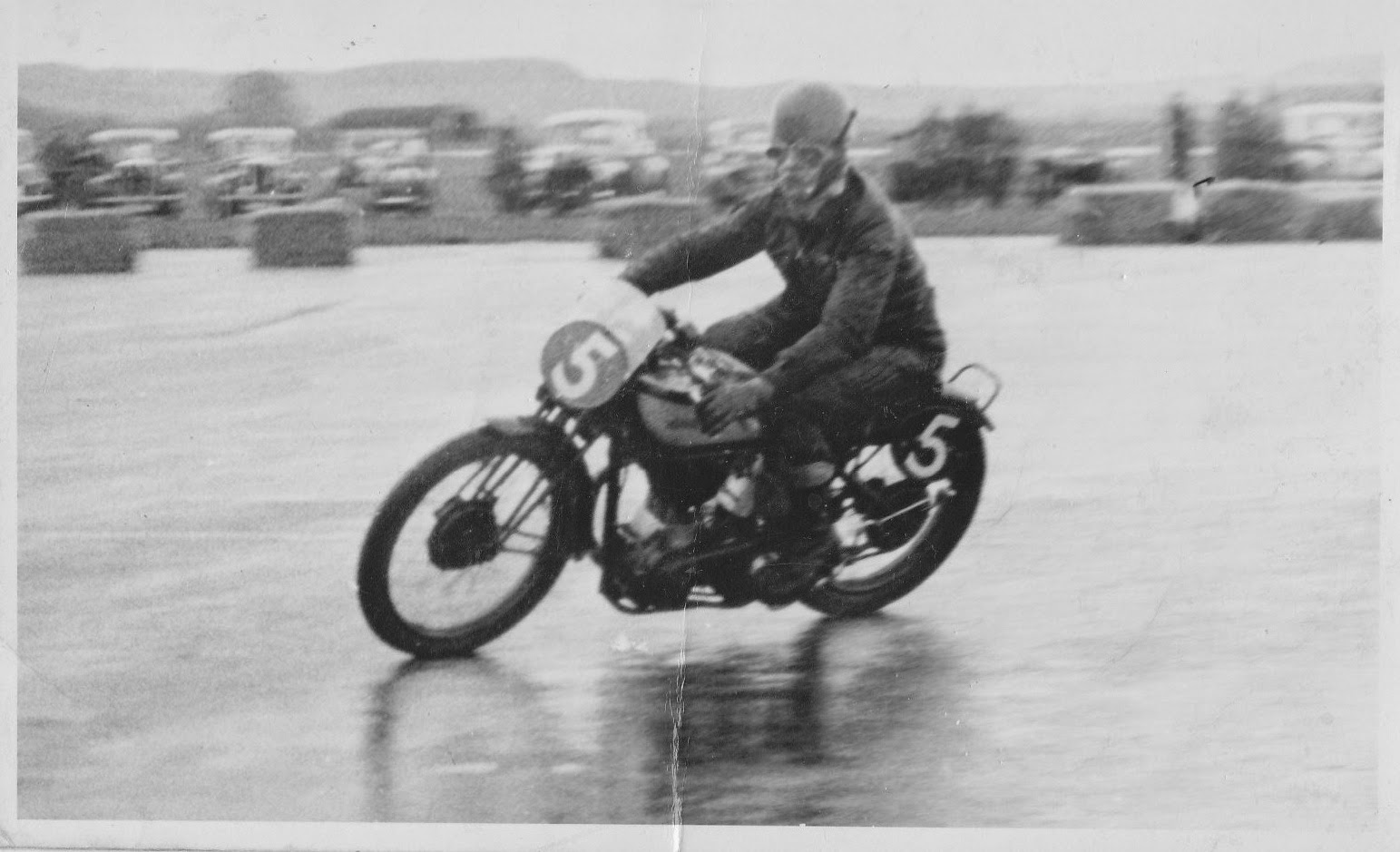 -Alain- These photo's are of one of my father's friends. The photographs directly above and below have a "UK Air Ministry" stamp on the reverse. 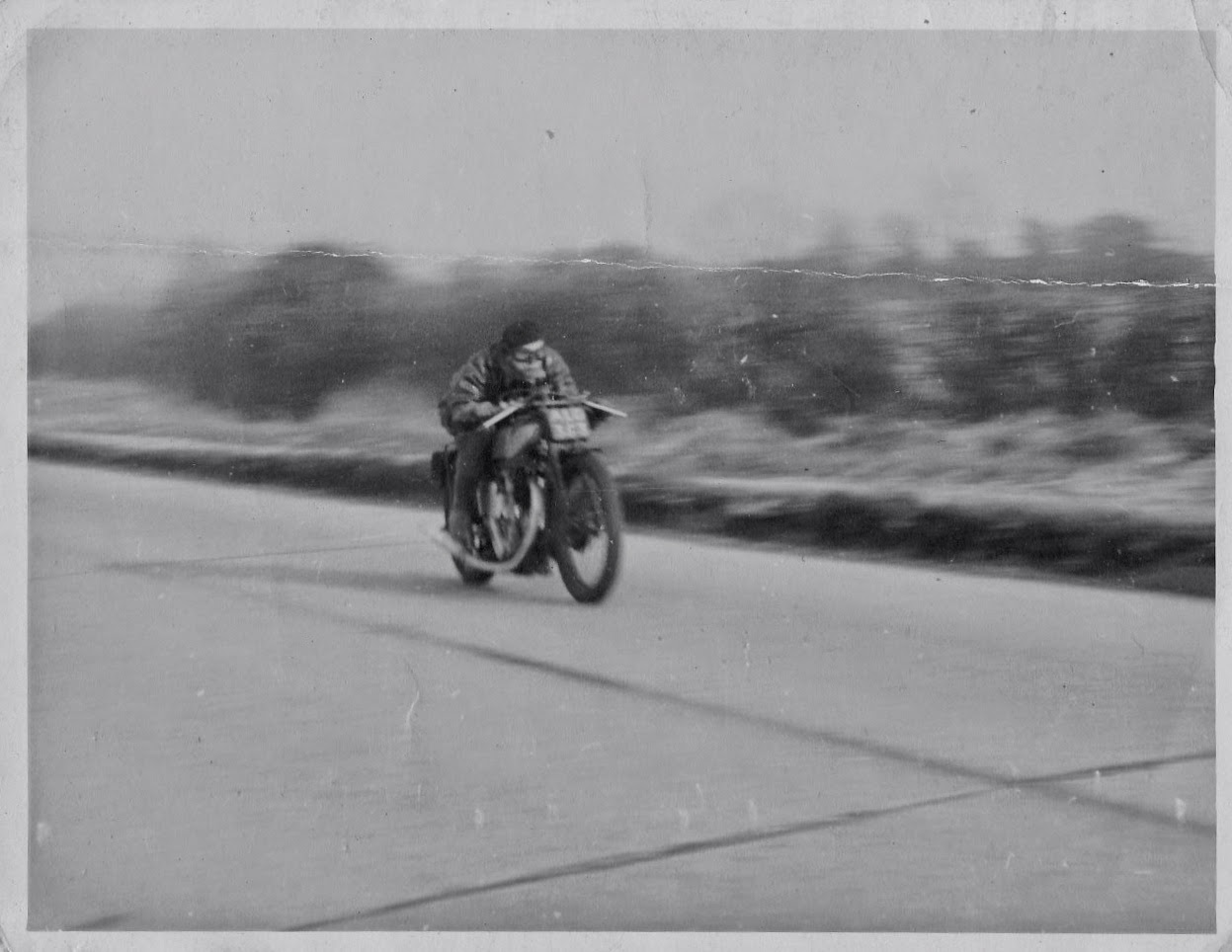 -JdK- This originally was a 1933 Model 30. ALO353 was issued in August 1933 by London C.C. (currently Stanmore London NW). It has some interesting bits fitted; rearset footrests, steel levers on the handlebars, parallel check springs, left hand fillerneck on the oiltank and a home-made gearshifter on the Sturmey Archer 'box.

-Richard- The bike looks like it has been rebuilt and changed quite significantly. The frame is a post 1935 CSI or ES2 type with the curved bottom cradle which with the Inter' wheels (21" front and 20" rear) gives a much higher ground clearance than an Inter' frame does. The forks are also post 1935 and the racing petrol tank looks from the same period. Most of the the other components look to date from 1933, so it's possible the bike may have been in an accident and re-framed at sometime in it's life.
Newer Post Older Post Home