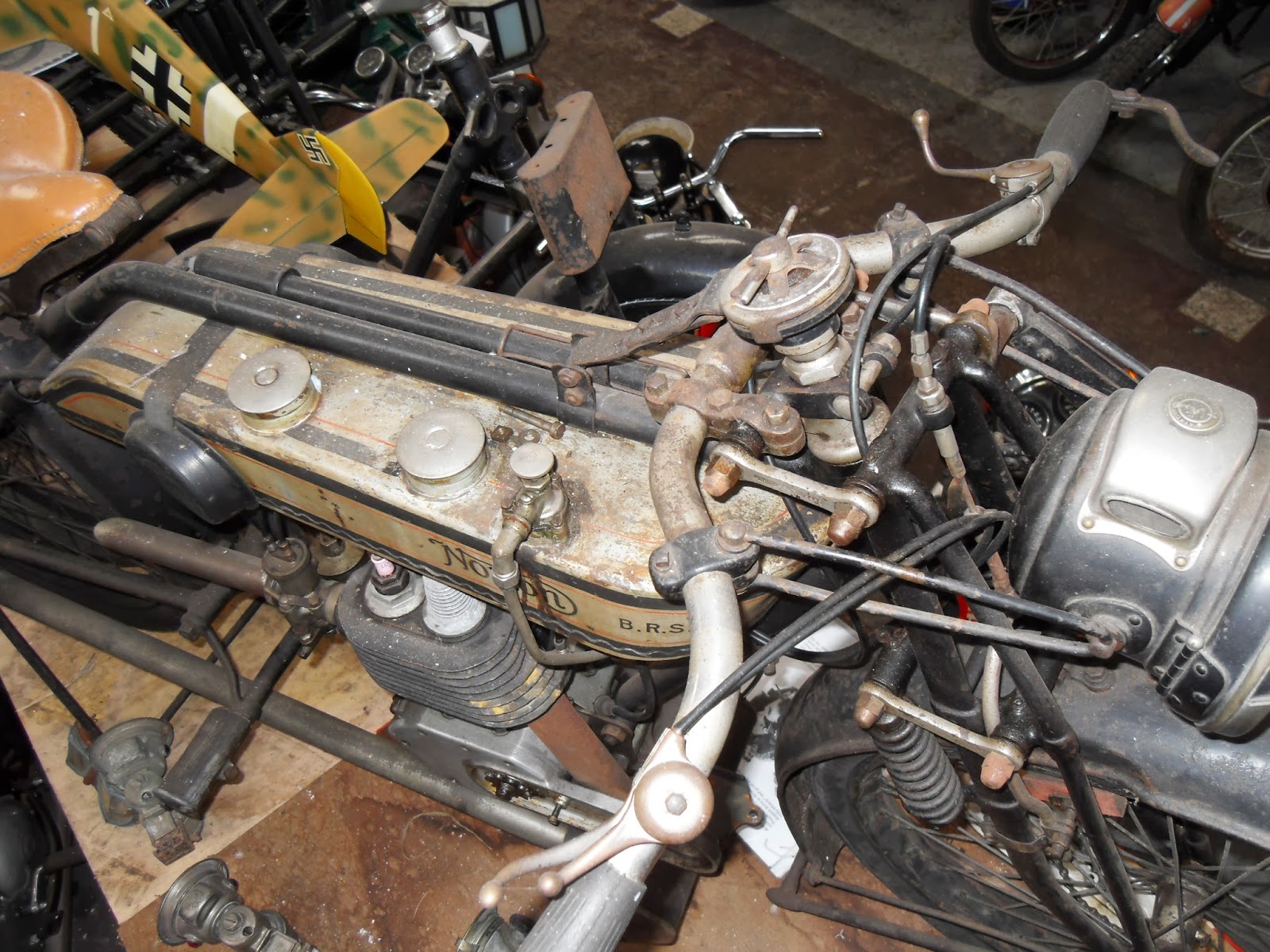 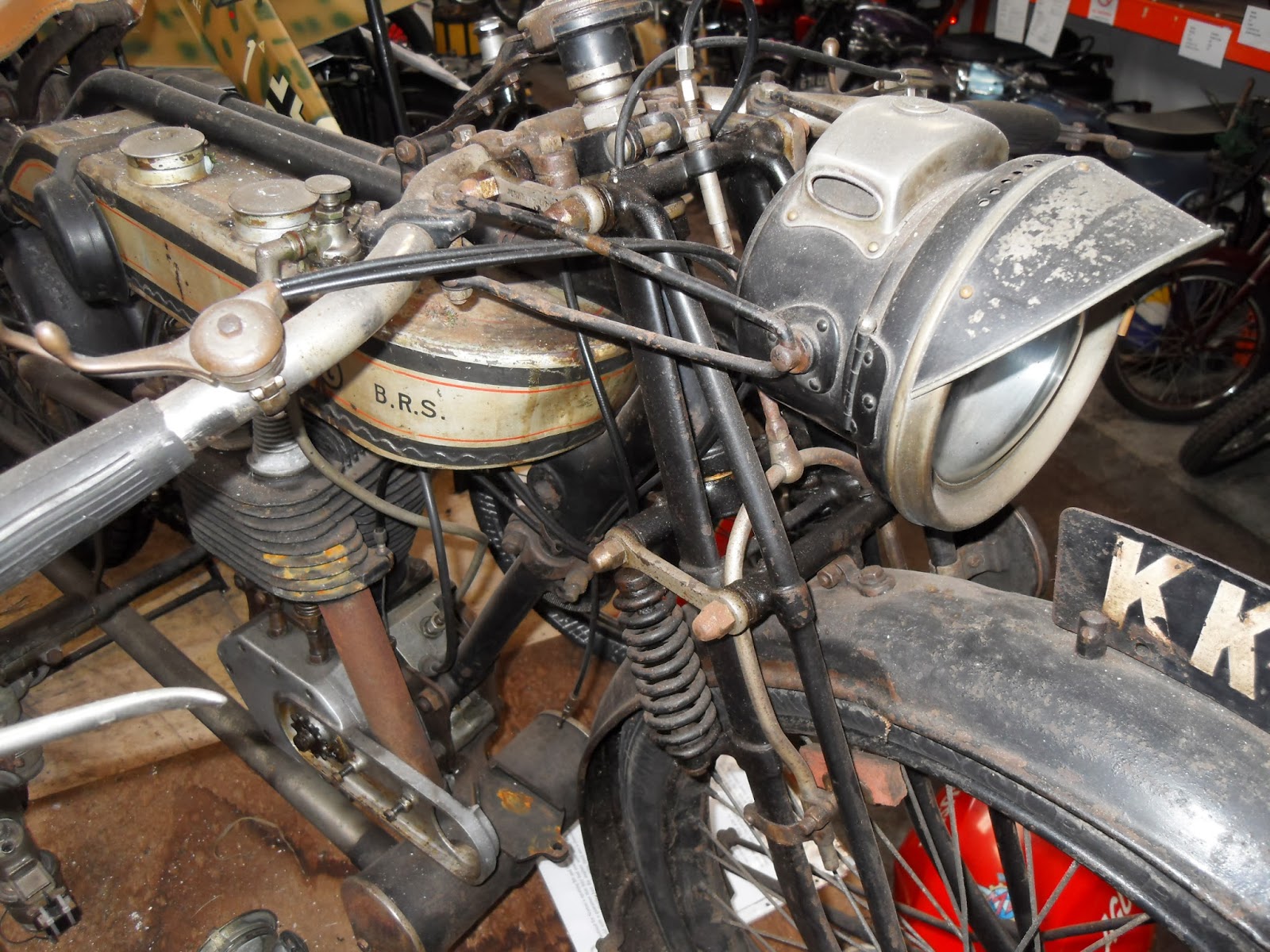 -Martin Shelley- Hereby pictures of an alleged 1922 Brooklands Road Special (BRS, or Model 8) Norton in the Norfolk Motorcycle Museum. They show what is an obviously genuine and original machine. 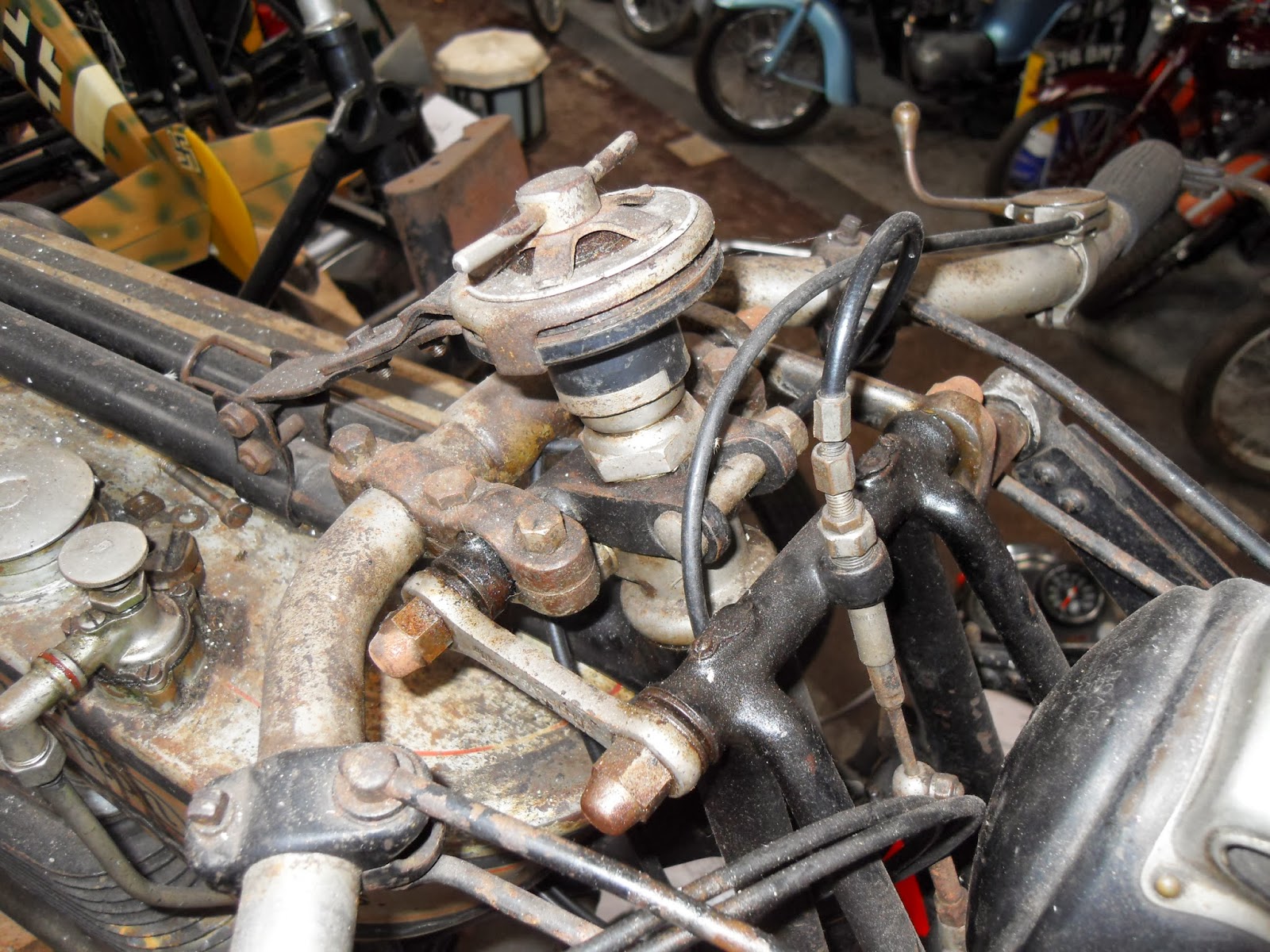 Andrew Neall from the museum writes about the history of the bike as follows "Our BRS was bought new in Norwich by a gentleman named George Swain. He was employed, during the last world war, to photograph bomb damage in Norwich. The bike was then bought by a bicycle shop owner and wheeler dealer named 'Dodger' Kerrison and remains in the ownership of the family. The bike is in original condition apart from a new seat cover." 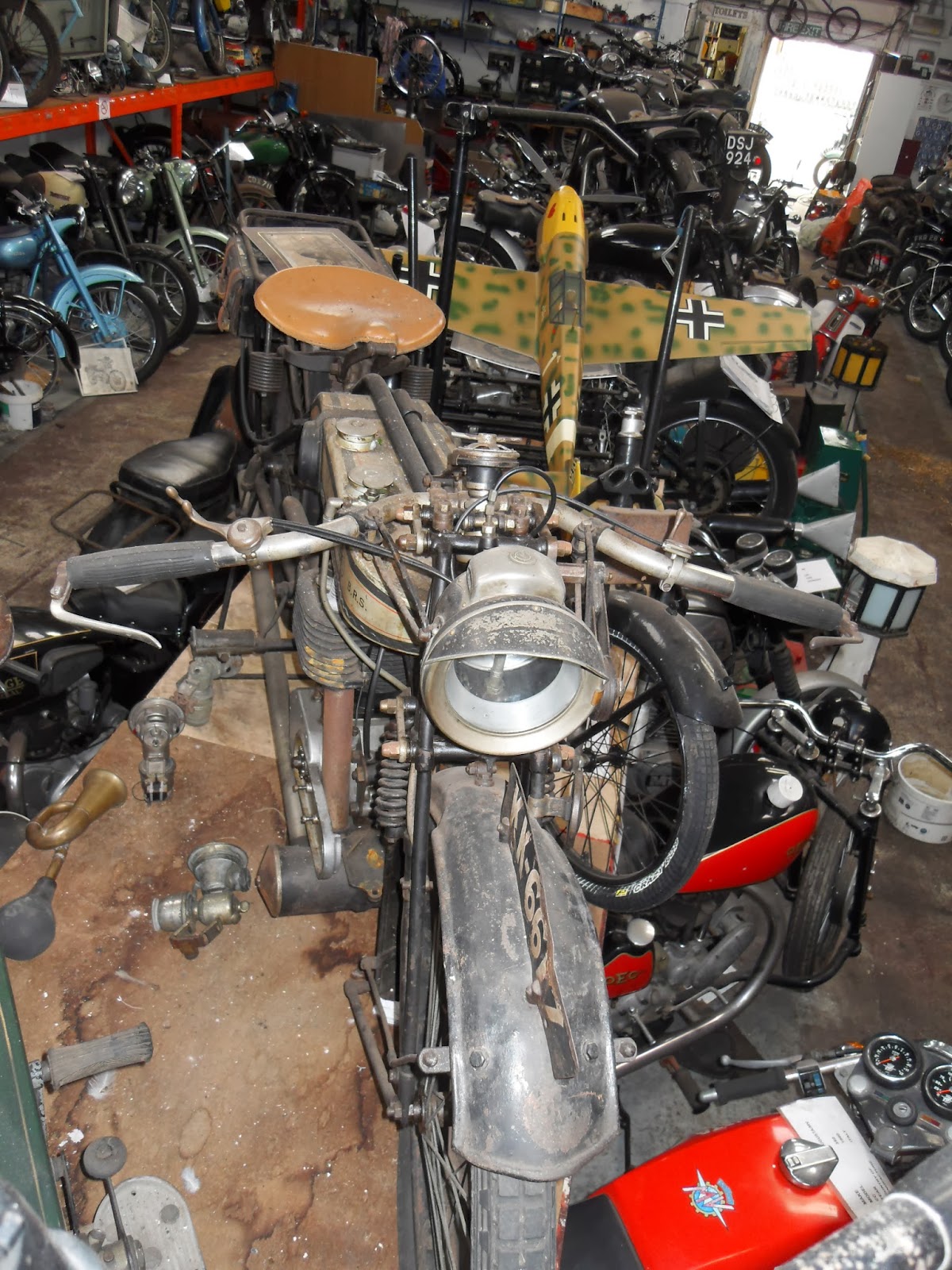 With a 1923 registration from Kent it's perhaps one of the newest belt drive Nortons to survive and later than anything else I have seen. There are lots of other interesting details which can be seen in the attached images. Crucially it has a piecrust-edged tank, while all the others seem to have plain-edged tanks (although actually many - if not most - have replica tanks!) 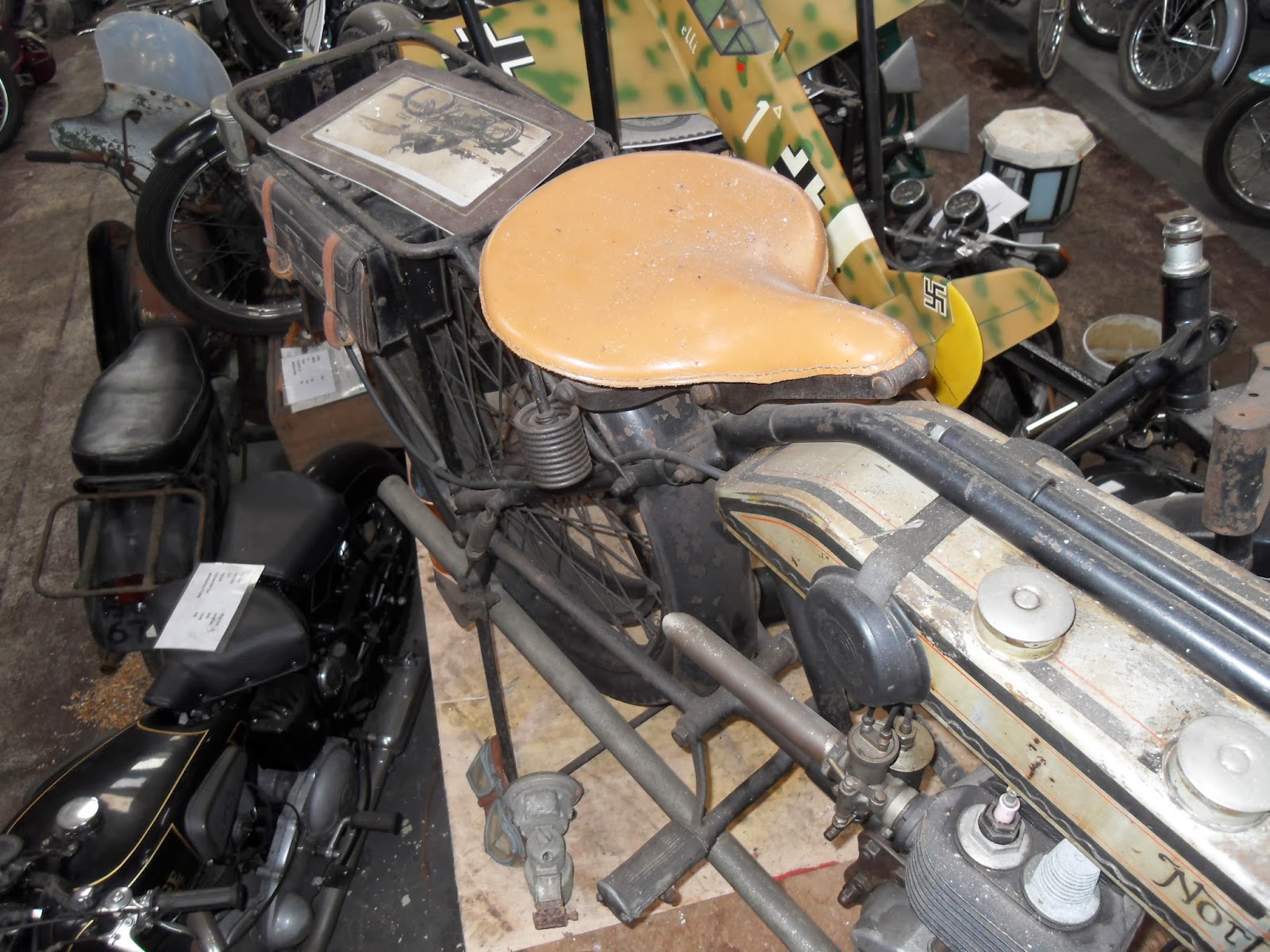 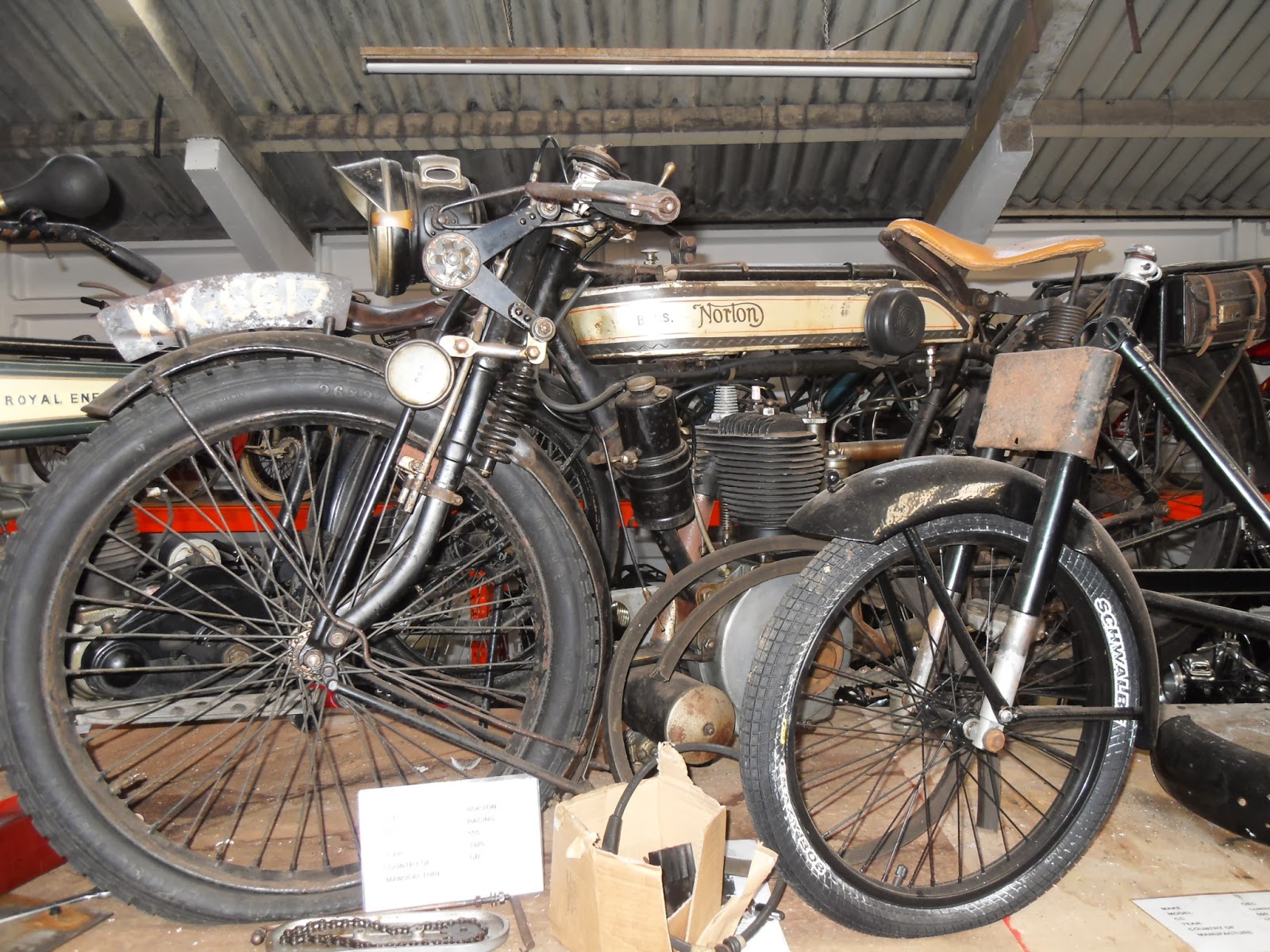 I doubt it's really a BRS as by that stage the direct belt drive model was simply referred to as the Model 9 ...  (note: the BRS and BS (Brooklands Special, or Model 7) models were no more than bikes with engines that had been tested in a slave frame by O'Donovan at Brooklands. They had exceeded 70 and 75 mph respectively. There was no special tuning involved however; there was a lot of variation in the parts used to build the engines and performance could vary by as much as 10 mph as a result). 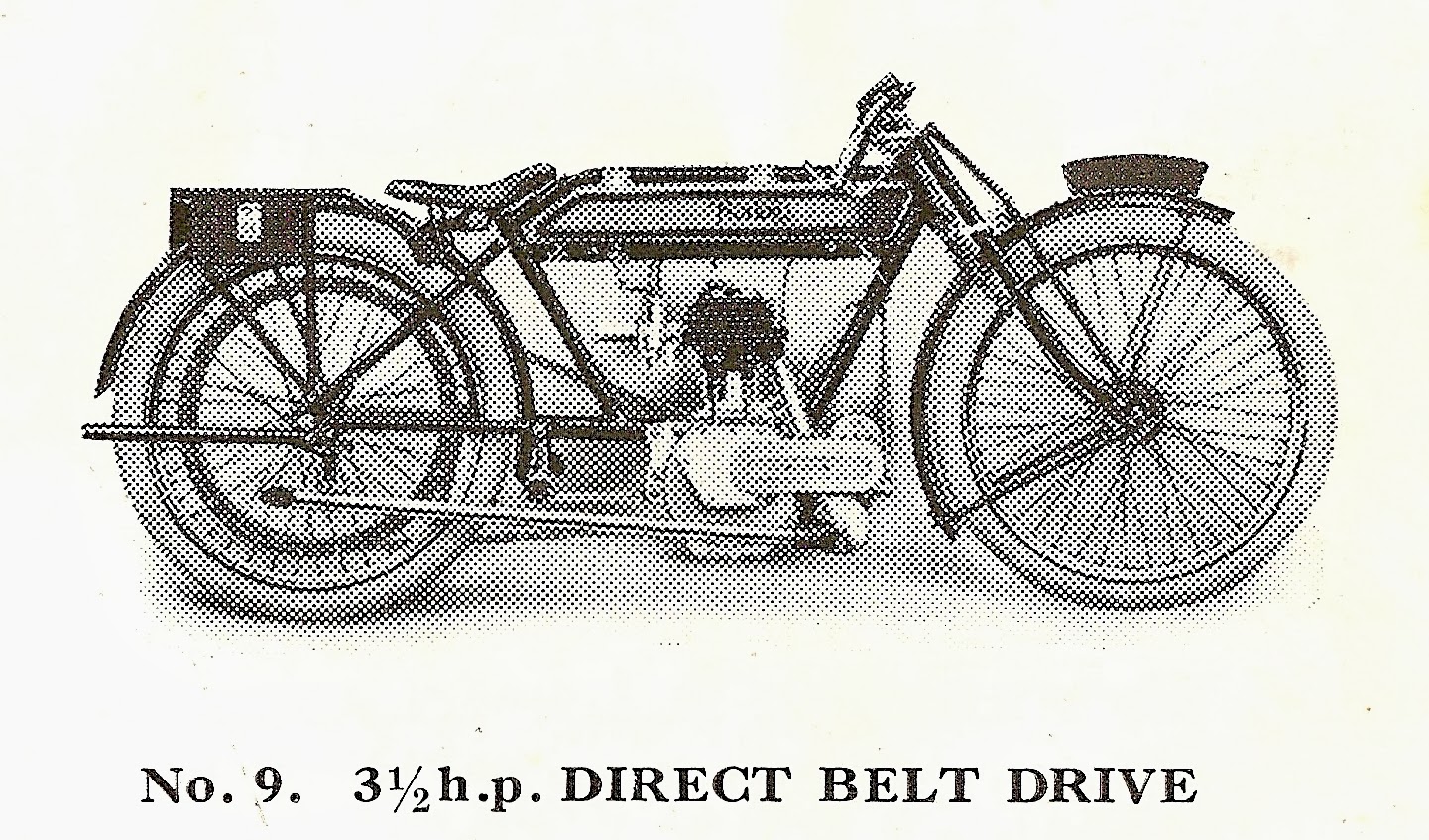 The rather poor picture of the Model 9 from the 1922 parts list (above) shows many of the same features as the Norfolk bike, except interestingly the front drum brake.
Newer Post Older Post Home