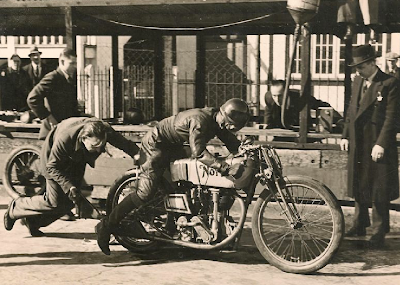 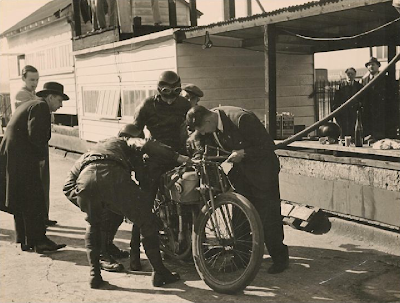 -JdK- From the Genealogy pages of Simon Parker-Galbreath. The photos may depict Denis Minett and his Model 30 Norton. Denis captured the 500cc Lap Record at Brooklands on April 2nd 1938 with a speed of 116.36mph on his Francis Beart-tuned Norton. 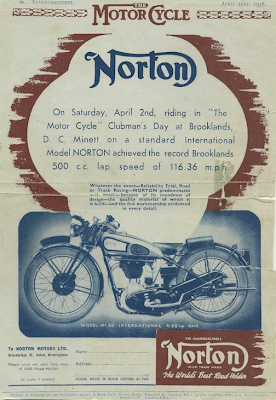 -Roger- The pictures above were taken during a long distance record run rather than during a meeting which is why it has the large tank. The Norton that Denis Minett rode on the 2nd of April was one of Francis Beart's racing Inters and he took the lap record during a run shown in the programme rather than a race. The advert is therefore highly misleading and would now fall foul of the Advertising Standards rules claiming that the record was taken by a standard machine especially as it would have run on dope fuel.
Newer Post Older Post Home