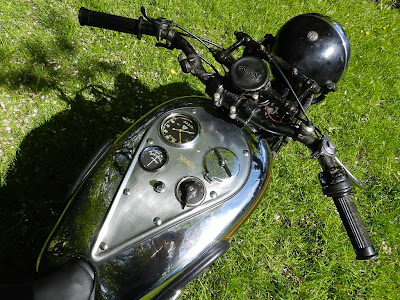 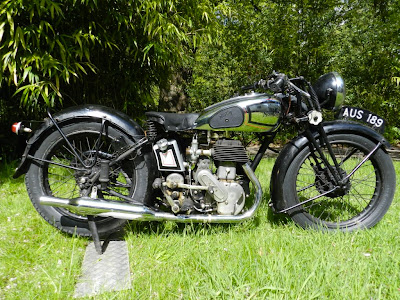 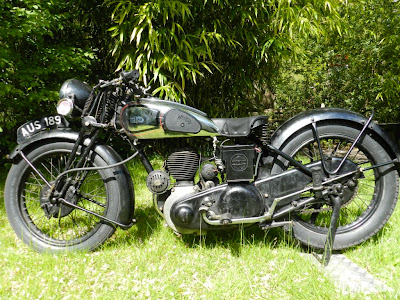 It has not been restored recently; chrome parts like rims and bars have been painted black in the distant past and the tanks I had to do - they had both suffered from earlier hopelessly shabby brush painting. I’ve changed the oil, cleaned the clutch plates, had the magneto refurbished, and that’s about it. Only ran for the first time since 1961 a couple of weeks ago.  No smoke and runs well!
Newer Post Older Post Home