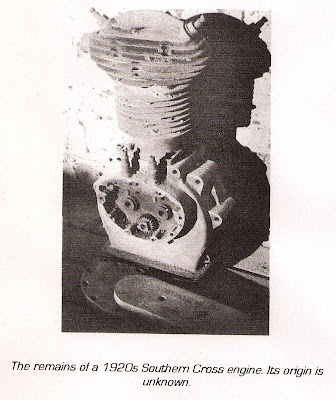 -SG- I recently borrowed a book from our local library entitled "The A to Z of Australian-made Motorcycles 1893 to 1942". This was published in 1996 and the author Rob Saward has identified nearly four hundred different Australian makes in the period. Quite a few of them involved very small production numbers but none the less, they appeared as a "make" in the vehicle registration records. What has this to do with Nortons, you may ask? The answer is: not a lot! But in the early twenties a company called Southern Cross in Sydney, produced three or four bikes with an OHV engine of their own manufacture. This can be seen to be very much Norton based (above). There is no illustration of the complete machine but a Sturmey Archer gearbox was used.

This brings me to another point - despite the weeks it took for letters and publicity material to reach Australia from the UK in those far off days, there were a few instances of local manufacturers fitting the early CS three speed gearboxes as early as 1915, and post WW1, the LS type is recorded as being fitted in 1922. 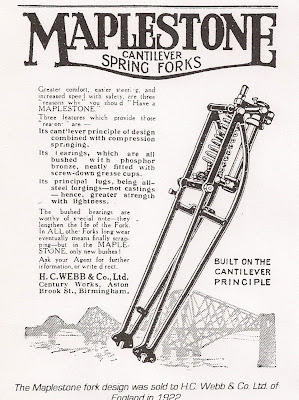 And finally, I had heard some time in the last fifty years that Webb forks originated in Australia, although I had never investigated this. Now, no need! The original design was developed before WW1 by Norm Maplestone, of Coburg, Victoria and after the war, he took his design to England in an effort to interest someone in manufacturing it. He succeeded, and early in the decade, Precision Gauges Ltd of Birmingham started selling it as the Maplestone Cantilever fork. In 1922 the design was bought by none other than H C Webb Ltd and the rest, as the saying goes, is history. 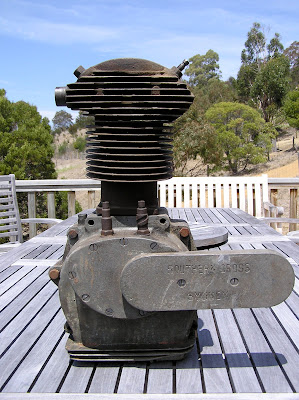 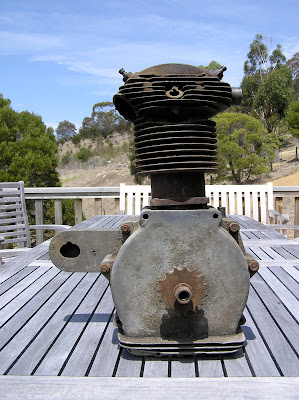 -Howard- The Southern Cross motor is mine, it is numbered 1002 and thought to be the second one made out of four!
Newer Post Older Post Home