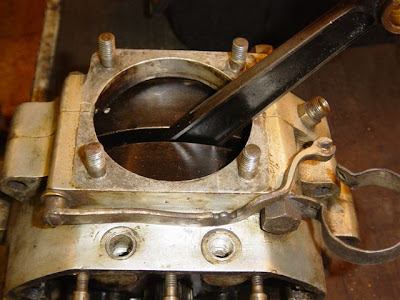 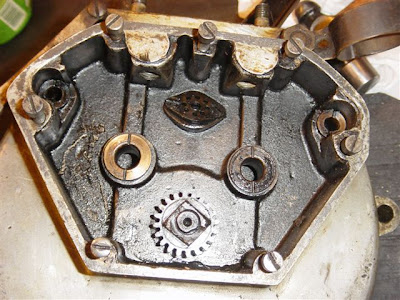 -SG- Juris Ramba in Latvia is in the throes of rebuilding a First World War Big Four Norton which he obtained from Moscow just a few years back. It's source rather disproves the official records (Government) which apparently show no Nortons being sent to Russia at the time. However, the photos of the engine internals are interesting and show how little the general design changed during the twenties. It is thought that the two figures on the end of the engine number indicate the year of production - ie 1917 and that the M/M in the engine number supposedly equals Military Model; but if anyone has any other suggestions, let's be having them! The crankpin incidentally is of the plain bronze bush type and mainshafts supporting the extremely heavy flywheels are the usual Norton size of the time - 22mm. 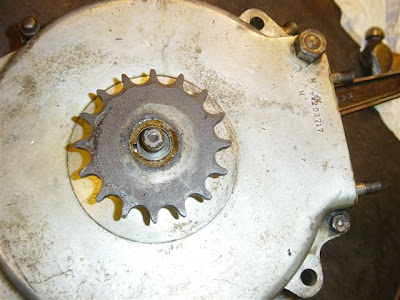 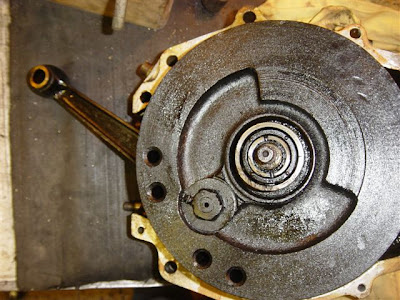 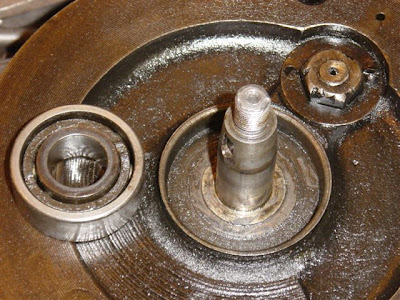