Stanley at the Scott Trial in 1926 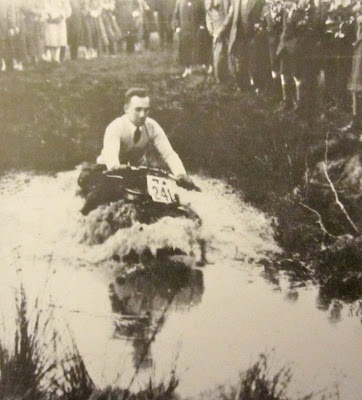 According to the original caption to the photo above this is Stanley in a scramble at Harrogate in 1926. It may not be a scramble however as scrambles in the twenties did not involve much water - but more likely the Scott Trial in which he competed for the first time in 1926 on his free issue Model 18. Because of the big splash one cannot see much of the bike but here's a shot taken at the Scott Trial provided by the later Peter Roydhouse (below). Note the 8 inch front brake and the Birmingham registration number. He apparently had various mishaps in the event and finished the course without a silencer. Peter was fairly sure he had identified this particular bike from the records. 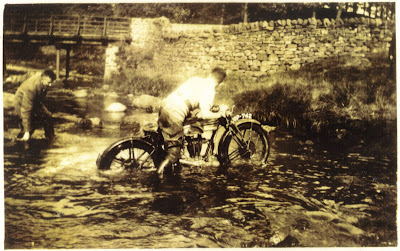 The lower photo shows probably a Model 44 - again a Birmingham registration number OP747 and perhaps a works owned bike. Like the Pike machine recently featured, it seems to have an 8 inch front brake too. 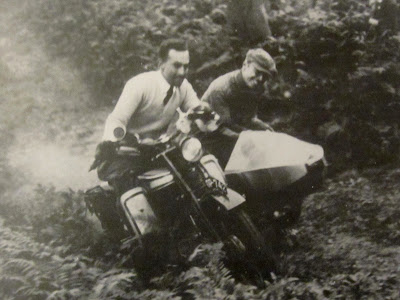