Joe Craig tells of incident between the big races... 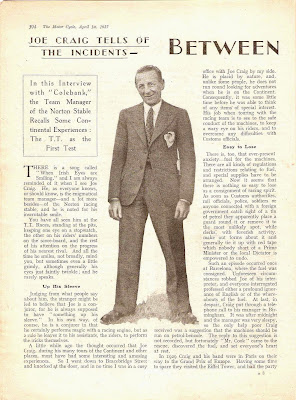 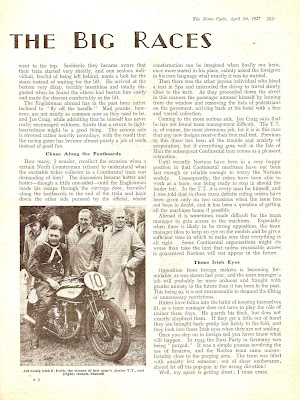 In this article (The Motor Cycle, 1st April, 1937) Joe Craig tells of the experiences of a team manager on his overseas travels with the all-conquering Nortons, which makes interesting comparison with today's Formula 1 circus.  Of course 1937 was to be a bad year for Norton and Scotland with 40 year old Jimmie Guthrie losing his life in the German Grand Prix, as recorded on Guthrie's Memorial on the Isle of Man TT course, which reads: "James Guthrie, 1897-1937. Erected to the memory of Jimmy Guthrie, of Hawick, a brilliant Motor Cycle Rider, famous on the Isle of Man Tourist Trophy Course for his wonderful riding and great sportsmanship. He won the race six times. Beat many world's records and was first in numerous foreign races. He died while upholding the honour of his country in the German Grand Prix, August, 1937."
Newer Post Older Post Home