The Shelleys and Norton history


Nick: "My grandfather was Bob (R.T.) Shelley and I am still in touch with the O'Donovan family although I think that they actually fell out in the 1920's. One of the things that has puzzled me greatly, given Bob's pre-existing involvement in the trade and take over of Nortons in 1913, is that I have found no photographs of him whatsoever and he never appears in the photographs at the end of successful races."


Roger: "I am in touch with Don O'Donovan's grandson Kevin and Tony's widow as well as his great grandson Simon (Gerald's grandson) and through them I have a reasonable collection of pictures of Nortons at Brooklands.  I have no idea what Bob Shelley looked like to be able to find him in any pictures. Certainly while Pa Norton was alive he was the one that appeared in the race pictures although most of the time the activities at Brooklands were remote from the factory.  All of the development work after the OHV engine was developed took a different route to that of the road racers when Walter Moore took over that aspect. Kevin has put me right on one of the stories about Don's involvement with Norton which most writers believe was the result of his marriage to Bob's sister.  In fact he married Bob's sister in law and that was a couple of years after he started racing Nortons. I don't think that Bob fell out with the O'Donovan family when Nigel Spring edged Don out in 1927, certainly Nancy regards Spring as the cause of the problem - something that was confirmed the other day when I was able to listen to the Woolly Worters recorded by Charles Mortimer in 1975."


Martin: "
Bob (R.T.) Shelley's involvement in Nortons is well covered by Mick Woollett in his excellent history 'Norton' which was published by Osprey in 1992. Basically the Norton Manufacturing Company's assets were sold at auction in 1912 and Shelley bid for the company as he was one of the largest creditors.  Bob Shelley had realised that the new company's success (renamed Norton Motors)  depended on Pa Norton's continuing involvement, so he kept James L 'Pa' Norton on as Managing Director. However, Bob Shelley installed his own man Walter 'Bill' Mansell as Joint Managing Director to keep an eye on financial matters.  Bob Shelley's company made steel stampings and castings for the trade, and apart from general engineering, specialised in tools like spanners and jacks (I have examples of both!) but Norton Motors become fairly autonomous, hence Bob Shelley himself does not seem to figure in TT pictures or the like, as he had little or no day to day involvement in Norton.
Dan 'Wizard' O'Donovan was R.T. Shelley's brother-in-law, and he became involved after the 1913 TT where he had ridden an NSU.  His first Norton he rebuilt from a dismantled wreck he acquired at the works.  This bike, known as 'Old Miracle' became a works test hack at Brooklands where O'Donovan and his team used to run in engines before the belt drive bikes were sold, and is now in the National Motor Museum at Beaulieu. O'Donovan stayed at Nortons until he took an offer to develop race bikes for Raleigh in I think 1927.  In the meantime when 'Pa' Norton died in April 1925, the company apparently treated Pa's widow Sarah and the family badly.  Lansdowne, Pa's eldest son, was sacked from the drawing office soon afterwards, and he subsequently became an aircraft designer at the Bristol Aircraft Co.  Bob Shelley passed away in 1927 from cancer, but before he died, he had reconstituted the Norton Motors financial structure to create Norton Motors (1926) Ltd, which helped the company survive the coming depression rather better than many motorcycle companies who folded"
Nick: "
I was in touch with Kevin (O'Donovan's grandson) for a few years until he became too ill to respond any longer. When we first corresponded, he let me know with something of a wry grin that the Shelleys and O'Donovans weren't really on speaking terms but we both agreed that by three generations we should perhaps move on!  I don't think that I ever understood the full details of this fall out but my memory of the discussion is that it might have been over the ownership of a patent. 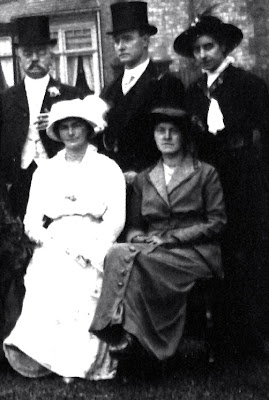 You are right of course in saying that Don married Bob's sister-in-law Hilda in 1915; I must say that she often looked rather severe in her pictures but it might have been something to do with the hats and the hair style of those times. 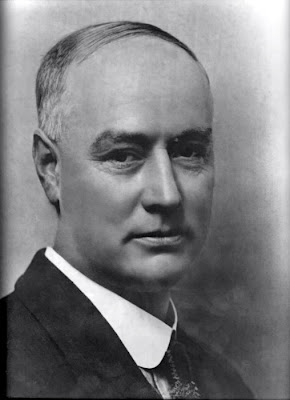 During the period 1913 to 1927 I have only two pictures of Bob Shelley - one at Don and Hilda's wedding and the other a portrait picture taken I am guessing some time in the late 1920's.  I am attaching an extract from the wedding showing both Bob and his step-sister Fredericka (the only know picture of her) and also the portrait. In the wedding extract you will see, from left to right, Charles Frederick Hulley (Hilda's father), her sister and Bob's wife Edie, Bob Shelley, sister Lillah Hulley and Fredericka Shelley aged around 17, photograph taken 19th Oct 1915.

I do remember the allusion to
Pa Norton's family being treated badly, presumably this was by Bob
Shelley. Just at this moment I can't remember if I ever knew the full
details of what happened or not. My understanding is that Bob appointed
his three children Geoff, Ken and Eric within the company for a while
(they would have been in their late teens I guess) but they were chucked
out when Bob died"
Newer Post Older Post Home