I run a unique Model 16H Norton racer; it’s based on a very special side valve barrel provided by VMCC founder Titch Allen who got it from Ivan Wicksteed; a summary is in the cutting below. The machine has reached a top speed of 121 miles per hour which is faster that the speeds obtained by famous tuners of side valve engines in the 1920s. 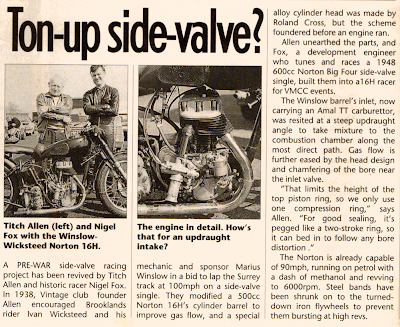 With an OHV engine the required flow past the inlet valve is needed INLINE with the stem. With a SV engine the required flow past the inlet valve is needed at RIGHT ANGLES to the stem. The special used Wicksteed Barrel mentioned has just two changes in direction of inlet flow, a typical SV engine has three and arguably four! SV barrels distort the piston rings are best pegged to let the rings bed in to the shape. A lot of piston squish makes for a cool running engine. I did run an engine with 100% squish over the piston with “pop up pistons (0.5“) ala some USA performance side valve car motors albeit with normal type inlet ports with reasonable results but the inlet flow over and into the barrel can be restrictive. The race version of a good side valve engine will have a lower compression ratio than a good road version. I suspect low CR engines react better (as an improvement on power) to tuned Inlet and Exhaust lengths than higher CR engines (the cylinder pressure at inlet valve closing is lower). The Norton pre war barrel makes a better high performance engine with more space around the inlet valve. I built an engine with a pre war top on a post war bottom (with standard inlet port position) and this was nearly as quick as the Wicksteed motor. This engine was run on 10% water/methanol fuel as it had just a two-piece flat top plate aluminium head. It had a very light flat top OHV piston (lightening an already very light piston plus an HE30TF small end bush) and this blew up eventually - it was so smooth. The rev limit with the SV Norton engine is not the full compliment roller big end (as Titch suspected) but the 8” con rod (the area below the small end). Titch working with his son Roger on the OHV with a stronger and shorter 7-1/2”con rod found the big end bearing was the limit. I road raced a post war Big 4 and the more metal I removed from the head around the Inlet valve the faster it went, the limit was the stud holes, it had a severe undercut around the valve to leave a gasket sealing face. Head sealing with methanol and petrol: I use a half dried out thin coat of Hammerite aluminium paint! Titch is well remembered for recommending a touch of paraffin to modern fuel with the old low CR engines. Prompted by this I carried out some tests with paraffin on a SV road bike. Titches theory (by my understanding) on this regarding old engines and the low octane petrol that was available and used with them is as follows: old engines pitched their compression ratios just below the detonating CR of the low octane fuel available, but put a higher octane in the same engine and the fuel air mixture so lowly compressed is nowhere near the optimum temperature: it’s going to burn slowly and create all sorts of problems. My road paraffin tests were very interesting - I went up to 25 % 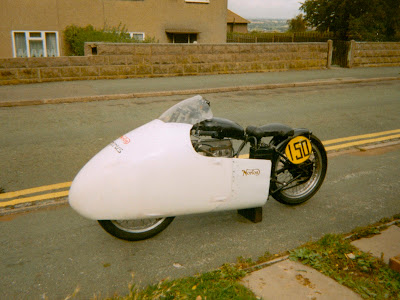 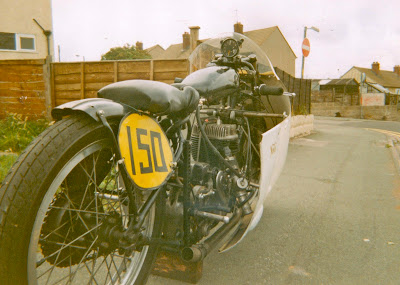 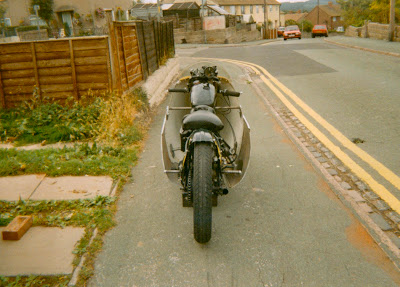 Comment on Run 3: Titch commissioned a friend to do some calculations on Run 3, and as the bike entered the timing lights at 112mph the calculations indicated the machine must have reached at least 121mph to have averaged 116.73 mph over the quarter mile.

(Not about side valve tuning but very interesting nevertheless...)

I worked at Norton (Shenstone) in the 1980s as a draughtsman and later a designer under David Garside and Doug Hele. Doug told me he designed and drew up the laydown Norton gearbox mechanism (I did not know this at the time - a very nice piece of work!). Doug just post war was working on the best flywheel balance factor for the Big4 and a young tester got killed on the test bike somehow and Doug received threats from the poor chaps family - to his life! While there in the 1980s Doug was doing tests with angled (back cut) face dogs on the Norton Wankel gearbox gears to aid selection, a young chap on the test bike crashed mysteriously on a road into Walsall, poor Doug perhaps haunted by the earlier events with the Big4 abandoned the angled dogs project there and then. This is only my interpretation - but he did relate the Big4 incident to me at the time of the crash.

Doug also in conversation about past times also mentioned the Desmo Manx work but he did not seem that enamoured or over excited with the project, Cross rotary valve head - oil everywhere, and also a curious twin carb Manx engine sent over from Australia with much promise, that on test developed no more power than a standard Manx, I said maybe the carburettors were meant to be opened progressively to improve power spread, he gave me the same look; well similar to when I questioned the relatively small size of the carbs fitted to the Manx compared to the G50, Gold Star and racing Italian engines; I was relatively a young man and he was a real gentleman; I only ever heard him raise his voice once!

Doug also recalled to me that when in the 1950s working under Joe Craig he was given a design job for a new wheel spindle, Joe supplied a Velocette sample for Doug to copy, Doug went away and did his calculations and drew up what he thought was a better spindle design and showed it to Joe, his reaction was very abrupt “No just make it like the Velocette !”. Maybe poor Joe too was haunted by the past for Jimmy Guthrie riding was killed while riding a works Norton in 1937; there were also rumours of his crash being caused by the rear wheel spindle breaking.
Newer Post Older Post Home