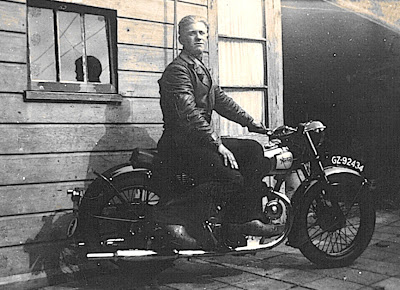 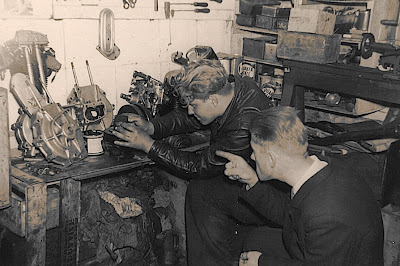 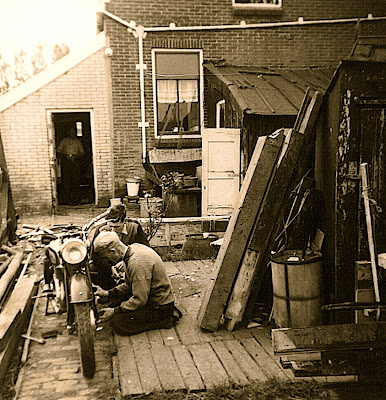 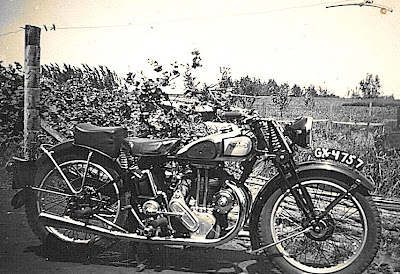 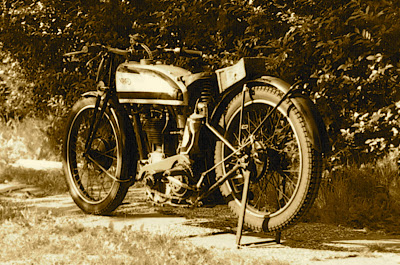 These Nortons used to belong to my uncle Ko. They were made in the 1950s-1960s and the three pics on top show Ko with his bikes. The first photo shows Ko on an early postwar Model 20, note the wooden shoes! In the second pic he is helping a friend fit a piston to what appears to be a two-stroke barrel; there is at least one Norton cammy engine on the bench. GX4757 must be a mid-1930s Model 20 with a too small tank fitted? The Inter in the last pic was sold - or exchanged - at one stage as the engine was wrecked completely; which is a pity as it looks very original.
Newer Post Older Post Home